On 28 September 1896 the governor of Tabasco, Abraham Bandala, agreed a contract for the establishment of a branch in the state capital.

The bank opened a branch in Tapachula, Chiapas, in December 1908 in a two-storied building on the corner of calle Zaragoza and calle Allende. The manager was Tiburcio Tafolla, who came from MazatlánEl Economista Mexicano, tomo XLV, núm. 14, 4 January 1908.

The branch began operations in the first half of 1904 in avenida Villada núm. 2. In 1907 it moved to its present location, facing the Portal Madero. 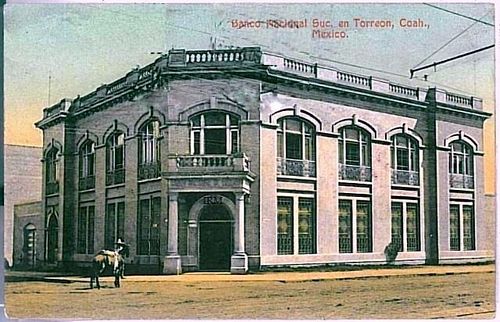 On 1 April 1907 the Banco Nacional de México opened its branch in Tulancingo.

The governor of Chiapas, Ramón Rabasa, wanted to encourage other banks to establish branches in the state so on 12 March 1906 he signed a agreement with José M. Castello, the lawyer for the Banco Nacional de México, to open branches in various locationsHistoria del Honorable Congreso del Estado de Chiapas, Legislatura XXIV (1905-1907). In mid 1906 the bank established a branch in Tuxtla Gutíerrez as part of its expansion plans. The manager was Alberto E. Molina; cashier José Fuentes Oviedo; contador Carlos Moguel (who had been an escribiente in the Banco de Chiapas) and consultor Pedro del Cueto. Its offices were at avenida República and calle Gamboa (today Avenida Central and segunda oriente).

The bank inherited the existing branch of the Banco Nacional Mexicano that had opened in 1882. From 1882 to 1894 the manager was Buenaventura A. Vendrell. Juan B. Martínez was contador and Rafael Fuentes cajero. 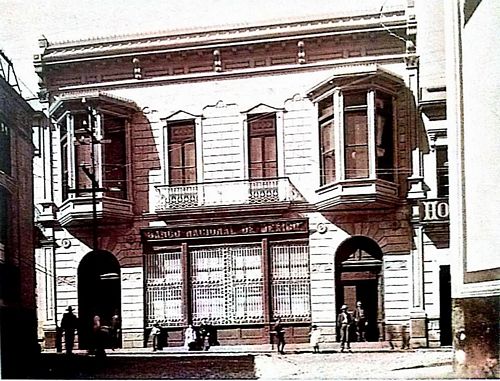 The Banco Nacional de México established its branch in Zacatecas in 1892 at calle Tacuba núm. 23. The Junta de Vigilancia had Manuel A. Buenrostro as president, Ernesto Dussaussay as vice president, Benjamín Gómez Gordoa, Joaquín I. Ibargüengoitia and Ildefonso Portilla as vocales and Bernabé G. del Valle and Benigno Soto as suplentes. Ildefonso B. Armida was appointed as manager and Manuel Córdova as cashier.