On 27 April 1864, two British subjects, William Newbold and Robert Geddes, who were to be the future founders of the Banco de Londres, México y Sud America, arrived in Veracruz on the English steamer Conway. They were expressly commissioned by the Board of Directors of the English company to form a bank of issue, deposit and discount which was constituted on 15 February 1864, as the Bank of Mexico, Ltd. On 25 April of the following year the name was changed to the London Bank of Mexico and South America, Ltd., since it would also operate in Peru and Chile as well as in MexicoThe bank would be directed from London (16 King William Street) by a steering committee, of which John Paterson, head of the Standard Bank of British South Africa, was president and James Levy Hart, who served as vice consul of London in Mexico City, vice-president. On the committee were other experts, and shareholders such as William Walter Cargile, member of the House of Lords and director of the Oriental Bank Corporation, Frederick Harrison, president of the London and Country Bank, Abel Heywood and Robert Rumney, directors of the Alliance Bank linked to one of the most important insurance companies in London, William A. Jones who had directed the Anglo-Mexican Mines Company, Lewis Langworthy, of Manchester, and William Julius Marshall, president of the London Bank of Scotland. (AGN, Ignacio Cosío, Notario núm. 57, vol. 372, 1865. Manuscritos. Protocolización del poder conferido por los Directores del Banco de Londres, México y Sudamérica al señor don Guillermo Newbold, ff. 123v.-129.). 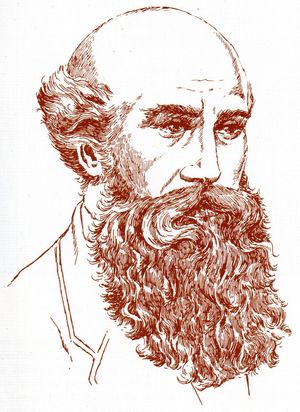 Mr. Newbold reached Mexico City on 4 May 1864, and immediately started to look for an appropriate site in which to locate the new bank offices. On 20 June he rented for $2,100 annually a building at 3 Capuchinas Street in the busiest part of the downtown commercial area of the capital.

Two days later, at the precise time when Emperor Maximilian and Carlota arrived in Mexico City, Mr. Newbold and Mr. Geddes left the Hotel Iturbide to establish themselves in the new Bank headquarters. Imported office equipment cost $761 to which were added office supplies amounting to $453.50. After the first month, William Newbold wrote to London to Mr. William A. Jones, President of the Bank of London, Mexico and South America :

"I would like to see the office completed and open to the public. Carpenters and painters are still working, but I have adapted a small room as an office in which we have been working for the past ten days."

The Bank began operations on 1 July, authorized by the Tribunal Mercantil (Mercantile Authority), in whose register William Newbold, manager of the Bank of London, Mexico and South America, verified that he had met the requirements of the Commercial Code (Código de Comercio) of 1854.

The first three years of operation of the bank from June 1864 to July 1867 were crowned with great success. During that interval they introduced and popularized practices such as cash bank deposits, the use of cheques, banks notes and fire insurance policies. At the same time, by tidying up and simplifying operations which were current in that period and by organizing and expanding the whole banking system with a professional approach, they promoted an increase in the circulation of wealth.

On 15 July 1867 Benito Juárez made his triumphal entry into Mexico City. One of his first acts was to abolish the laws which had been in force during the French intervention so as to nullify all the acts of the Empire. Well aware of the constructive work of the Banco de Londres, México y Sud America, Juárez permitted it to continue operations and to grow without opposition. Judicial decisions of the imperial period were reaffirmed later on by law of 20 August 1867.

During the first years of its existence the bank received sizeable sight and term deposits. Víctor Lean & Co. received a cheque book and another record book for their deposit of $5,000 on 24 August 1864, making this the first bank cheques to be issued in Mexico.

With the same diligence exercised by the founders in the establishment, organisation and expansion of the bank, and benefiting from past experience in dealing with local conditions, the bank put into circulation their first banknotes, dated 13 February 1865, in the City of Mexico. They bore the signatures of A. C. Thurburn, Chairman of the Board of Directors or of William A. Jones, Director of the Bank of London, Mexico and South America in London. Guillermo Newbold signed as Manager in Mexico and Roberto Geddes signed as head cashier.

The first issue in 1865, of only 1,400 banknotes with a value of $5 each, met with immediate public acceptance and many people asked tor notes in preference to silver pesos. By 15 November 1867, the issue of this first type of notes amounted to approximately 1,585 notes.

On 6 May and 16 July 1865 the Bank issued new banknotes in denominations of $10, $20 and $50. On 5 March and 4 June 1866, notes of $100 and $500 were put into circulation. And finally, on 18 January 1867, business firms and the general public were supplied with $1,000 notes which, like the smaller denominations, were freely accepted in territory occupied by the imperial armies as well as in areas held by the Republican forces. The national and international prestige of the Bank was so solid that four months after the restitution of the government of the Republic, the public in general accepted with complete confidence the new $5 and $1,000 notes. These were brought out with the approval of the Secretary of the Treasury, Matías Romero, famed representative of Benito Juárez in Washington during the intervention and Empire. Matías Romero was concerned with the expansion of credit operations with private capital to take the country out of a severe economic slump.

William Newbold travelled to Veracruz in January 1873 to sail for England. Upon his departure from Mexico he left behind a host of friends, and pleasant memories of his fine manners, generosity, sincerity, vibrant personality and his wide knowledge of banking. Above all he was remembered for having established, operated and expanded, in a very short period of time, a credit institution which became the prime example of how to run a modern commercial banking enterprise.

Upon Mr. Newbold's departure, Robert Geddes, former Cashier and General Accountant of the firm, became manager. He was replaced as Cashier by Frederick Hart.

Mr. Geddes managed the Bank until October 1873, at which time he was replaced by Thomas Horncastle, a wealthy English merchant who had resided for many years in the city of Celaya. Mr. Horncastle was manager for only 13 months and was succeeded by Robert Geddes who remained in this post until the end of 1880. He was followed by Edmond J. Anson, manager until 1884 at which time Henry Campbell Waters and Joaquín de Trueba took over the reins.

The English firm published no balance sheets, rendered no accounts, nor was it subject to close scrutiny. lts management was excellent, its conduct honest; all contracts were scrupulously executed and the exchange of banknotes was always assured since they had never presented any difficulty.

When the new Commercial Code of 1884 came into force, the Banco de Londres, México y Sud America was practically out of business because the law prohibited branches of foreign banks. Furthermore, the Mexican government made a commitment to the Banco Nacional de México not to allow the establishment of new banks of issue and to subject existing banks to federal control.

The bank had let the legal time limit set by the Código de Comercio expire without making any claim and on 21 January 1885 the government announced its suspension. The government appointed Jesús Fuentes y Muñiz interventor of the Banco de Londres, México y Sud-América and the bank officials informed him that he would not be permitted to enter on the exercise of his duties. Matters fortunately were not pushed to extremes. The government’s position was a most delicate one. The new President Díaz had just taken over a bankrupt administration which, during its closing months, had literally been carried by the Banco Nacional de México, so that the nation had become heavily involved to that institution. Moreover, the bank’s charter, which had been granted, it is true, by the previous administration, but which the new administration was bound to respect, unmistakably gave it the right to demand the withdrawal of the notes of the Banco de Londres, México y Sud-América from circulation. Cogent, however, as were these considerations, it was clearly perceived by all concerned that the financial situation, though much improved during the few months that had elapsed since General Diaz’s inauguration, was not yet such as to be able with impunity to invite the shock and scandal that would have been incidental to the compulsory liquidation, under government pressure, of a solvent and long-established bank.

Consequently the matter was allowed to drag, through the Banco Nacional de México continued to grumble, contending that if the law was unconstitutional it should be modified or that a new one should be substituted, but that it should not be made practically void while remaining theoretically in force. The Banco de Londres, México y Sud-América asked for a judication (amparo), based on the premise that the new law was not retroactive in character, which very conveniently tied the matter up in the courts and, pending the decision of the case, the bank was allowed to keep its notes in circulation. 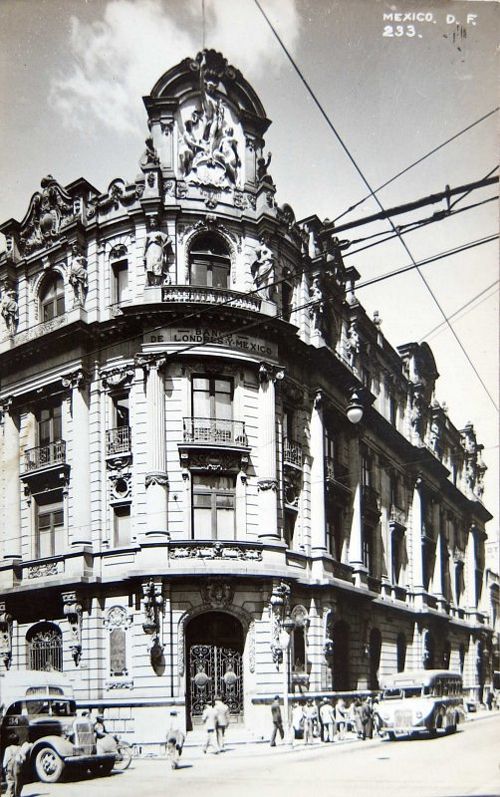 In 1896, several Barcelonnette entrepreneurs joined with other important businessmen, such as the Spaniard Antonio Basagoiti, and took control of the Banco de Londres y Mexico. These Barcelonnettes were León Ollivier from J. Ollivier and Co., León Signoret of Signoret-Honnorat and Co., Jules and Henri Tron from J. Tron and Co., Mathieu Lambert, León Honnorat, and Alphonse Michel.