Bonos of the Asociación Durangueña

In the beginning the rebels extorted forced loans from merchants and other well-to-do citizens, many of whom had all their wealth in lands and buildings. As these properties could not be readily sold, a group of businessmen, who called themselves the Asociación Durangueña, made another suggestion.

On 29 July 1913 the Association agreed a contract with Manuel del Real Alfaro, the Director General de Rentas del Estado, for an issues of bonds (bonos). These 100,000 pesos, in denominations of 50c, $1 and $5, were to be used to overcome the shortage of small change and to pay for the costs of war; they were to be local, of forced circulation and unlimited duration, until the restoration of peace when they would be redeemed in cash. The Association underwrote the issue with properties. Anyone who needed bonos could purchase them from the Tesorería in exchange for merchandise or stock. This contract was ratified by the provisional governor, Pastor Rouaix, on 31 July, who declared the notes of forced circulationPeriódico Oficial, Durango, Tomo XXXVIII, Núm. 54, 17 August 1913.

The Asociación Durangueña set up an office in the Palacio del Gobierno which opened to the public on 16 August, and the notes began to circulateEl Demócrata, Durango, Segunda Época, Tomo II, Núm. 2, 17 August 1913. On 1 September it was reported that the $1 and 50c notes had been issued but the $50,000 in $5 notes had not yet been put into circulationThe Mexican Herald, 1 September 1913.

On 13 September, because of the shortage of small change, Rouaix agreed that the Association could replace $5.000 in $5 notes with a similar amount in 20c notes, so there were four different valuesPeriódico Oficial, Durango, Tomo XXXVIII, Núm. 57, 21 September 1913. 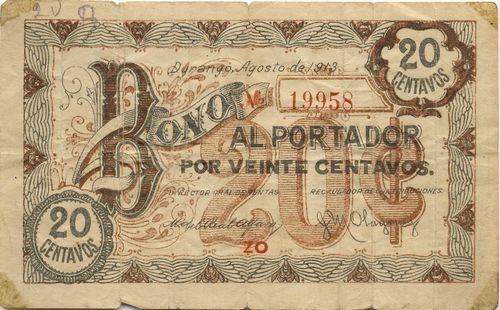 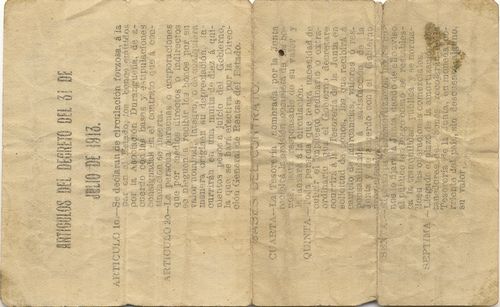 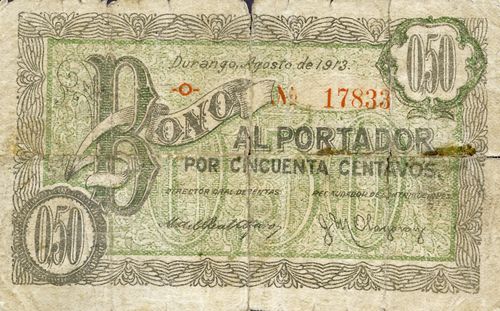 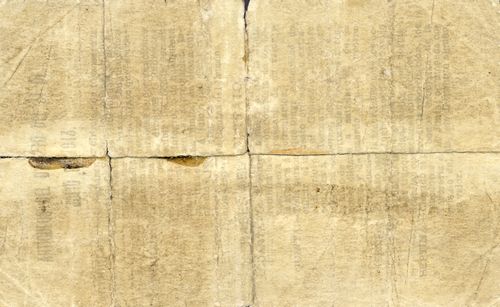 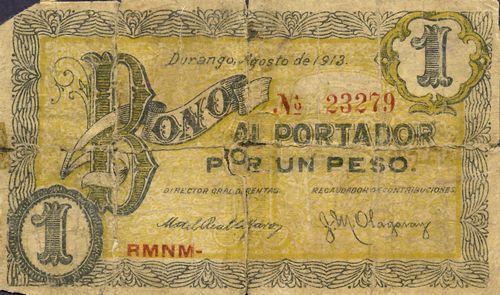 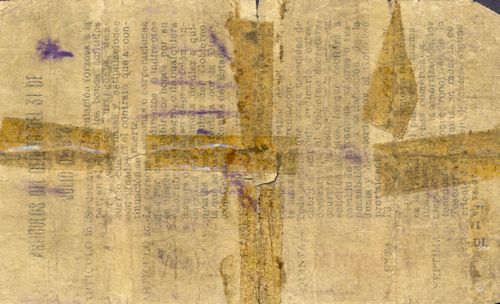 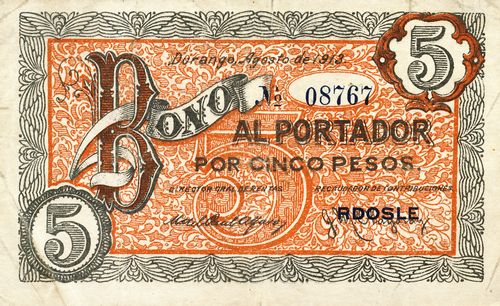 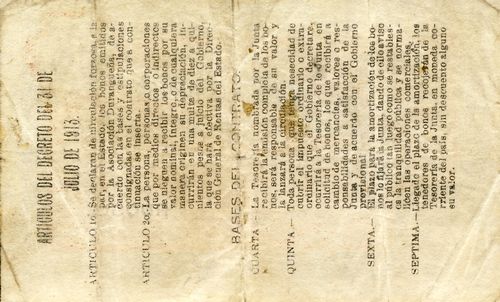 These notes have red code letters.

These notes carried the signatures of Manuel del Real Alfaro as Director General and Juan M. Olagaray as Collector of contributions (Recaudor de Contribuciones). On the back they carried the first two articles of the 31 July decree and four clauses from the agreement with the Association.

After a meeting with more than 30 businessmen on 2 October the Director de Rentas agreed a second issue of $100,000 in 20c, 50c and one peso notesEl Demócrata, Segunda Época, Tomo II, Núm. 19, 16 October 1913. They were of the same design but have the overprint ‘2a. Emision’, and the new date on the face and reverse. 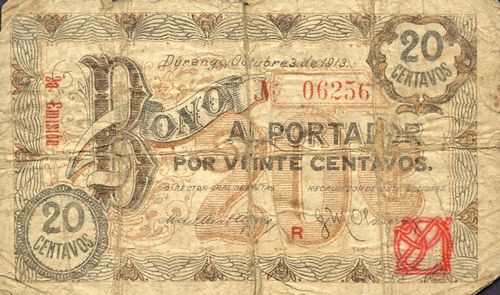 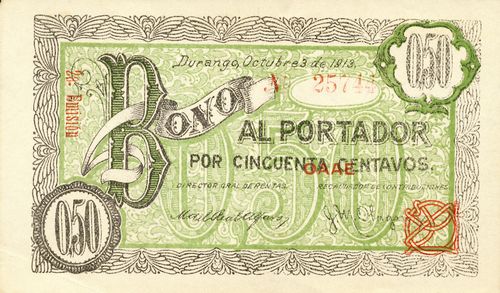 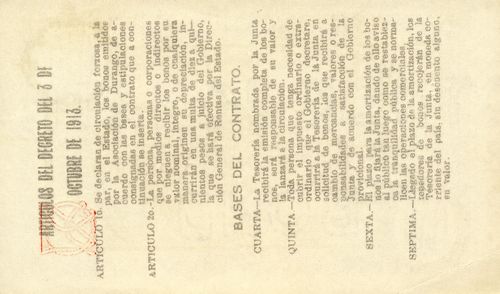 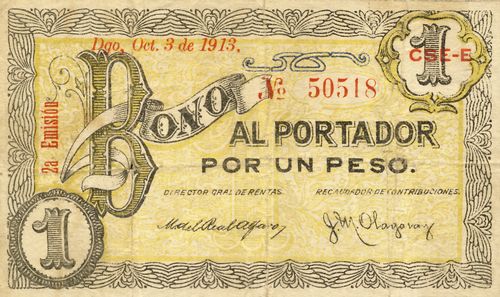 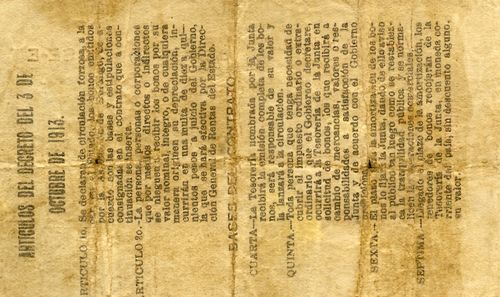 On 18 October 1913 the Jefe de Armas, Severino Ceniceros, and Presidente Municipal of Torreón, Ciro M. Santelices, added these Durango notes to those in forced circulation in the townPeriódico Oficial, Durango, 6 November 1913.

For the future history of the acceptance of these notes see the section 'Villista attacks on 'Carrancista' issues'.