On 4 December 1891 Finance Secretary José Limantour granted Antonio Pliego Pérez a concession[text needed] to establish a a bank of issue (banco de emisión, depósito, descuento y circulación) in Toluca. However, Pliego Pérez failed to fulfil one of the conditions in the contract, probably the lodging of a $30,000 guarantee, and the contract was declared void in the bonfire of unfulfilled contracts that Limantour made in March 1897 to prepare the way for his Ley General de Instituciones de Crédito. Pliego Pérez was one of the founding shareholders of the bank that was subsequently established in 1897.

Luis de la Barra, director of the Sindicato de Ingenieros de México, suggested founding a bank to Barón Carl de Merck, of Merck, Weisser y Cía. Merck visited Mexico together with the German banker Otto Frommer to study the possibilities, and after the passing of the Ley general, on 22 March 1897 de Merck, Frommer and Donato Chapeaurouge applied for a concession for a bank in the state of México. The contract was signed on 2 April 1897. 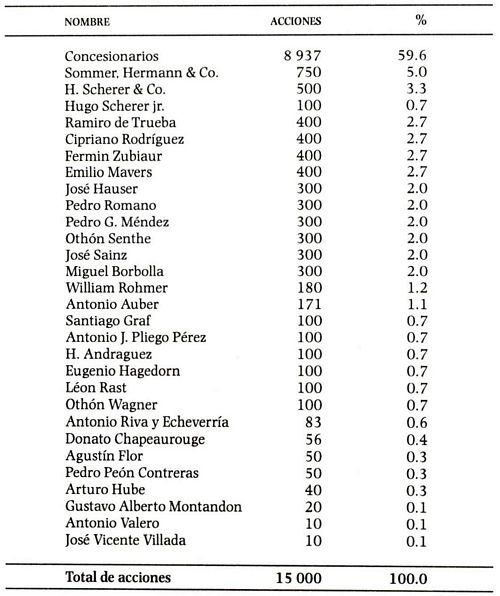 Among the founding shareholders were prominent impresarios, who were both hacendados and businessmen, such as Santiago Graf, Alberto Henkel, Antonio Pliego Pérez y Antonio Riba y Echeverría.

According to the original plans the baron de Merck would be the Director General, with Donato de Chapeaurouge, of the Casa Bancaria de Esteban Benecke y Sucesores in charge of the Mexico City branch. However, in July 1897, disagreements between the concessionaires and shareholders led to the former leaving the enterprise. The Mexican shareholders took over the direction of the bank from the foreign promoters and a new board was established, composed of José Vicente Villada, the governor of the state, Ramiro Trueba, T. Hauser, Hugo Scherer, Donato de Chapeaurouge, F. Zubiaur and Santiago Graf. Villada gave up the presidency on 3 August 1897, at the first annual general meeting, and was replaced by Juan Henkel. 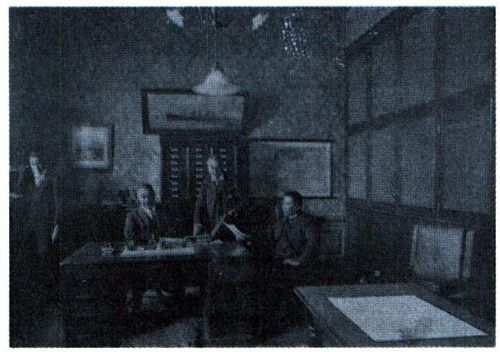 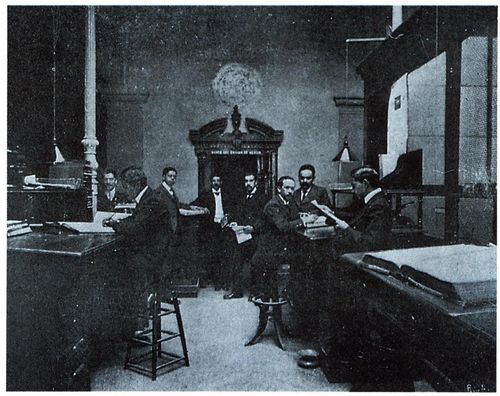 The bank’s initial capital was $1,500,000. In December 1905 the board decided to double its share capital to $3,000,000, and as a result reconstructed its board in Toluca, composed of early shareholders (Eduardo Henkel, Alfredo Ferrat and Alejandro Pliego) and estabished a Comité Directivo in Mexico City, on which sat old shareholders (Fermin Zubiaur), representative of powerful German casas comerciales (Juan Hatfiel or Ernesto Shroeder), financiers connected to the Banco Central Mexicano, allies of the Científicos (Manuel Araos, Ramón Alcázar) and a guarantor of French interests (Fernando Pimentel y Fagoaga).

The bank opened a branch in Morelia, in the neighbouring state of Michoacán, on 27 September 1899Memorias de las Instituciones de Crédito correspondientes a los años 1897-1898-1899, tomo I. By 1905 the bank had established branches in Tenancingo, Coatepec Harinas, Zacualpan, Temascaltepec, Sultepec, Ixtlahuaca, and Morelia, Michoacán, and agencies in Pátzcuaro, Uruapan and Ario, Michoacán, and Acámbaro, Guanajuato.

On 3 September 1900 the Congress authorised the Executive to allow the Ayuntamiento of Toluca to contract with the Banco del Estado de México a loan of $20,000Gaceta del Gobierno, 5 September 1900.

This is apparently a part manuscript, part printed "paste up" prepared by Perkins Bacon, so the bank appears to have sought quotes from other suppliers before deciding on the American Bank Note Company..

The American Bank Note Company made three print runs. It engraved a special vignette of the valley of Toluca (C 642) for the backs.

For the 1906 printing the ABNC erased the dateline and changed "Director Gerente" to "Cajero".

On 16 December 1915 the Comisión Reguladora reported that the bank was within the requirements of the Ley General and so could continue operating.