These state that they were issued in accordance with a decree given in Mexico City on 1 July 1915[text needed]. As the Conventionists were driven out of the capital by Pablo González and his troops on 11 July, they are dated Toluca on 16 August 1915. They carry the facsimile signatures of Luis Zubiría y Campa as Ministro de Hacienda and Enrique Liñeiro as Tesorero de la Federación.

Ironically, on 16 August Luis Zubiría y Campa, in Toluca, listed the issues that the Convention deemed of forced circulation, but these obviously had not yet been issued. 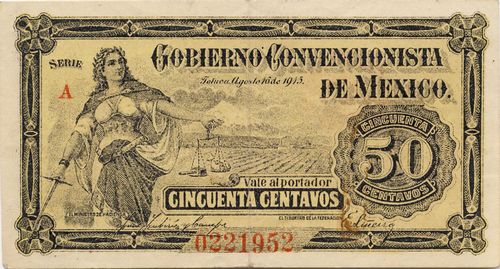 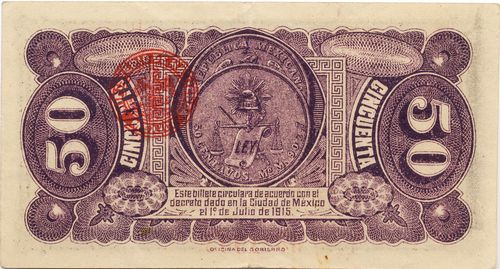 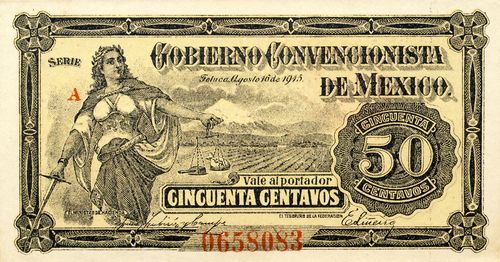 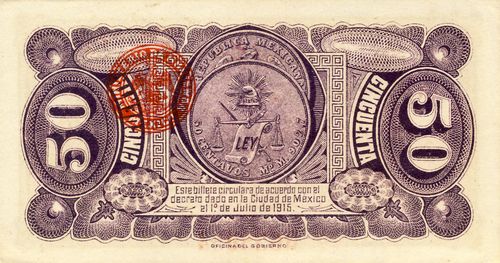 On 21 October 1915 Coronel Jesus M. Ponce wrote to Emiliano Zapata that he had saved the presses used for printing notes when they were driven out of TolucaAGN, Colección Cuartel General del Sur, 187767/90 letter Ponce, Malinalco, to Zapata, 21 October 1915.

These notes bear a striking similarity to a subsequent issue of $5 notes that the Convention made in Cuernacaca in October 1915.