A federal concession for a bank in Guerrero was granted on 30 September 1903, but the promoters had difficulty in raising the necesary finance and had to ask for extensions to the time-limit and a reduction in the capital required. The first bank did not actually open until three years later.

On 31 March 1906 a meeting of shareholders was called to choose a Consejo de Administración in Iguala, a Consejo Consultivo based in Mexico City, and two comisarios. The board was composed of Antonio Lavín, Guillermo Mastache and Cándido Nava; the consejo consultivo of Ricardo Honey, Emilio Velasco, Porifirio Díaz (hijo), Joaquín Eguía and Tomás P. Honey, and the comisarios were A. Lozano R. and Enrique Carral. Rogerio L. Hersberger was appointed director and Eduardo W. Dawe, cajero contadorThe Mexican Herald, 15 April 1906.

The bank opened in Iguala, the only town in Guerrero with a rail link to Mexico City, on 2 July 1906 with its offices in a building that had served as the Hotel Universal and had been extensively remodelled“On Monday last the Bank of the State of Guerrero was inaugurated and its doors thrown open to the public. In view of the difficult means of communication between Chilpancingo, the capital of the state, and all important financial centers, the bank was establishes at Iguala, by special authorization from the Government, as that town is connected by rail to the City of Mexico, and therefore better adapted for financial business than Chilpancingo.
Last Sunday Mr. Richard Honey, who is president of the Guerrero bank, left for Iguala on a special car, accompanied by Major Porfirio Diaz, Mr. Luis de la Canal, general inspector of banks, Mr. J. V. Burgos, sub-manager of the International and Mortgage bank of Mexico, Mr. B. Honey, Jr., Mr. W. J. Honey, Mr. H. E. Brooke and several other prominent persons.
At Cuernavaca the governor of the state of Morelos, Mr. Manuel Alacaón, and the manager of the Morelos bank, Mr. J. Carreon, joined the party. Lunch was served on the car soon after leaving Cuernavaca.
A most hearty reception was accorded the visitors on arrival at their destination, many of the prominent people of Iguala being at the depot to receive the party from Mexico. After visiting the bank’s premises and driving around Iguala, the visitors returned to their car to sleep. On Monday morning the bank’s doors were thrown open, amid great enthusiasm, and immediately following the inauguration, all the invited guests were regaled with a sumptuous banquet, during which many appropriate speeches were pronounced.
In the evening a grand ball and supper were offered to the visitors by the leading families of Igual, the enjoyable affair being kept up till the early hours.
The Bank of Guerrero occupies the building formerly known as the Hotel Universal, which was purchased some months ago by the founders of the bank and thoroughly remodelled to meet its present requirements, It is probably the finest building in the state.
…
The special car bearing the party from Mexico left Igual on Tuesday morning, a most enjoyable time having been spent by all who attended the inauguration of the institution.
Owing to stress of business the governor of the state of Guerrero, Mr. Manuel Guillen, could not attend the opening ceremony, but he telegraphed congratulations and best wished from his capital.
A telegram was also received from the president of the republic, wishing the bank all success and prosperity.” (The Mexican Herald, 7 July 1906) . 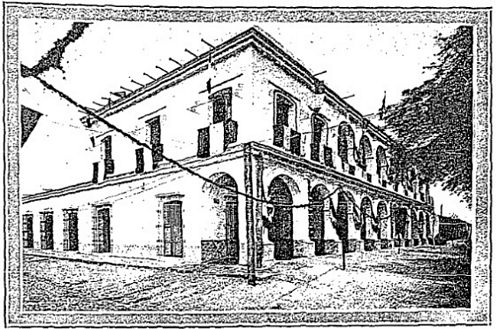 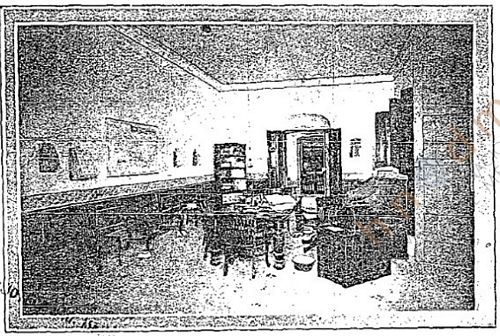 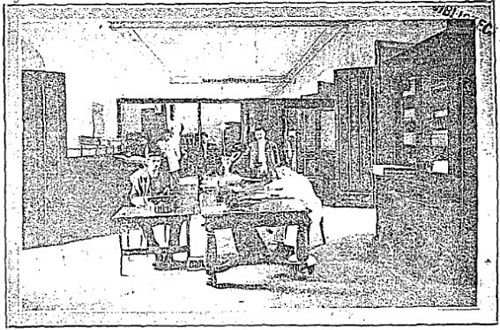 Branch offices were opened in Acapulco and Bravos (Chilpancingo).

On 27 July 1910 President Díaz told Damián Flores,the governor of Guerrero that the bank’s manager, Eduardo L. Antúnes, had given good reason to be arrested but as he was friendly with the judge, Flores should intervened to ensure justice was doneAPorfirioDíaz, Telegramas 1910, folio 2652, telegram Díaz, Mexico, to Damián Flores, governor of Guerrero, Chilpancingo, 27 July 1910. The next day Flores reported that Lantunes (sic), together with Manuel and Carlos Valle. had been arrestedAPorfirioDíaz, Telegramas 1910, folios 2681 / 2716. Ignacio Oléa Daza took over as interim manager.

Following an investigation by the Comisión Reguladora e Inspectora de Instituciones de Crédito the bank's charter was cancelled on 15 December 1915.

Under Obregón decree of 31 January 1921 the bank was placed into Class B (for banks whose assets and liabilities were about equal and which were given a short time in which to obtain the necessary funds to resume) and allowed to resume all customary operations except the issue of bank notesDiario Oficial, 29 June 1921 letter Manuel Padrés, subsecretario, to Ignacio Olea Daza, manager, 16 June 1921. The bank was finally liquidated in 1921.

The American Bank Note Company produced the following notes. They engraved special vignettes of Vicente Guerrero Saldana (C 280)Vicente Guerrero was born in Tixtla, Guerrero on 10 August 1783. He began his military career under Galeana in 1810 and became famous for his heroic battles in the South. He defeated the Royalists José de la Peña, Lamadrid, Armiso and Samaniego. When Morelos was executed, Guerrero was one of the few insurgents who refused amnesty, though he was threatened with the death of his father, to which he replied: “The fatherland is first”.
On 10 January 1821, Iturbide was sent to fight against Guerrero. He sent a letter to Guerrero inviting him to a meeting that resulted in an alliance which consummated the Independence of Mexico. When Iturbide proclaimed himself emperor, Guerrero fought against him until the end of the empire. He was Minister of the Executive Supreme Power during the presidency of Guadalupe Victoria.
In 1828, he was nominated for the presidency. He became President on 1 April 1828 and lost power on December 16 of the same year when deprived of his post by Congress and Anastasio Bustamante. Guerrero fought against Bustamante’s government until January 1831 when he was taken prisoner aboard the brigantine Colombo. He was given a court martial and was executed in Villa of Cuilapan on 14 February 1831. for the faces, of the church at Taxco (C 942) for the $100 note, and of a view of Acapulco for the reverses. 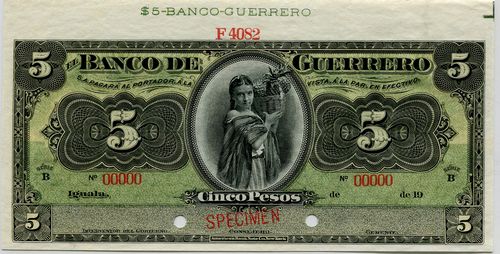 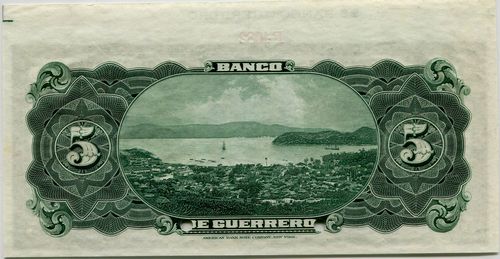