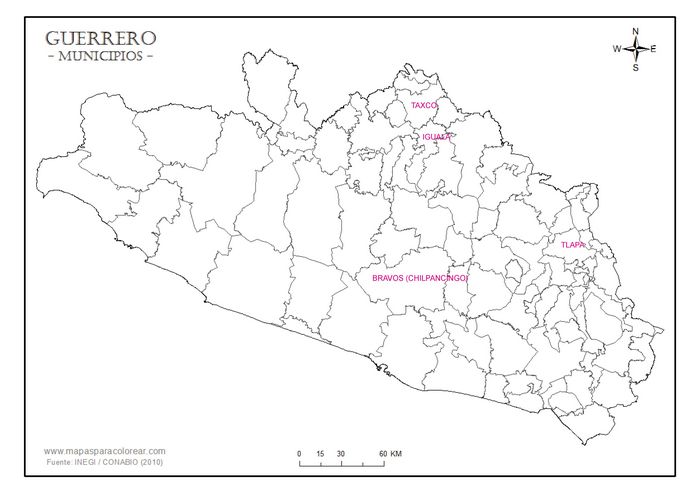 Julián Blanco was among the first to take military action against Porfirio Diaz’s government, attacking the military quarters in Chilpancingo, capital of Guerrero, in April 1911. Blanco served in President Madero’s forces and successfully undertook various military campaigns against Emiliano Zapata’s army. After Madero´s assassination on 9 February 1913 Blanco´s troops tried again to occupy Chilpancingo but were pushed back.

On Huerta’s renouncement the disagreements between the Carrancistas and Zapatistas flared again.

At the beginning of 1915 the Constitutionalists issued a series of cartones. The notes are known in a variety of colours, with the serial number either handwritten or printed, and with General Canuto J. Neri’s signature or his handstamped name on the reverse. 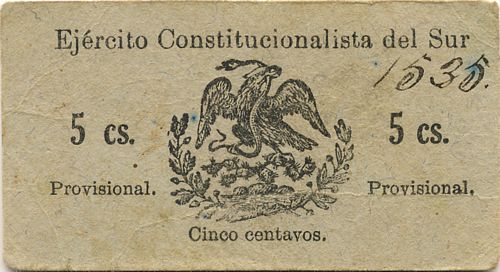 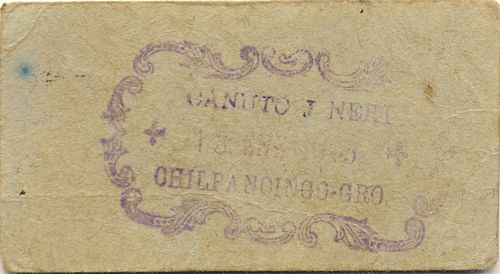 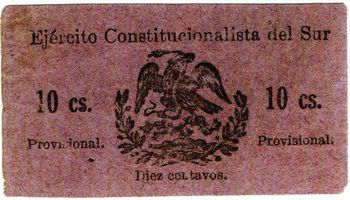 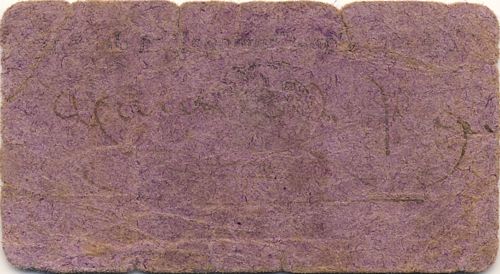 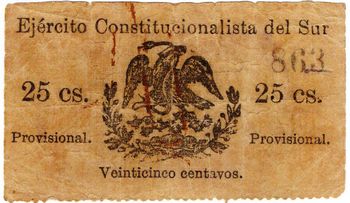 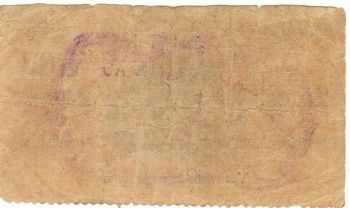 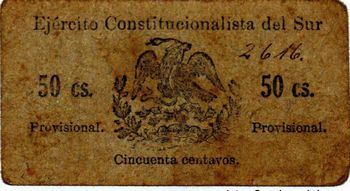 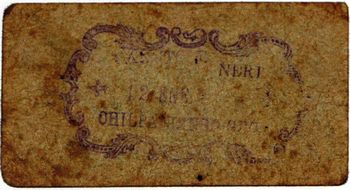 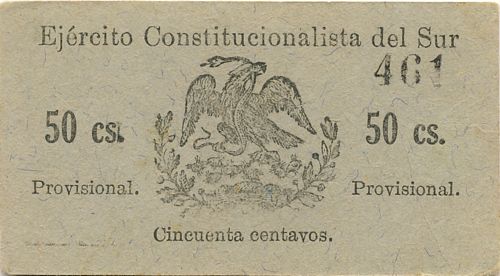 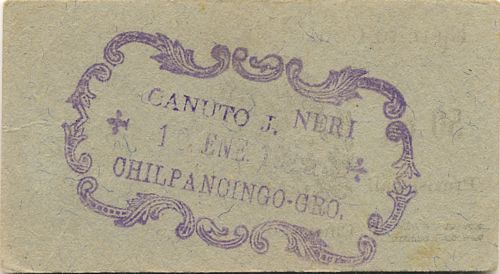 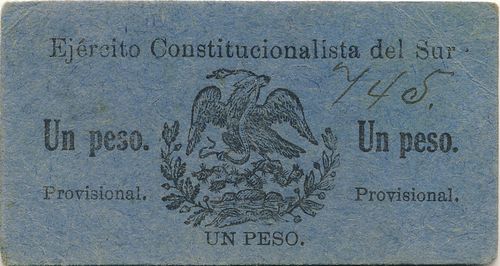 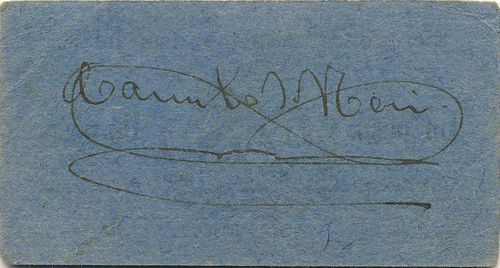 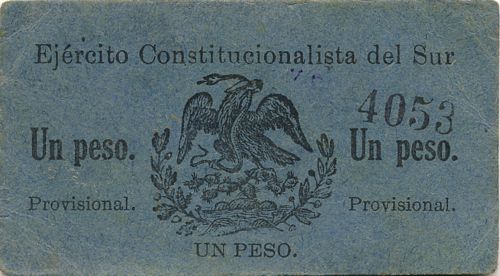 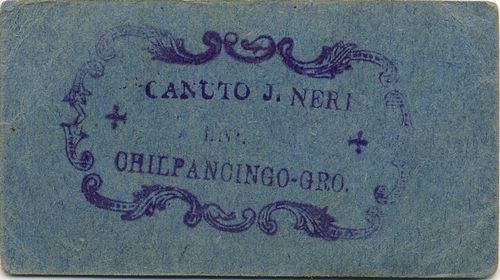 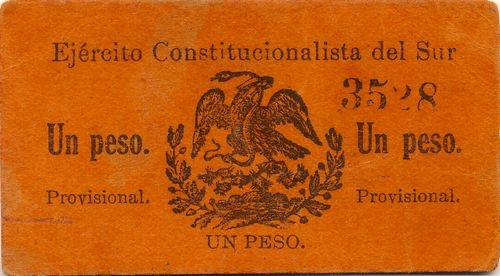 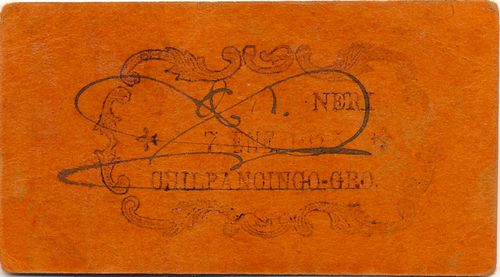 On 5 June 1915 Governor Blanco travelled to Veracruz where he informed Carranza of his displeasure at the appointment of General Mariscal as chief of the military operations in Guerrero, as Mariscal was building up his forces and undermining Blanco’s power. On 4 August, after his return to Acapulco, Blanco was out riding near General Mariscal’s military quarters when his horse and himself were shot by a Mariscal captain. The wounded Blanco managed to get to his headquarters where he ordered Colonel Simon Díaz to attack Mariscal’s troops. However, Díaz had been bribed and stayed neutral, and Mariscal, instead, attacked Blanco’s troops and forced Blanco and his son, General Bonificio Blanco, to surrender unconditionally. Blanco’s officers and some 50 additional soldiers were shot. Blanco and his son and General Canuto J. Neri were all executed on 6 August. Mariscal explained his actions by claiming that Blanco was going to betray Carranza to Zapata, had killed his own son and then committed suicide.

After Neri’s execution some 30 Mariscal soldiers stole his funds.

On 24 March 1915 General Brigadier Mariano Barrios wrote to Carranza from Acapulco. He had come to pick up the supplies that were being sent in the gunboat Guerrero but had received only $2,000, not enough to meet what he owed to his troops, so he asked for permission to issue $50,000 as a temporary measure (bonos provisionales) to circulate until he received the necessary fundsCEHM, Fondo XXI-4 telegram General Brigadier Mariano Barrios, Acapulco to Venustiano Carranza, Veracruz, 24 March 1915.

If Barrios issued any notes, what were they? 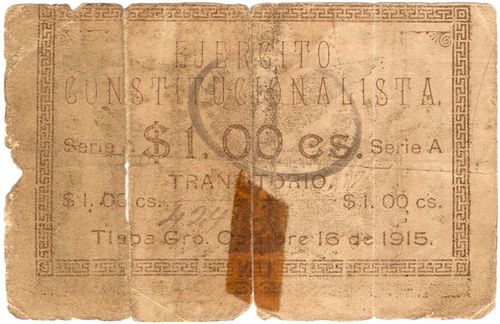 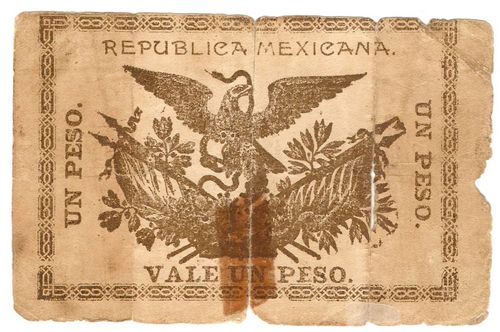 This unit was the fifth brigade of the fifth division of the Army of the Northwest (Cuerpo de Ejército del Noroeste). In June 1916 this 5a Brigada issued a a set of cartones (25c[image needed], 50c and $1) for local use. 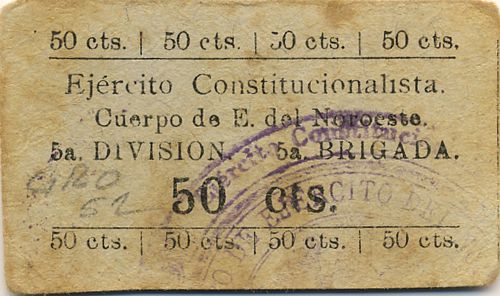 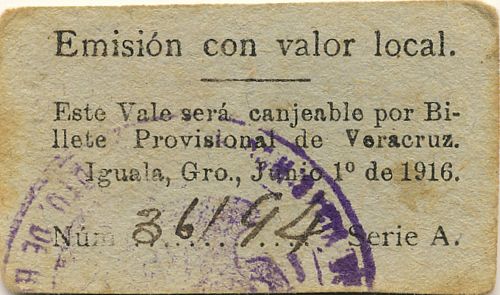 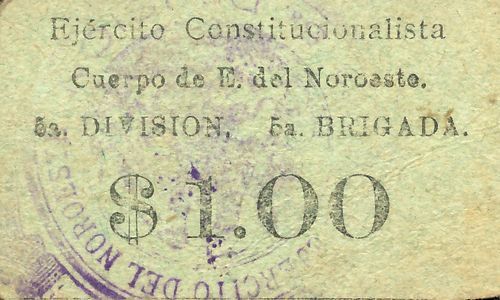 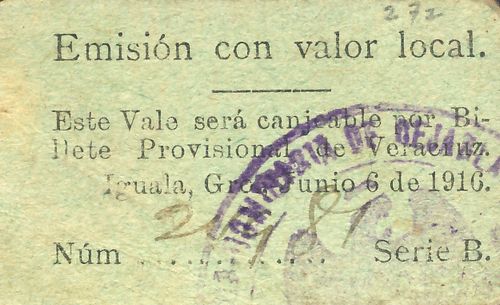 A couple of weeks later a new issue was changeable for infalsificables. 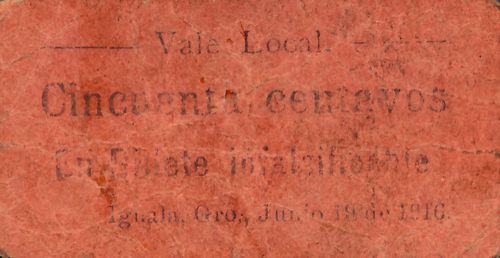 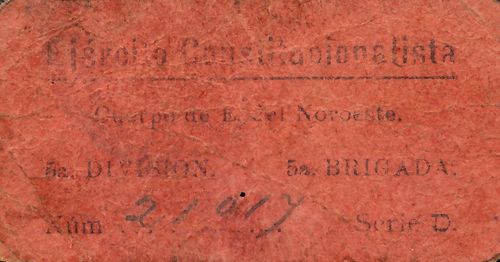 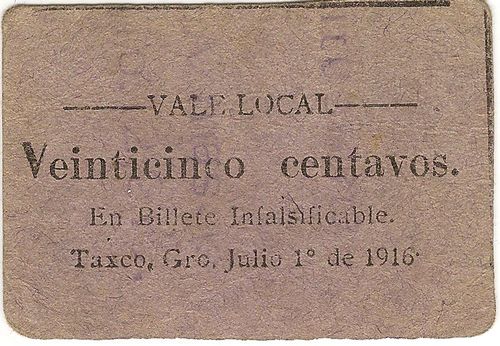 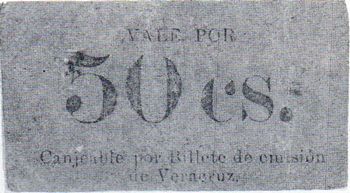 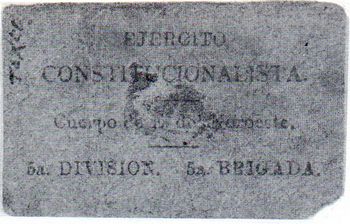 Gaytan lists these as one sequence, from Taxco, but they are quite disparate. The 25c is payable in infalsificables while the 50c. in Veracruz notes, is obviously earlier. The $1 is similar to the Iguala notes above. 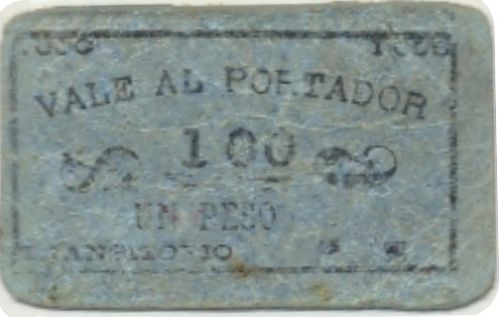 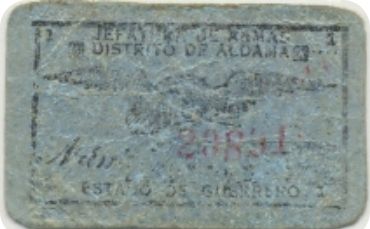