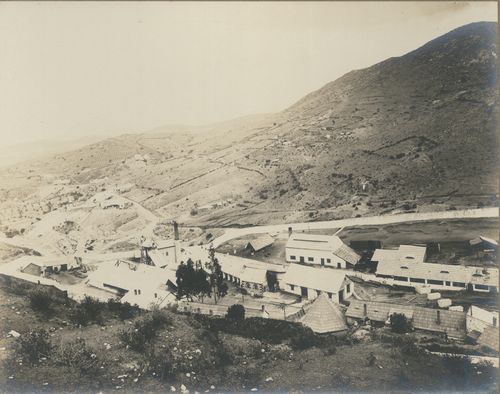 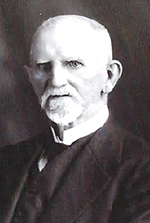 A great friend and supporter of Porfirio Díaz, he built up a huge personal fortune. One of the most knowledgeable mining men in Mexico, his opinion was regarded as a barometer for the rise and fall of mining shares. He is credited with the discovery of the Santa Gertrudis vein, forming a mining company with fellow Cornishmen William Stoneman of Camborne and Christopher Ludlow of Penzance in 1875. Rich ore was discovered soon after which saw shares rocket from $80 to $5,000. In 1879 the Compañía de Santa Gertrudis imported a Cornish pump and a steam hoist from Harveys of Hayle, enabling mining operations to extend to 240 metres. This was followed by the installation of a second Cornish pumping engine in 1890 for the purpose of lifting additional water to the original pump. In 1893 Rule accepted the management and was elected to the Board of Directors.

By 1898 Santa Gertrudis was one of the most powerful mines in the state of Hidalgo and in 1903 alone, profits to stockholders had exceeded a million dollars. The management was all Cornish, with Thomas Lakeside Phillips becoming Director of this and another Rule concern - the Maravillas Anexas Mining Company, which yielded gold, silver, lead and zinc. In addition Rule also owned the Santa Ana mine and the La Blanca y Anexas property, purchased in 1876.

In 1910 the Santa Gertrudis was sold to the part British Camp Bird Company for in excess of nine million dollars. The event was quoted in the Mexican press as 'the largest single cheque ever drawn in the Republic of Mexico…an extraordinary mining deal where such a heavy price was determined and made in one bank'The Mexican Herald, vol. XXIX, no. 147, 25 January 1910.

In 1896 Rule inaugurated a huge French Renaissance style house on Plaza General Pedro Maria Anaya in Pachuca, the Casa Rule (now the Palacio Municipal). Rule used the ground floor of the Casa Rule for the offices of his mining businesses, and there were windows on the Calle Morelos through which miners were given their pay. He lived on the second floor with his first wife, Mary Hoskings, and their eight children.
He also owned a house in Mexico City, eight haciendas in Hidalgo and Querétaro, a special railway coach, the Hotel de los Baños, the Gran Hotel Grenfell, the Rule Bank and many other properties. He  commissioned the imposing clock tower in Pachuca’s main square.

These have the printed signature of Hugh Rose as Gerente General.

The company put its vales into circulation as soon as they received them and they started circulating on 19 FebruaryEl Imparcial, 19 February 1914. On the first day the local Oficina del Timbre served notice that they would be fined 40 centavos for each vale issued, irrespective of its denomination, in conformity with the stamp law which stated that all cheques of denominations less than $100 would necessarily carry four centavos in revenue stamps, with a fine ten times this amount. They also started to cause great lack of confidence by announcing that the holders of vales would be prosecuted. The matter was taken up with the governor who wired immediately to Mexico City, following which the local office was promptly wired to keep out of any controversy with mining companies over vales issued without stamps; that they had been proceeding exactly according to instructions received from the Government and were not to be molested in any wayAHMM, Fondo Norteamericano, vol. 41, exp. 15, Dirección General, Correspondencia, Mar 1913 – Nov 1914 weekly gossip letter 17 February 1914.

The Santa Gertrudis and other companies while admitting that the workmanship of the vales was inferior felt that they would be difficult to duplicate and that they would serve the purposeAHMM, Fondo Norteamericano, vol. 41, exp. 15, Dirección General, Correspondencia, Mar 1913 – Nov 1914 Weekly Gossip letter. However, on 15 June it was reported that  a number of crude counterfeit 50c and $1 Santa Gertrudis notes had been circulating. The company posted notices[text needed] warning the public and asked the District Judge to take action though the latter was reluctant because of the question of the validity of the valesAHMM, Fondo Norteamericano, vol. 41, exp. 15, Dirección General, Correspondencia, Mar 1913 – Nov 1914 letter G. C. García to D. S. Calland, Boston 15 June 1914.

The Santa Gertrudis company, like the others with the exception of the Compañía Minera y Beneficiadora Maravillas y San Francisco whose vales were different, decided to withdraw their 50c and $1 notesAHMM Fondo Norteamericano, vol. 41, exp. 15, Dirección General, Correspondencia, Mar 1913 – Nov 1914. It was announced that they would cease circulating and be withdrawn on 8 JulyEl Imparcial, Tomo XXXVI, Núm. 6498, 5 July 1914. By agreement with the other companies, the 5c, 10c and 20c vales continued in circulation until further notice, but as all the plates were the same, they expected the counterfeiters to move on to the other denominationsAHMM, Fondo Norteamericano, vol. 41, exp. 15, Dirección General, Correspondencia, Mar 1913 – Nov 1914.

These also have the printed signature of Hugh Rose as Gerente General.

In late April it was reported that the Compañía Minera de Santa Gertrudis, with the support of local busineseses and with General Obregón’s authorisation, had issued $80,000 in cartones, guaranteed by bars of silver. These were well received but the following day the Jefe de las Armas in Pachuca had ordered that they been withdrawn and substituted by others of forced circulation and with a similar guarantee to the Veracruz Gobierno Provisional notes. This caused public outrage. Small traders picked up their goods and took them home. Later groups of women and boys marched through the streets with ‘gritos’ and ‘mueras’. The soldiers tried to break up the demonstration and, when they responded by throwing stones, opened fire. The cavalry was brought in and order finally restored at midnight, after several deaths and many injuredEl Norte, México, Tomo I, Núm. 8, 29 April 1915. . It should be emphasised that the protest was against the government's vales and in favour of the Santa Gertrudis issue.

On 9 September the Secretaría de Gobernación stated that since this 1915 issue of $70,000 had not been authorized by the Primera Jefatura the government should grant the company a prudent length of time to withdraw the notesAGN, Fondo Gobernación Periodo Revolucionario, caja 93, exp. 36, folletos 8.