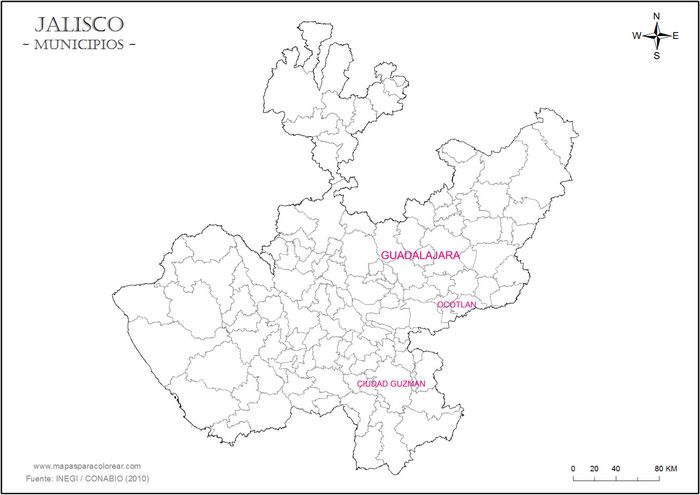 Occasionally, existing cheques were overprinted “AL PORTADOR” and with a discrete denomination, but more usually, because of the volume needed, the cheques were specially printed. Though, as can be seen, they followed a simple design.

The 1935 crisis began when the United States passed its American Silver Purchase Act on 19 June 1934: this caused the price of silver to increase and as a result, in Mexico, silver coins began to be hoarded to be remelted at a profit. On 25 April 1935 the Mexican government reacted with a series of reforms, changing the fineness of its coinage, and withdrawing silver coins from circulation. It had ordered 50c coins (tostones) and $1 Banco de México notes from the United States but until these arrived the sudden shortage of small change led to these “necessity notes”.

When the crisis passed most of these cheques were redeemed (out of $10,000 issued by the Uníon Nacional de Industria y Comercio in Guadalajara only $18 was not handed in) and so survivors are extremely rare.

In Guadalajara on 29 April a meeting at the offices of the Banco Industrial de Jalisco, on avenida 16 de Septiembre, was attended by the manager of the bank, Antonio Pérez Orñoz and its board of directorsCarlos Dávalos, presidente; Carlos Hering, vicepresidente; Ricardo Aguilar, secretario; Felipe Iteves, comisario, Félix Díaz, the manager of the branch of the Banco de México, Trinidad Pérez Vargas, the president of the Cámara Nacional de Comercio, Industria y Minería, and Efrain González Luna, the Cámara’s lawyer. They agreed that the Cámara would issue cheques for $1, $2, $3 and $4, exchangeable in the banks of the city, and the Cámara issued a notice to that effect. Immediately afterwards Félix Díaz summoned a meeting of the manager of the city’s banks, Antonio Pérez Orozco, of the Banco Industrial de Jalisco; José Pintado, of the Banco Nacional de México; Salvador Veytia, of the Banco Mercantil; Juan Francisco Ortiz, of the Banco Agrícola Ejidal and Francisco Ibarra, of the Banco Refaccionario, to agree the details. The Cámara agreed to issue $50,000 for immediate useEl Informador, Año XVIII, Tomo LXVII, Núm. 6354, 30 April 1935. There was a slight hiccough when Enrique Karg, the inspector of the Comisión Nacional Bancaria, who happened to be in the city, suggested that the proposal might be illegal, but telephone calls with the Secretaría de Hacienda y Crédito Público and the Confederación de Cámaras de Comercio led to a telegram from the Secretario Hacienda, Narciso Bassols, permitting the issueEl Informador, Año XVIII, Tomo LXVII, Núm. 6355, 1 May 1935.

On 4 June counterfeits of the $2 cheque drawn on the Banco Refaccionario de Jalisco had been recognized and the Cámara and banks decided to withdraw the chequesEl Informador, Año XVIII, Tomo LXVII, Núm. 6390, 6 June 1935. The characteristics of the counterfeit $2 cheque were:

By 7 July only eight counterfeits had been discovered, as the attempt had obviously been frustratedEl Informador, Año XVIII, Tomo LXVII, Núm. 6392, 8 June 1935.

Although the cheques were being withdraw, demand remained and in first week of June $11,000 in new cheques was issued, bringing the total in circulation to just over $70,000El Informador, Año XVIII, Tomo LXVII, Núm. 6394, 10 June 1935.

In the second half of the 19th century French immigrants arrived in Guadalajara with little to no capital, and through credit lines and the social capital of their family, and company networks, started making their way in the regional market. Through reinvesting their earnings, they increased their capital shares, expanded their companies and diversified their investments. 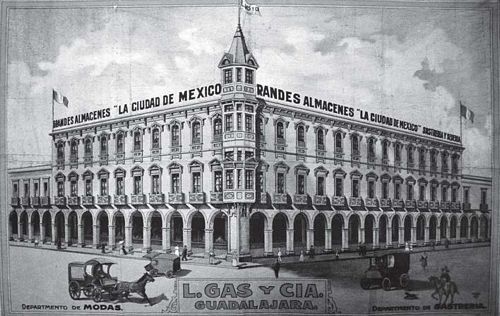 The department store, "La Ciudad de México", on the corner of calle San Francisco (today 16 de Septiembre) and calle Pedro Moreno, was founded in 1880 by the Frenchmen Adrien Berlie and Eugène Cogordan. On 3 September 1880 Berlie transferred the store to Louis Gas and Félix Cogordan, as the firm Gas y Cogordan. Félix Cogordan died on 18 December 1891, and four new partners, including Louis (who though the major partner was based in France) and Antoine Gas, formed a new company, L. Gas y Compañía. On 23 February 1897 the company was restructured to include Louis and Antoine Gas, Eugène Cuzin and Benjamin Teissier, a relative of Cuzin.

Between 1890 and 1900 L. Gas y Compañía was a major investor in the Compañía Industrial de Jalisco and in the Banco de Jalisco. In June 1910 it joined with Brun y Cía. and the Banco de Jalisco to form the Compañía de Fomento y Bienes Raíces de Guadalajara, which also included Aurelio González Hermosillo, Abraham Gallardo and José Pacheco. In 1907 the members of de L. Gas y Cía. were still Louis and Antoine Gas, Eugène Cuzin and Henri Teissier. On 10 August 1912 the company was reorganised as L. Gas y Compañía Sucesores, and again restructed on 31 August 1918 with Cuzin and Teissier the major shareholders and its assets including La Ciudad de México, a branch in Mexico City and the American Clothing clothing factory.

The Unión Nacional de Industria y Comercio was a business club formed to promote commerce that held regular sesiones-agapé with dinners, drinks and lectures. In 1935 it established a Centro Mercantil de Fabricantes at Avenida 16 de Septiembre núm.132-136, the first of its type in the country El Informador, Año XXVIII, Tomo LXVIII, Núm. 6479, 3 September 1935.

The new Banco de México $1 notes were expected to enter circulation on 15 MayEl Informador, Año XVIII, Tomo LXVII, Núm. 6354, 30 April 1935 but were late. Nevertheless the new notes and bronze coins had been to circulate by 23 May and demand for the Cámara’s cheques had diminished considerablyEl Informador, Año XVIII, Tomo LXVII, Núm. 6376, 23 May 1935.

A $1 cheque de caja, dated 5 May 1935, issued by Carlos Ramírez, the correspondent of the Banco de México.