The Cooperativa Minera “Las Dos Estrellas” was set up to take over the assets of the failed Dos Estrellas mining company.

During the silver crisis of 1943, because of the shortage of small change, the cooperative issued vales that could be cashed in the offices of the company or were accepted by stores in the town (Casa Navarro and Benito García in Tlapujahua, Argimiro Martinez, José C. Fat and Julio Ojeda in El Oro, and the branch of the Banco del Estado de México in El Oro). 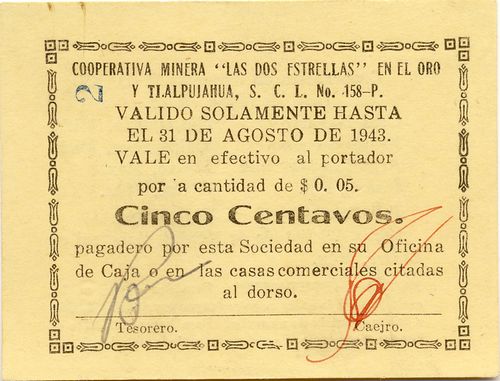 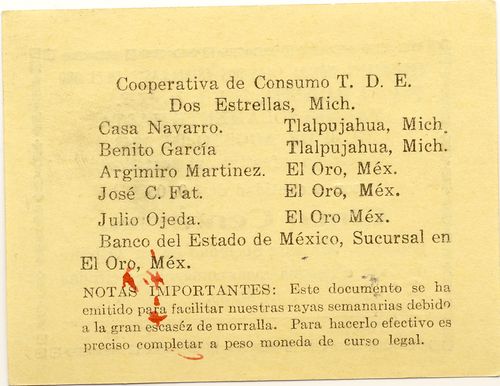 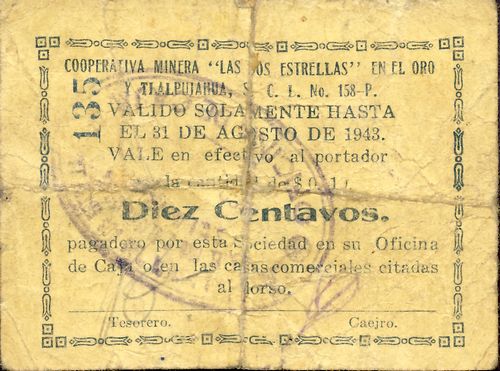 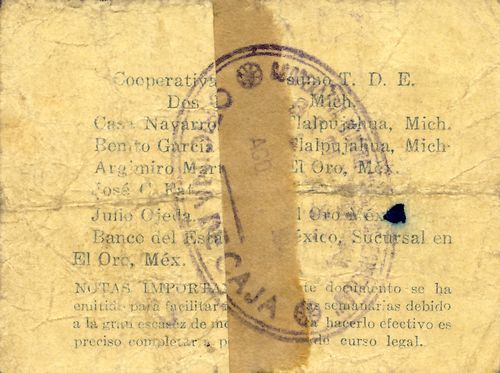 The time-limit was then removed. 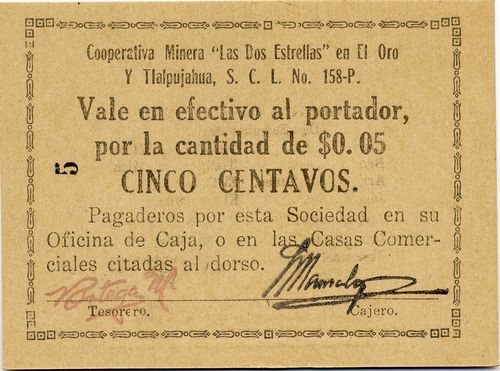 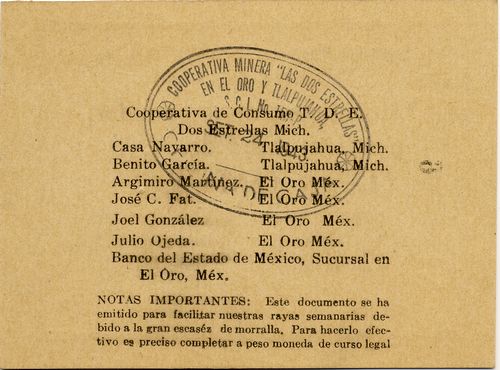 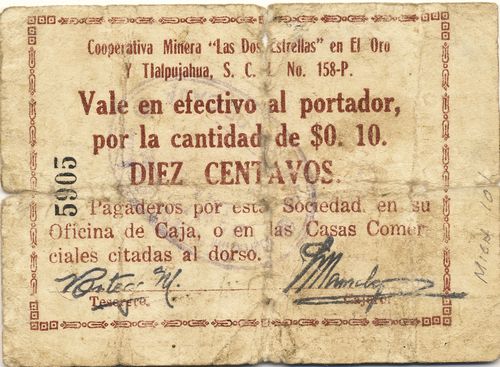 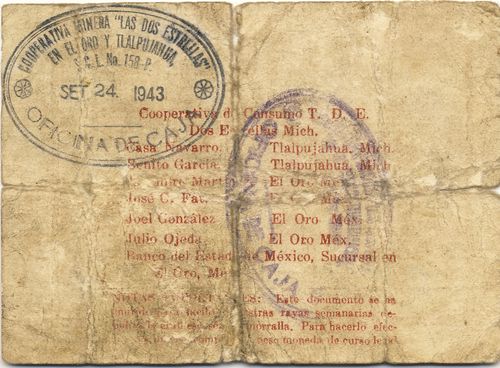