A short-lived revolutionary issue in Uruapan 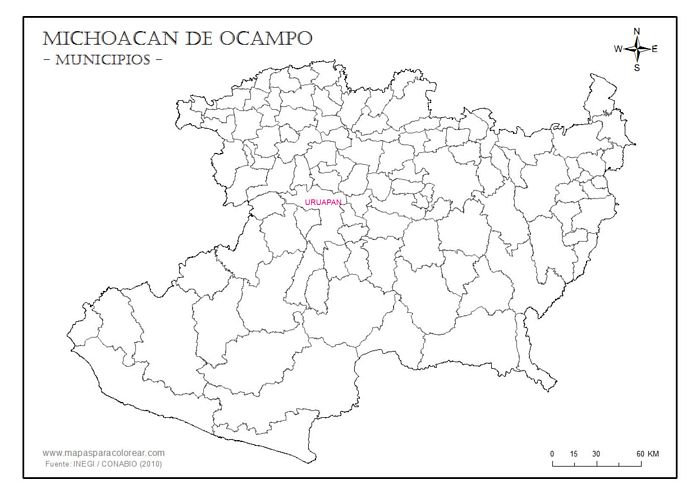 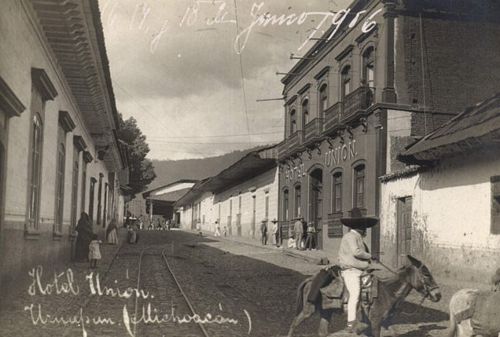 Francisco Murguía, a photographer from Monclova, Coahuila had fought for Madero and on Huerta’s coup d’état was one of the first to support Carranza’s Plan de Guadalupe. He campaigned with General Pablo González in the northeast and from August to November 1914 served as governor and military commander in the state of México. He supported Carranza at the Convention and with a column of 10,000 men marched to Michoacán to join Manuel M. Diéguez in the fight against Villismo in the east of Mexico. On 18 January 1915 they recovered Guadalajara from Calixto Contreras and Julián Medina.

During this campaign Murguía found it necessary to issue paper money to pay his troops, probably due to the desire to outlaw the enemy’s currency in newly captured territory, pursuant to Carranza’s decree of 27 November disowning the Chihuahua and Convention issues, and the lack of suitable replacements.

These relatively primitive notes carry the title of the 2a División del Noreste of the Ejército Constitucionalista and were authorized by a decree issued in Uruapan, Michoacán on 20 December 1914. The only known denomination is five pesos but as this is Series B, there was probably at least one other value. Besides Francisco Murguía the notes carried the signatures of Arnulfo González, as his Chief of Staff (O[ficial]. D[e]. E[stado]. M[ayor].), and J. A. Solís as Paymaster (Pagador)

and the comment that the Tesorería General de la Nación would exchange them for notes of Carranza’s Gobierno Provisional de México issue.

In a report to Carranza dated 8 January 1915 Murguía stated that his decree authorized a total of a million pesos but in the event he had only issued $120,000 up to that date. On 12 January an urgent report from the temporary state capital of Ciudad Guzmán to Manuel M. Diéguez, the Governor of Jalisco and Jefe de la División de Occidente, at Sayula, stated that Murguía’s troops had about $30,000 in this paper money and it was still accepted by tradespeople, though easy to counterfeit. It suggested changing them for Carrancista issues that Murguía could reimburse them for when he received funds. This would stop their circulation and prevent an enemy general such as the Villista governor of Michoacán, Gertrudis G. Sánchez, attempting economic sabotage by sending to Carrancista areas more money than Murguía actually issued, something that had happened with Villista issuesAJ, Hacienda 1-915, caja 115, serie 3096 (antes 28443).

On 8 December 1914, just before Murguía’s issue, Carranza had decreed that, as issues were being made without his authorization, it was convenient to unify the currency and determine precisely what obligations the government had undertaken. Therefore, from 1 April 1915 certain issues would cease to be legal tender and would in time be exchanged by the Tesorería de la Federación. However, in a circular (núm.10) of 25 February 1915 Carranza’s Secretaría de Hacienda acknowledged that certain military commanders had been forced to issue paper money and that these would be tolerated in the local area until such time as the Secretaría could arrange for their retirement. These included the Murguía notes, where the Secretaría had already made arrangement for their withdrawal. The Tesorería General de la Nación would exchange any that were presented.

Once he had defeated most of his enemies, Carranza could be more specific. On 28 April 1916, as part of the move to introduce a unified currency, he listed various issues that would be accepted until 30 June on deposit by the Tesorería General de la Nación, Jefaturas de Hacienda and Administraciones Principales del Timbre. The list included the Uruapan issue. After that date they would be null and void. On 24 July 1916 Carranza decreed that from 1 August they would exchange the notes listed in the decree of 28 April that had been deposited in the offices of Hacienda with infalsificables at a rate of ten to one.

Finally, on 4 September 1917 Carranza expressly forbade speculation in these Uruapan notes, amongst others, but this does not mean that any were actually still being traded. Most were probably redeemed, as suggested in January 1915, soon after their issue.