Though listed in the catalogues under Nuevo León (of unknown origin) these notes appeared to have been printed in Tampico, Tamaulipas. 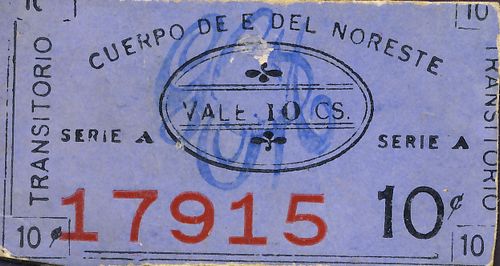 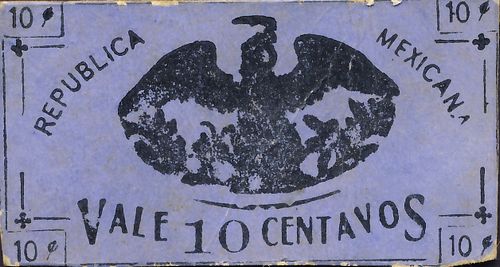 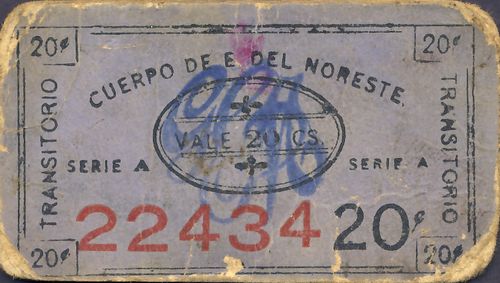 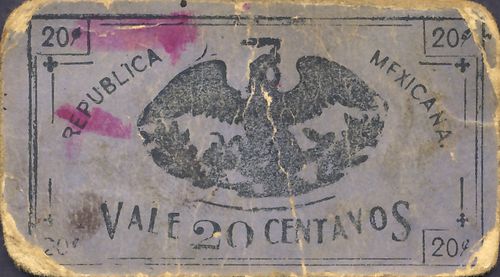 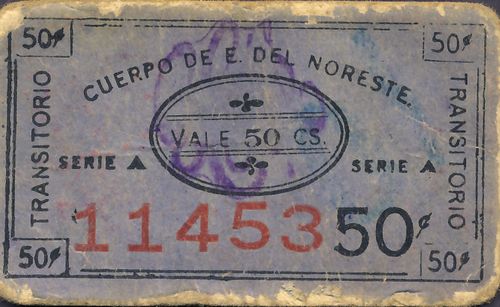 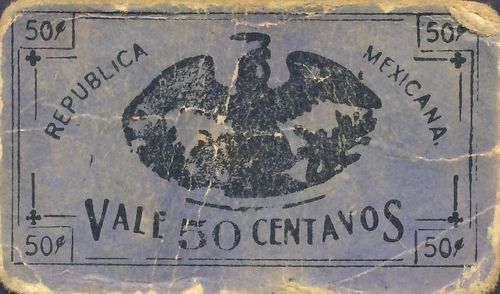 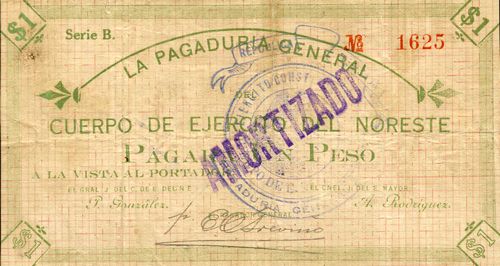 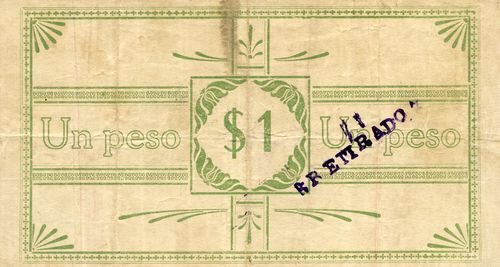 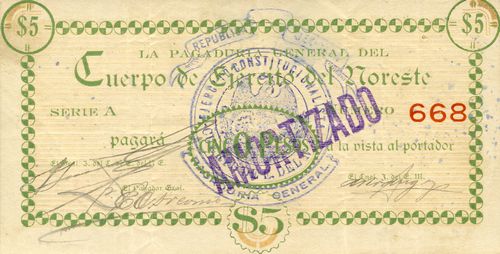 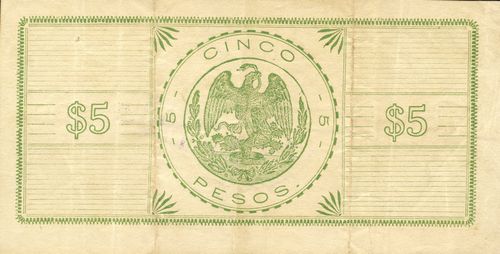 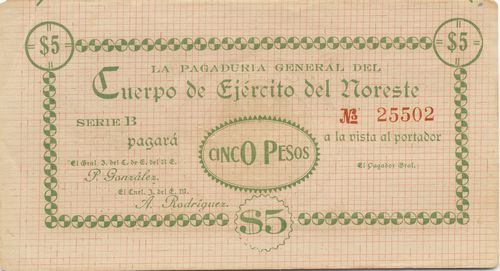 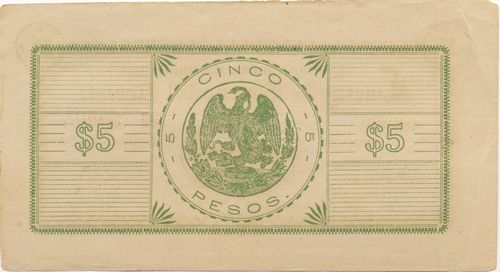 These notes in their title (Pagaduria General del Cuerpo de Ejército del Noreste) specifically identified themselves as a military issue. The notes were to be signed by Pablo González as General en Jefe, Alfredo Rodríguez as Jefe de Estado Mayor and E. O. Treviño as Pagador General.

On 13 March J. Blas Treviño wrote from Tampico that in spite of issuing these Pagaduría General del Cuerpo del Ejército del Noreste vales (which Carranza had authorized) since time was lost in printing and signing the notes they still could not resolve the situation and he asked Carranza, in Veracruz, to send money for the troops and general expenses by the first steamboatCEHM, Fondo XXI-4, telegram J. B. Treviño, Tampico, Tamaulipas to Venustiano Carranza, Veracruz, 13 March 1915. The next day Pablo González told Carranza that he had issued $2,000,000 in vales but they needed to be withdrawn as soon as possible to avoid counterfeiting. He needed two million pesos a month for expenses (including Caballero’s brigade but excluding Maclovio Herrera’s brigade)CEHM, Fondo XXI-4, telegram Pablo González, Montemorelos, Nuevo León, to Venustiano Carranza, Veracruz, 14 March 1915.

On 1 June in its circular núm. 28 the Secretaría de Hacienda y Crédito Público declared that as the reason for issuing the cartones of 10c, 20c and 50c  had ceased they should be withdrawn and exchanged in the Tesorería General de la Nación for the legal fractional currency or Constitutionalist notes. This was reported in Tamaulipas on 21 JulyPeriódico Oficial, Tamaulipas, Tomo XL, Núm. 43, 24 July 1915.

However, this was one of the military issues that Carranza acknowledged when he decided to unify the currency and withdraw all such issues. On 28 April 1916 Carranza decreed that, in order not to prejudice the holders of such notes, the Tesorería General de la Nación, the Jefaturas de Hacienda and the Administraciones Principales del Timbre would receive such notes on deposit. Holders had until 30 June to hand them in and obtain a receipt. Thereafter any outstanding note would be considered null and void, and meanwhile anyone who dealt with such notes, or retained them in their possession, would be punished.

Can anything be read into the fact that the notice refers to “billetes”? Were the cartones excluded?

On 24 July 1916 Carranza decreed that from 1 August notes that had been deposited in accordance with the former decree would be exchanged for infalsificables at a rate of ten for one. Finally on 4 September 1917 Carranza decreed that, since certain individuals and businesses were still speculating with the nullified issues, it was strictly forbidden to deal in these issues.