The revolution in Querétaro

In late January 1915 interim governor Gustavo M. Bravo, announced that ‘villistas’ notes were of forced circulation, in an effort to restore confidenceLa Sombra de Arteaga, 28 January 1915. Bravo was governor from 18 January to 2 April 1915.

On 17 February 1915 the Presidente Municipal Interino of Cadereyta, Coronel Francisco Díaz, telephoned the governor to tell him that businesses were refusing to accept any notes, but particularly the sábanas. He repeated his complaint on 22 February. The next day General Gonzalo Ramírez Carrillo told him that all notes were forced and he should take any measures necessary to punish infractorsAQ, Fondo Poder Ejecutivo Sec 2ª Hacienda C-1 Año 1915 Exp 142.

On 3 March Gustavo M. Bravo issued a notice on the forced circulation of notes[text needed] but this did not end the difficulties over acceptance so on 12 March he was obliged to threaten a fine of two hundred pesosLa Sombra de Arteaga, 18 March 1915. On 22 March the Administrador Local de Correos in Querétaro was asked to explain why his office was refusing to accept sábanas. He replied that they did accept sábanas, unless they did not have resellos, in accordance with instructions received from the Dirección General de Correos on 16 March. The next day the governor replied that as no one had been authorised to revalidate these notes and 99% of the ones in circulation did not have resellos, he was asking him to reconsiderAQ, Fondo Poder Ejecutivo Sec 2ª Hacienda C-1 Año 1915 Exp 167.

On 22 July the Presidentes Municipales of Vizarrón and Toliman were told, when selling maize to the public to accept only dos caritas and the 25c and 50c sábanas. Two days before, the Presidente Municipal of Huimilpan had been told the same, but that in order to avoid any ills, he should also accept Gobierno Provisional note unless instructed otherwiseAQ, Fondo Poder Ejecutivo Sec 2ª Hacienda C-2 Año 1915 Exp 204.

Obregón named José Siurob Interim Governor and Comandante Militar of Querétaro on 2 April 1915. On 19 April Siurob published Carranza’s decree of 8 December but added various explanatory notes, including that the notes that were of no value were "all those that had a Villista origin and any others that had not been or were not issued by the Primera Jefatura, or had not been authorised by it". In turn all the notes of the Gobierno Constitucionalista, including those of the Gobierno Provisional revalidated by the Convention, were of forced circulationLa Sombra de Arteaga. However, dos caritas continued to circulate and on 11 May the new Governor and Comandante Militar, Federico Montes, had to remind the public that they were strictly prohibited and that any infraction would be severely punishedLa Sombra de Arteaga, 12 June 1915. 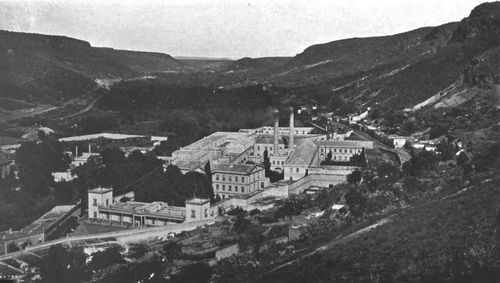 In May 1915 the El Hercules company had been fined $5,000 for accepting dos caritas which were forbidden by Carranza's decree of 8 December and refusing Gobierno Provisional. The company wanted the dos caritas (and Ejército Constitucionalista notes) to pay $1.5 million to a Torreón firm for a consignment of cottonAQ, sección segunda, exp. 187.

Soon after, Villistas recaptured the city, and on 18 July anyone who refused the dos caritas, or the 25 centavos and one peso sábanas was threatened with a fineLa Sombra de Arteaga, 24 July 1915. In reply to separate enquiries the Presidentes Municipales of Vizaran, Tolimán, Huimilpán were told to accept dos caritas and 25c and 50c sábanas until new orders were received (AQ, sección segunda, exp. 204, telegrams 22 July 1915). Montes soon returned and on 3 August he declared all the Villista decrees invalid and reinstated the Carranzista legislationLa Sombra de Arteaga, 7 August 1915.

In August 1915 an Alfonso Camacho appeared at the home of Juan Garcia, in Santa María del Pueblito, and said that he was going into the sierra and needed some Villista currency, which was all that was accepted there. Garcia saw this as an opportunity to get rid of some useless paper and collected 996 pesos. The next day Camacho changed his tone and pretended to confiscate the money as its possession was illegal. Garcia realized that he had been tricked, since although the Villista currency was not legal tender, there was no intention of decommissioning itLa Opinion, Querétaro, 22 August 1915.

On 24 December the Governor Montes had to warn commerce that the Ejército Constitucionalista notes were of forced circulation. Several months later, on 1 April 1916 he suspended the revalidating of notes but again reminded the publc that, according to Carranza's circular núm. 48, Ejército Constitucionalista notes were of compulsory circulation, even if they lacked a revalidation. On 7 June Montes had to threaten people who were refusing to accept $5 and $10 notes.