Tabasco, in 1915, was the scene of fighting between Carrancistas and Villistas. The Carrancista Carlos Greene handed over the governorship to Aquíleo Juárez on 2 February, who in turn passed on the role to Pedro C. Colorado on 28 August, who was assassinated by a Villista on the same night.

On 22 March Aquíleo Juárez authorized[text needed] the issue of a new pair of notes (20c and 50c) from the Tesorería General del Estado. These are known in two varieties.

The first has the denomination in figures in the centre. 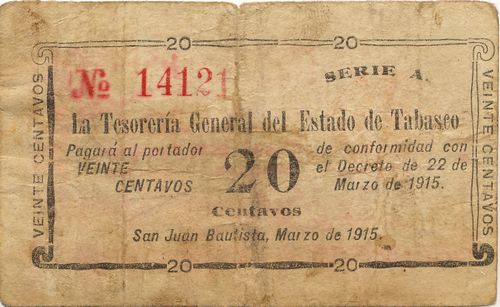 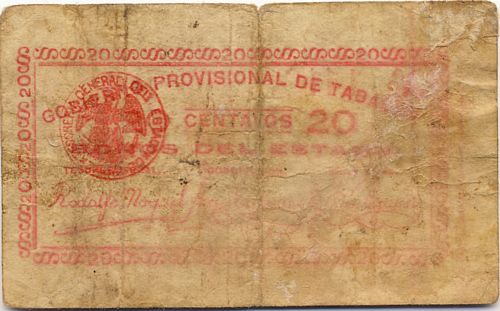 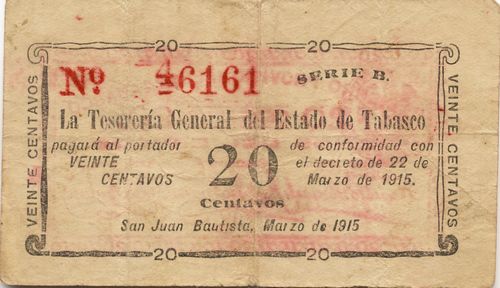 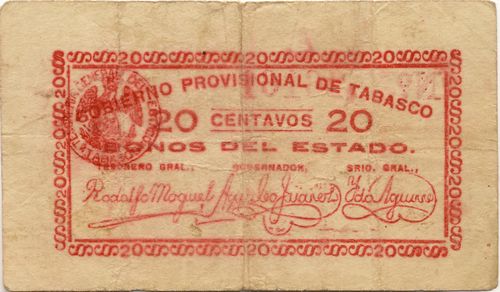 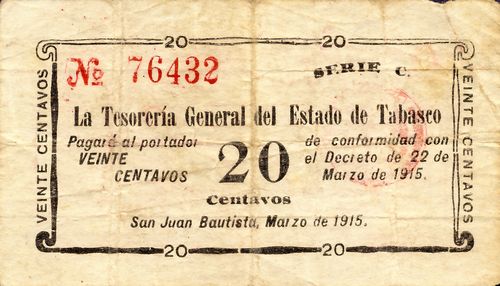 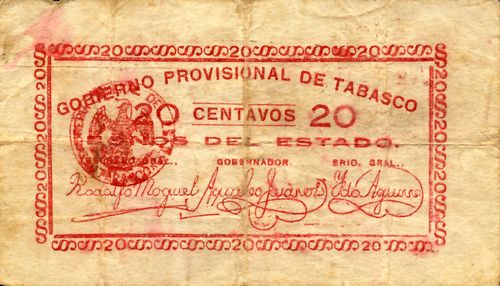 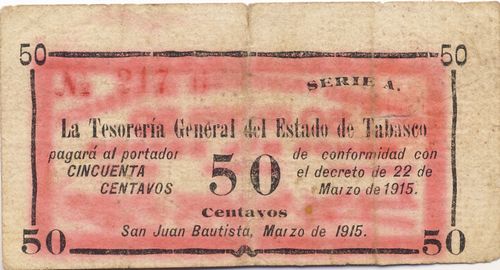 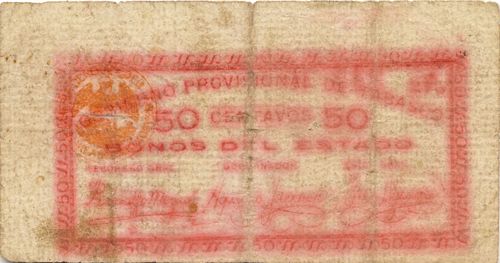 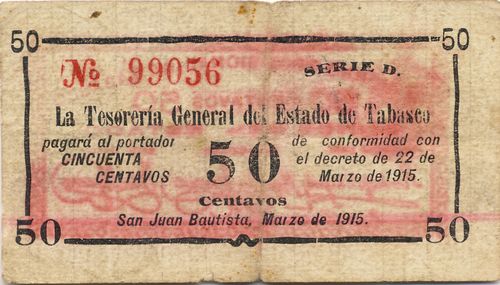 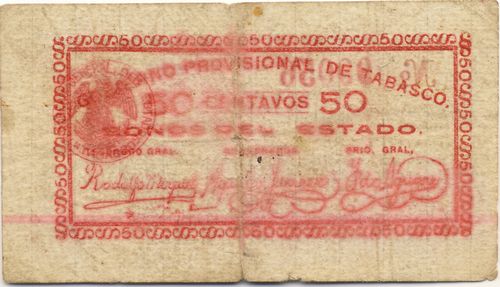 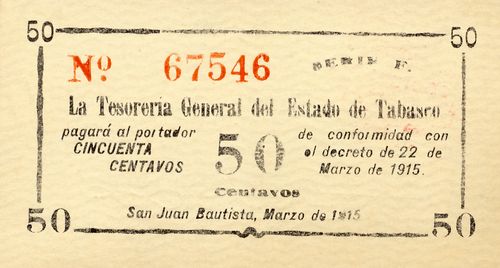 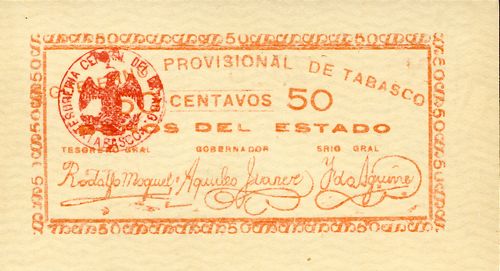 The other variety has the figures at both sides and a different edging on the reverse. The numbering machine now has six digits. 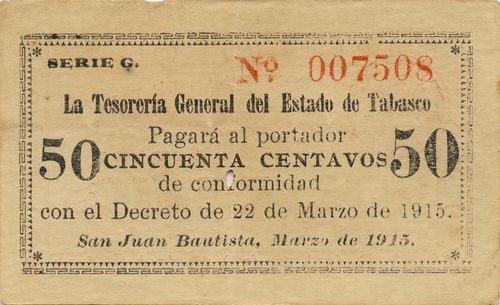 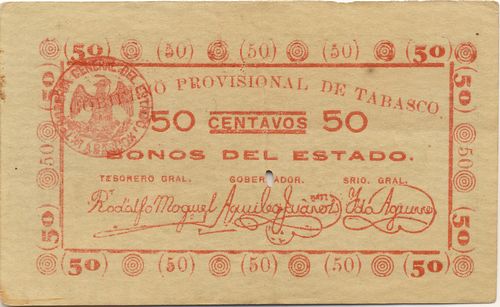 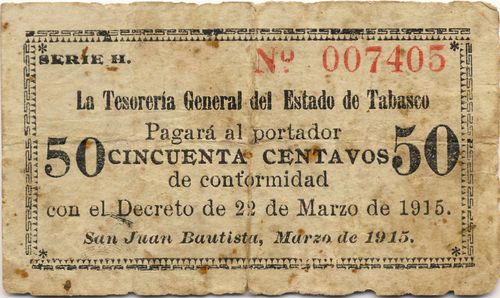 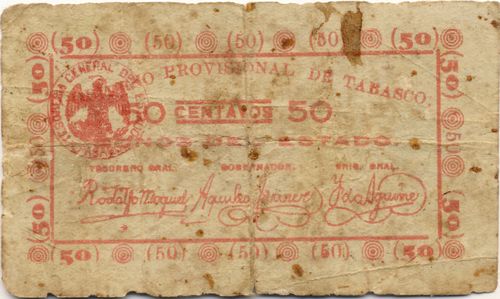 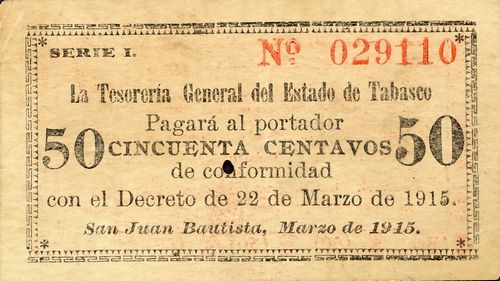 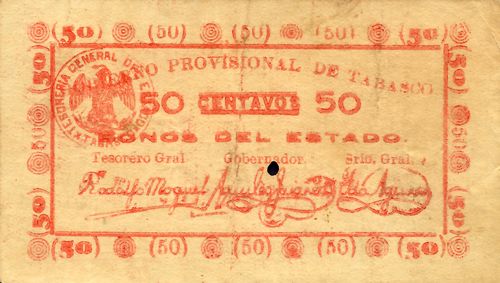 Both series on the reverse have the printed signatures of Rodolfo Moguel as Tesorero General, Aquileo Juárez as Gobernador and Fernando Aguirre Colorado as Secretario General.