Tesorería General del Gobierno’ use of vales in 1927

In 1926 Veracruz, like other states, had a problem with its finances and so, on 16 July 1926, decree núm. 58 resolved that the state should pay the salaries and other expenses of its employees as well as various pensions by means of an issue of vales in $1, $5 and $10 denominations. The vales were payable to a named person and would be accepted, once endorsed on the reverse, for the payment of any taxes or charges during the year 1927, so it was claimed that they were a form of delayed payment.

The vales were dated 1 January 1927 and signed by the  Tesorero General, the Gobernador and the Subtesorero.

There is a $10 note in the Banco de México’s collectionCNBanxico #6400. 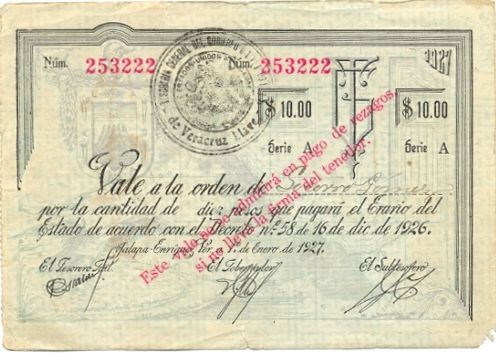 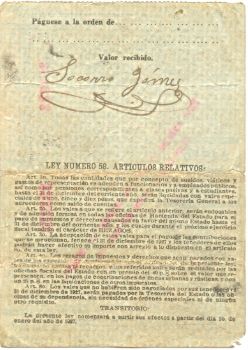