On 22 July 1914 the board of the Comisión Reguladora, chaired by the Governor, discussed the lack of fractional currency and the speculation with low value banknotes. The local Cámara de Comercio and a group of hacendados had asked it to issue notes and the Comisión decided to ask for permission to make an issue of $500,000 in cartones of 10c, 20c and 50c, guaranteed by the funds that the cheques themselves would raise. The state Congress discussed the matter at their regular meeting on 24 July and agreed a proposal for the Comisión to issue up to $1,000,000 in cheques for those valuesDiario Oficial, Yucatán, 17 August 1914. The governor, Prisciliano Cortés, had just ordered that private vales should be withdrawn but the Comisión (and the Cámara de Comercio) argued that it was a dependency of the state. 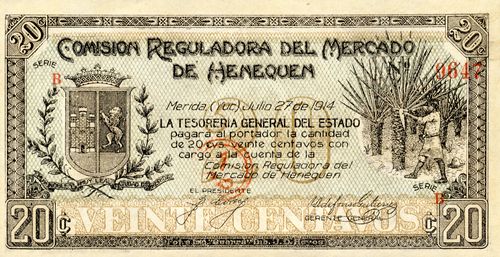 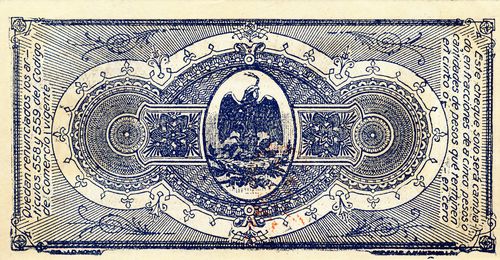 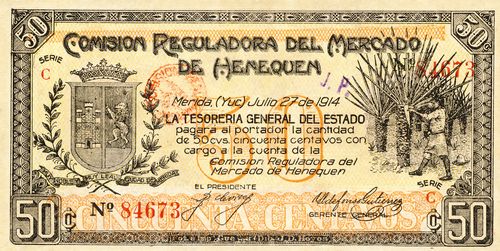 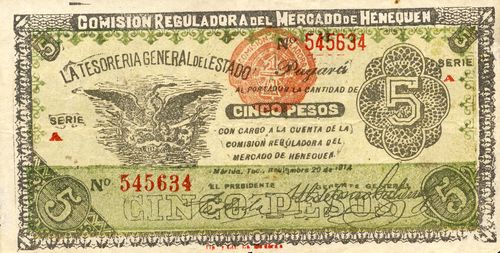 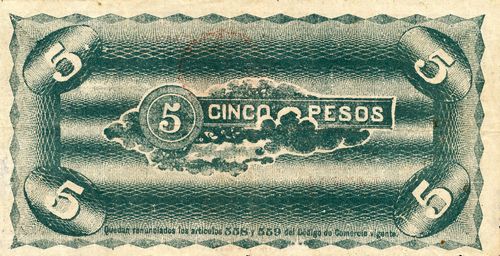 These had similar designs and text but were now signed by Avila as president, together with Gutiérrez.

These were printed by the Tipografía "La Moderna".

On 12 December 1914 Carranza, as Primer Jefe, argued that the Comisión Reguladora needed the necessary resources to fulfill its aims and authorized it to issue up to ten million pesos ($3,000,000 in $5; $3,000,000 in $10; $2,000,000 in $20; and $2,000,000 in $50). These would be of forced circulation in Yucatán and in Campeche, if the Comisión Reguladora extended its operations thereDiario Oficial, Yucatán, 16 December 1914. This appears to be part of Carranza’s continuing attempt to keep some sort of federal control over the local issues made in the areas that his forces, at least nominally, dominated. It was only partly successfully because when, on 11 January 1915, by decree núm. 57, Avila added a series of $20 notes, he authorized four million pesos, twice the amount mentioned by CarranzaDiario Oficial, Yucatán, Año XIX, Núm. 5272, 11 January 1915. These $20 notes are still dated 20 November 1914, even though the decree was 11 January 1915. 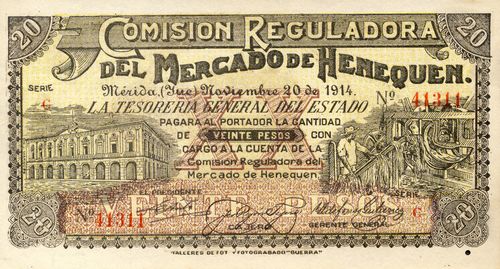 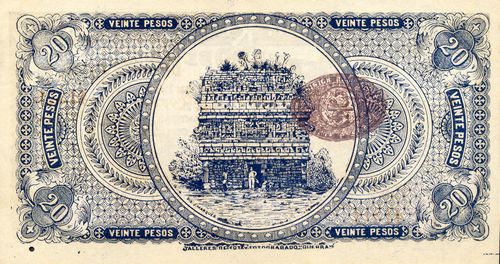 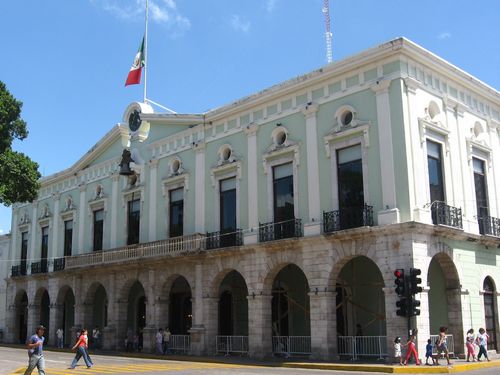 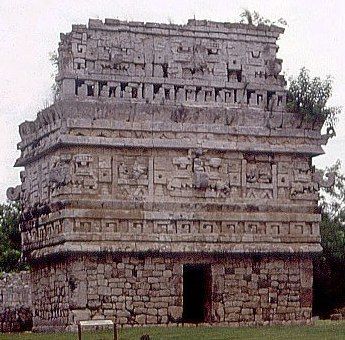 The vignette on the front is of the Palacio de Gobierno in Merida and reinforces the official status of the issue. The vignette on the back is of a Mayan structure at Chichen Itza called La Iglesia. The signatories are Eleuterio Avila as Presidente, Joaquín Rejón Tejero as Cajero and Ildefonso Gutiérrez as Gerente General.

The notes were produced by the Talleres de Fotografía y Fotograbado "Guerra".

According to Ildefonso Gutiérrez, the general manager of the Comisión Reguladora, Series A notes were placed into circulation on 15 January (the same day as the decree) and Series B by 26 January.

On 27 January Avila was suspended for suspected disloyalty (some believed that he had become too close to the henequen oligarchy) and replaced by a new governor, General Toribio de los Santos. In his short term as governor, historians suggest that de los Santos seemed to be much more committed to reform than Avila and thereby more of a threat to the planter class. Wells and JosephAllen Wells and Gilbert M. Joseph, Summer of Discontent, Seasons of Upheaval: Elite Politics and Rural Insurgency in Yucatán, 1876-1915, Stanford University Press, 1996 argue that de los Santos ‘‘breathed new life into Avila’s moribund peonage decree, rescinding all the riders that had previously nullified its impact and outlawing the system of payment in scrip that underwrote the hacienda store.’’ Santos dispatched Colonel Abel Ortiz Argumedo to quell an uprising in Temax but Argumedo recruited the rebels and deposed Santos, capturing Mérida on 12 February and appointing himself governor.