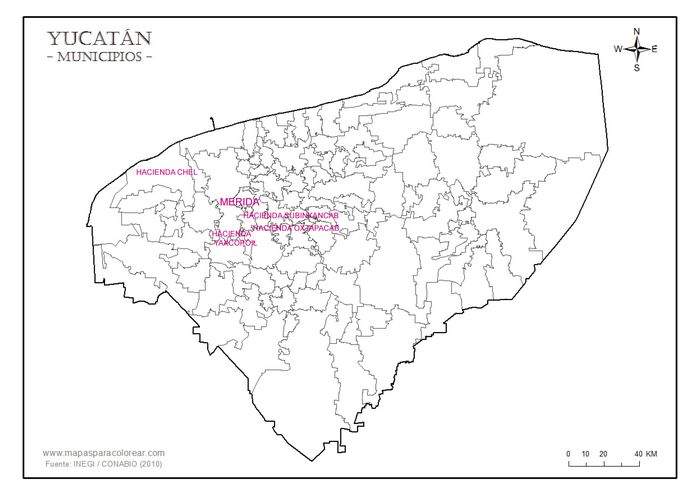 This hacienda is in the municipio of Timucuy, some 25 kilometres southeast of Mérida.

The catalogues list a 25c green cartón[image needed], issued by Virginia Castillo de Carrillo, the widow of Julian Castillo and owner of this and the smaller Hacienda San Miguel Sihonal.

An incidence illustrates the working relations on these haciendas. On 30 March 1905 El Peninsular published a notarised letter about the detention of a labourer, Saturnino Chán, on the Hacienda Subinkancab. Chán had wanted to leave the hacienda after a change in ownership and asked for a statement of account (carta cuenta) from the new patrón. Chán left “without authorisation” and found someone to take over his debt. When he visited the hacienda he was arrested by the mayordomo as a fugitive and imprisoned in the jail. From there he was taken to the Hacienda Tepich, which belonged to the same proprietor, and kept for another three days. Finally, he appeared before the Kanasín police who took him to Mérida where he was accused of drunkenness and scandal. A lawyer then managed to get him released. In a letter to the newspaper José Y. Aguayo E. said that the mayordomo had not yet been arrested and that Chán’s younger son had also been detained for 15 days. This had occurred after the mayordomo had been accusedEl Peninsular, 30 March 1915.

Hacienda Chel (since 1940 Hacienda San Antonio Chel) is located in the municipio of Hunucmá, in the northwest of the state. The hacienda was constructed in the 19th century. 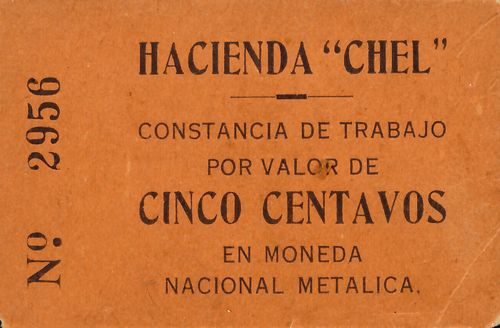 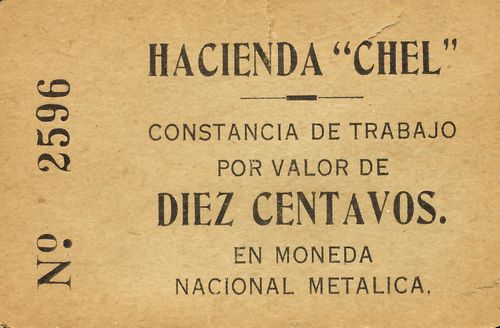 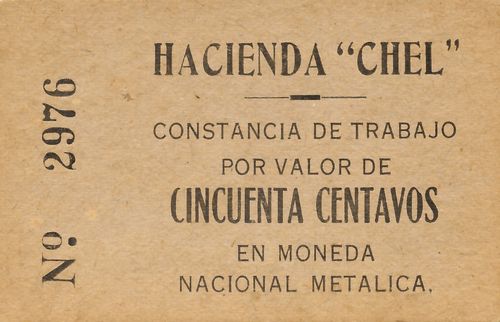 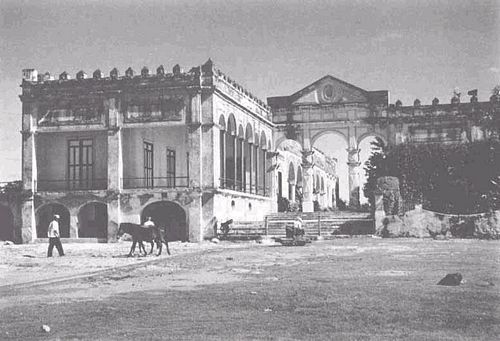 Hacienda Yaxcopoil is located near Merida in the municipio of Umán. Yaxcopoil means in the Mayan language "Place of the Green Alamos" since around the Mayan ruins and main house there are a lot of these trees. The hacienda dates back to the 17th century and was once considered one of the most important rural estates in the Yucatán, operating first as a cattle ranch and later as a henequen plantation. Hacienda Yaxcopoil was purchased by Donaciano García Rejón and his wife Mónica Galera in 1864. Donaciano was the organizer and commander of a cavalry corps formed by volunteers in 1847, at the start of the War of the Castes, and then in 1867, as emissary of the imperialist side, surrendered Mérida to the Juáristas. The hacienda was developed into a cattle ranch and henequen plantation and was passed on to Donciano’s daughter, Mónica García Rejón Galera, and then to his grandson Fernando Cervera García Rejón, and has been owned by members of the same family ever since. The entire property at its largest covered 22,000 acres (89 km2) but over time, due to continuous political, social and economic changes, the estate has been reduced to less than 3% of its original size. Ah, diddums. 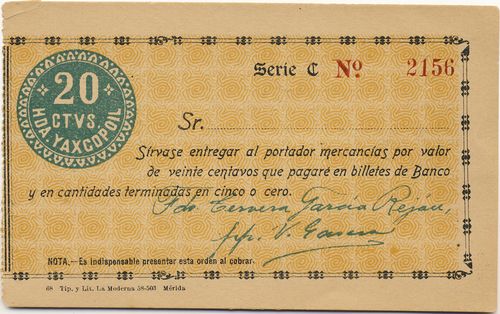 This note, which is actually a chit addressed to a particular store-keeper to give the bearer 20c worth of goods. It would then redeemed in quantities of five pesos. It was printed by the Tip. y Lit La Moderna, in Mérida.

It was signed by Fernando Cervera García Rejón per pro V.. García.

On 31 December 1926 Fernando Cervera García Rejón agreed regulations for his hacienda with the Junta Central de Conciliacióon y Arbitraje. These included that wages should be paid in legal currency and that the hacienda could not pay in goods or with vales, fichas or any other such means.

Oxtapacab is situated in the municipo of Tecoh, about 26 kilometres south-east of Mérida.

This henequen hacienda was established by the Berzunza brothers in 1887.

We know of 5c and 10c vouchers, dated 1 December 1919, entitling the bearer to that amount of merchandise from the tienda de raya.