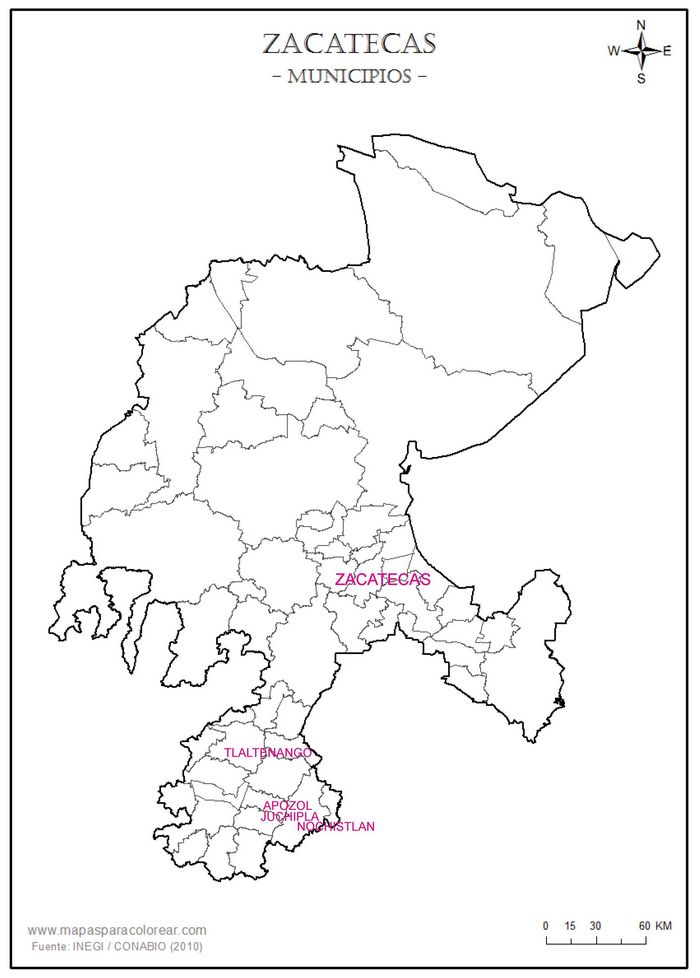 Three local issues are known from the section of the state that stretches south and is surrounded by Jalisco. 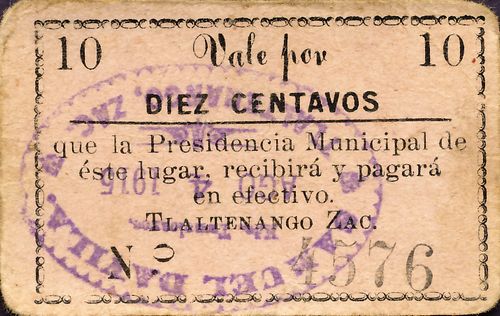 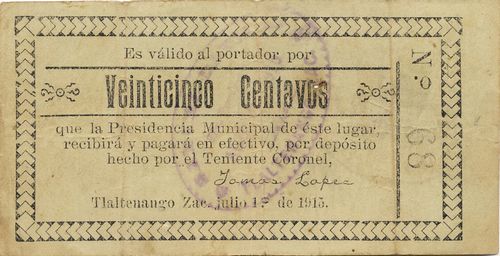 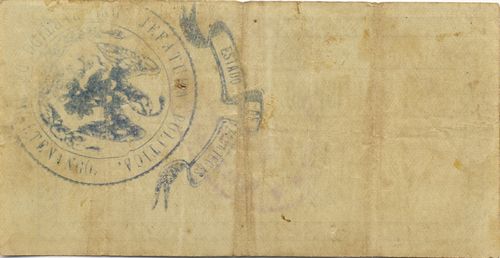 These notes were issued by the Presidencia Municipal in July 1915, backed by a deposit made by of Teniente Coronel Tomás López[text needed].

These did not circulate for long since the region was soon recovered by the Constitutionalists. Tlaltenango (and Colotlán) was captured by the Brigada Martín Triana, which by November 1915 had returned to AguascalientesEl Pueblo, Año II, Tomo II, Núm. 383, 15 November 1915. 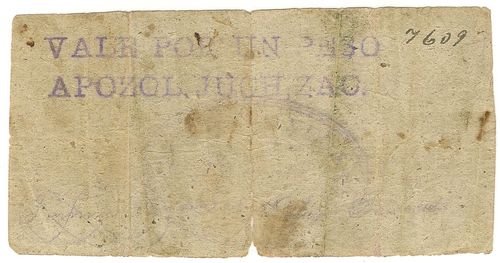 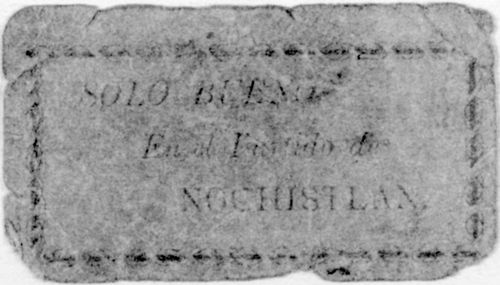 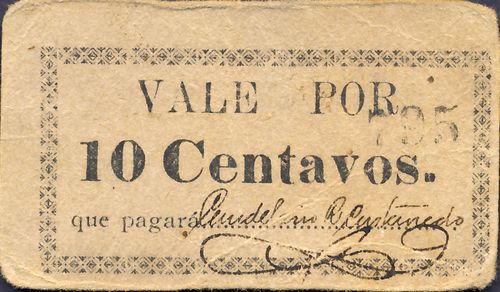 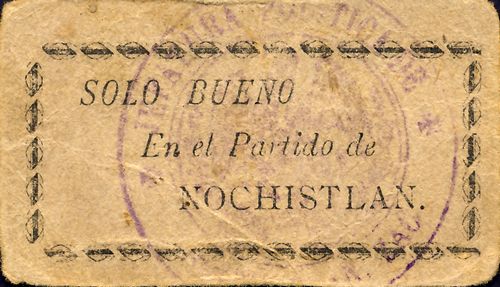 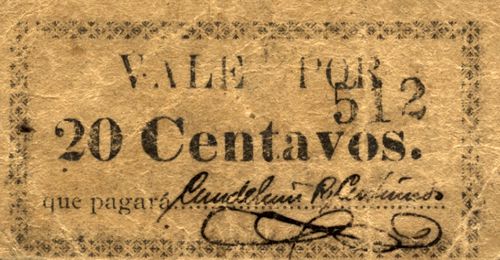 These have the seal of the Jefatura Política on the reverse. Known notes are guaranteed by P[              ] R. Castañeda[identification needed].