In various place the Carrancistas established a local Comisión Reguladora del Comercio to control the distribution of goods and to supply the troops.

The Oficina Reguladora del Comercio predated the Comisión Reguladora as on 9 October 1915 Donaciano López took over as jefe of the OficinaPeriódico Oficial, Año II, Tomo II, Núm. 11, 23 October 1915. A series of cartones issued by the Oficina, exchangeable at sight for legal tender, was obviously to counter the shortage of small change. 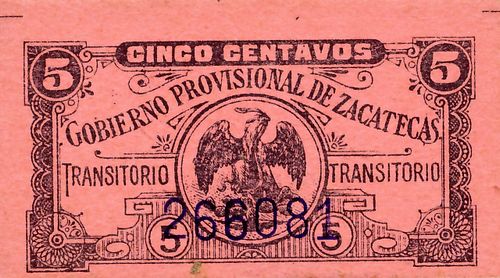 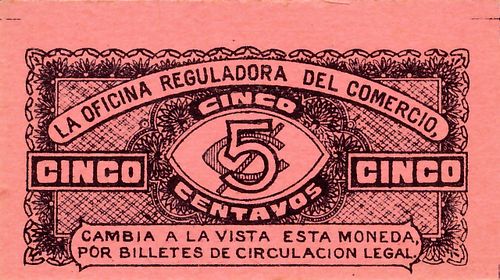 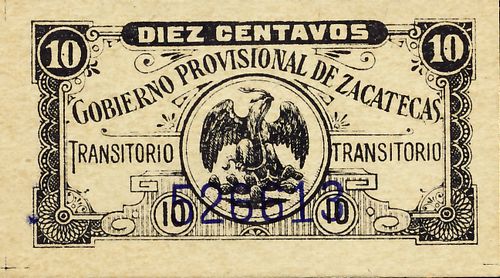 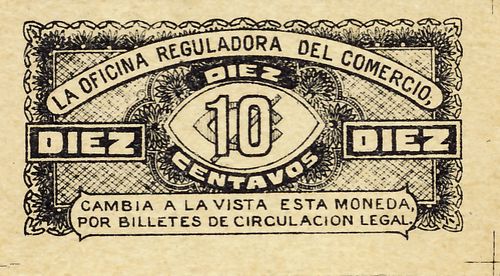 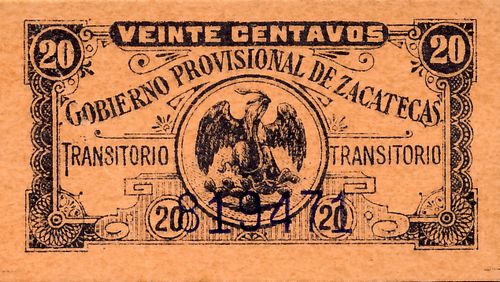 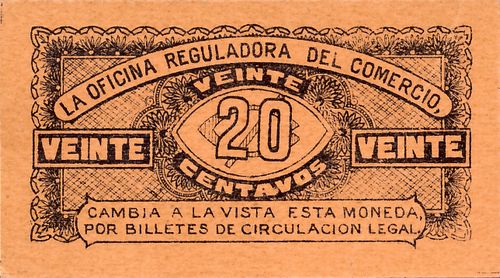 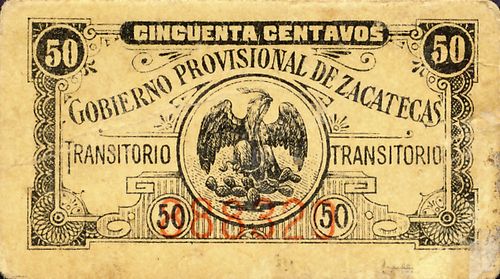 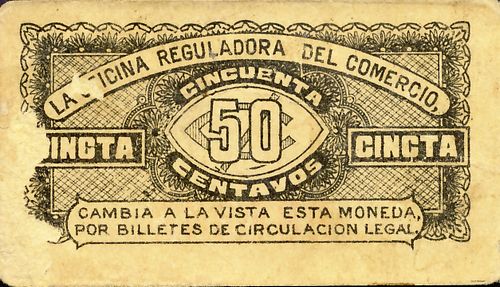 The Comisión Reguladora del Comercio in Zacatecas was established by governor Carlos Plank on 13 May 1916Periódico Oficial, Año 2, Tomo 2, Núm. 40, 13 May 1916. It was given $50,000 in operating capital by the Dirección General de Rentas and empowered to buy goods at the most favourable prices, which might have been the way its notes entered circulation.

As well as validating Chamber of Commerce notes it issued a series of cartones (10c, 20c, 50c and $1) exchangeable for merchandise in the Comisión’s outlets. 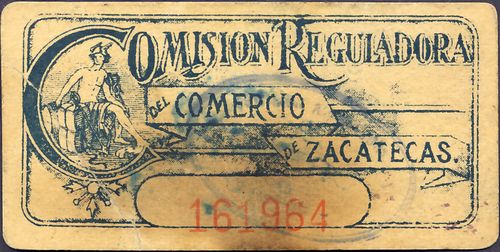 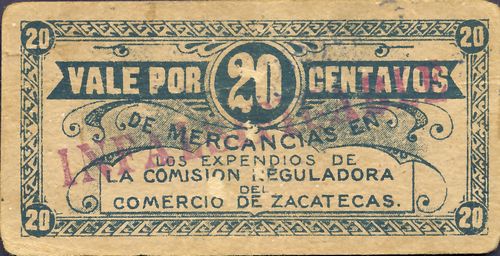 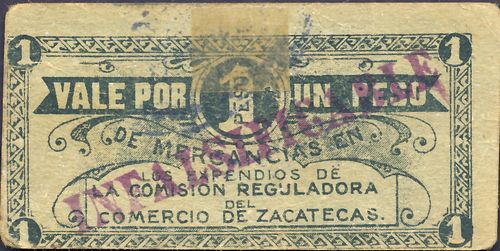