Gustavo Baz completed his education in Toluca and then went to Mexico’s Medical Military College. In 1914 he served as a medical doctor treating the troops of the Zapatista general Vicente Navarro and rose through the ranks. It was during this time he first served as governor of the state of México.

As elsewhere in Mexico, a major problem that the governor had to address was the shortage of small change, caused by the flight or hoarding of coins. So on 1 March 1915, Baz, by then a Coronel of the Ejército Libertador and provisional governor of the state, by decree núm. 4, authorized an issue of $500,000 in four denominations (5c, 10c, 20c and 50c), guaranteed by the resources of the state. He also created an extraordinary issue of $300,000 called ‘CANJE (EXCHANGE)’ to replace the cartones in circulationGaceta del Gobierno, Tomo XXXVII, Núm. 18, 3 March 1915.

Baz issued detailed regulations for the issueGaceta del Gobierno, Tomo XXXVII, Núm. 19, 6 March 1915. It would be produced in the Boys’ School of Arts and Crafts (Escuela de Artes y Oficios para Varones), under the supervision of two interventors, one of them from the Finance Department (Ramo de Hacienda). The interventors were to be in control of the series and validating controls (señas y contraseñas), the sheets of paper used and the records of daily number of notes produced. The numbering, validating and cutting of the notes was to be done in one of the offices of the Executive Palace (Palacio del Ejecutivo). Once the print run was finished, the equipment would be placed in the Cash Department (Departamento de Caja) until the time for any necessary replacements.

The 5c were circular pasteboard ‘coins’, the only time such were issued by a revolutionary authority. The central motif on the reverse is the coat of arms of the city of Toluca, comprising the god Tolotzín and the toponyms of the villages that make up the municipality. It gives the Nahuatl name of the city, Tollocan, which means ‘Where the head is bowed down’.

The 20c and 50c notes had a common design. The statute on the front is the Fuente del Aguila in the Paseo Colón, built to commemorate the centenary of Mexico's independence, while the building on the back is the Executive Palace. 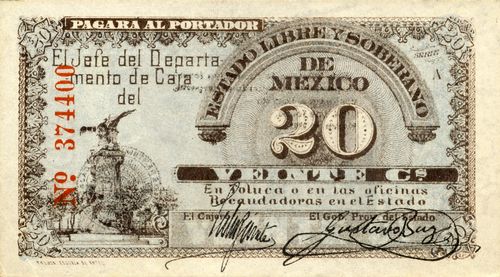 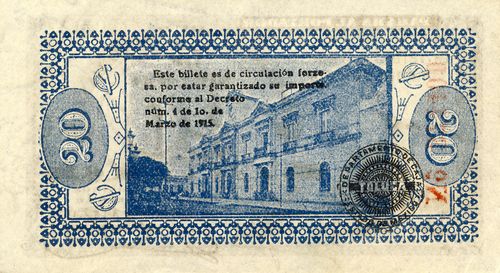 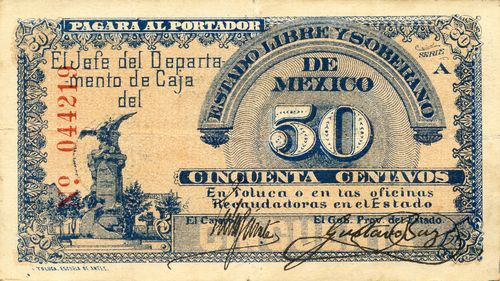 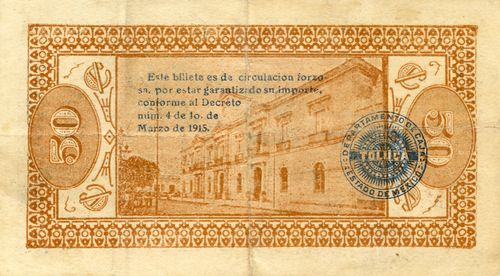 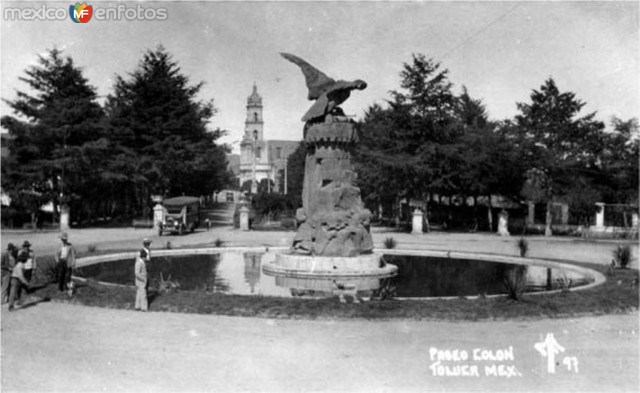 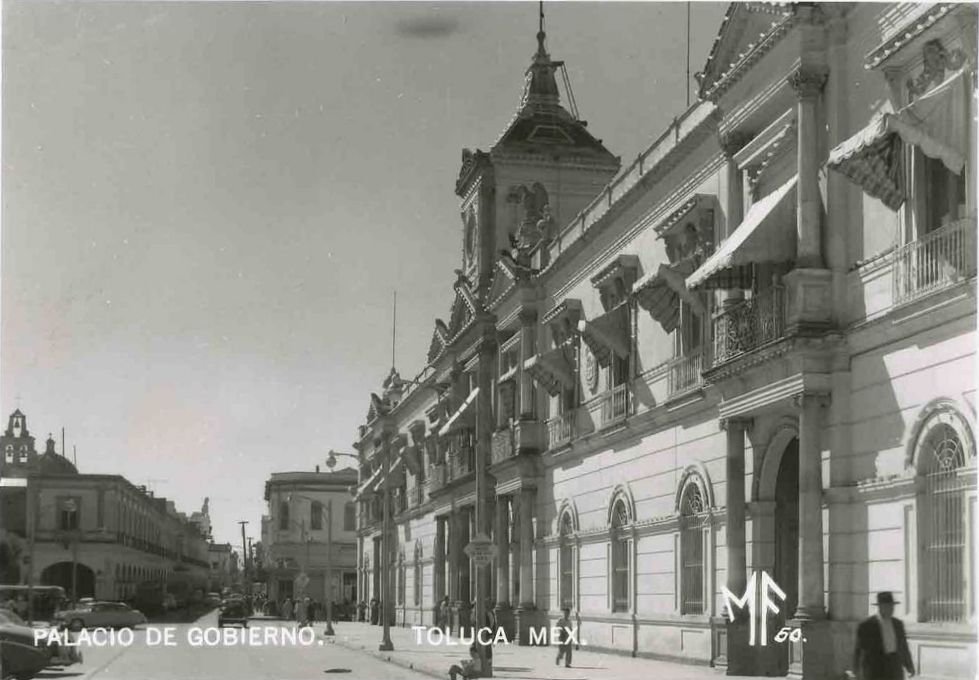 On the same day (1 March) decree núm. 5 authorised an issue of up to $30,000 in $5 provisional notes, to pay the troopsGaceta del Gobierno, Tomo XXXVII, Núm. 18, 3 March 1915. Article 7 of Baz' decree núm. 4 authorises an issue of up to $300,000, whilst decree núm. 5 authorises $30,000 in $5 notes. So these notes refer to decree núm. 4, either intentionally or by mistake. These were to be withdrawn after four weeks, and this condition was printed on the notes. The front and back had a common underprint with the only uncommon feature the city coat of arms in the centre.

On 22 May Baz told the public to exchange these provisional notes in the local Oficinas Rentísticas as from 30 June they would be null and voidGaceta del Gobierno, Tomo XXXVII, Núm. 47, 12 June 1915. 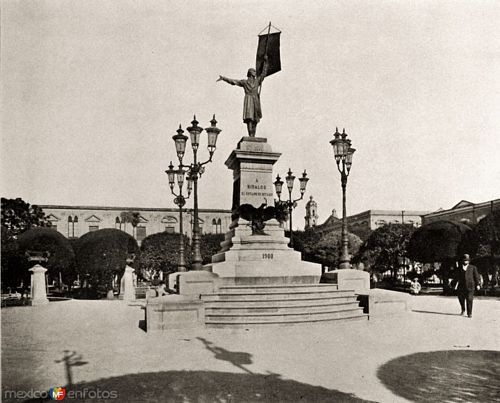 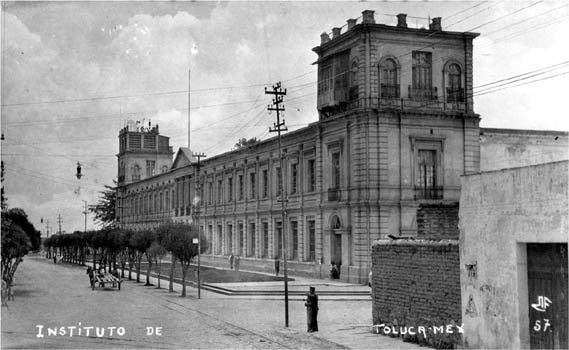 Perhaps this was the occasion for a slight change in the lettering of SERIE B.

In summary, Baz's issues were:

Nothwithstanding Baz’s repeated assertions that this issue was covered by the state’s own resources in August he provided for the acquisition of bullion to be converted into coin and used for withdrawing these notes through six-monthly selection by lot. This would have taken years but the Convention left Toluca during the second week of October, either to join Villa or head for Morelos and the Zapatistas left soon after. Baz left on 14 October (and the next year resigned his generalship to continue his medical studies) and the Constitutionalists took over the same day. The next day their Jefe de las Operaciones, General de Brigada Alejo G. González, in his first decree nullified Baz’ issue.