In November 1914 Teniente Gabino Manzilla, Jefe del Destacamento in San José del Cabo stated that from 18 November local businesses were authorised to issue 'boletos' of 5c, 10c, 20c, 50c and one peso. These should have the stamp or signature on one side and in the centre the stamp of the Subprefectura Política, where the business should deposit a sum equivalent to the issueABCS, Gobernación, vol. 642, exp. 150.

On 4 April 1915 San José del Cabo reported that merchants had $1,004 in vales (Roberto Fiol $300, Yee Sang $200, John Cozzulo $24, Arturo Canseco $260, Santiago Ceseña $100, Eduardo Monet $80.00 and Manuel Galindo $40ABCS, Gobernación, vol. 648, exp. 106. On 5 April Ortega sent a circular to the Presidente Municipales of Mulegé and Comundú and the Alcalde Municipal of Santa Rosalía that in accordance with the agreement of 31 March businesses could give change in the same money as the purchaser used or with vales issued by the various casas comerciales, on the understanding that the casas informed the Jefatura of the amounts issuedABCS, Gobernación, vol. 648, exp. 106.

In 1897 Ceseña owned the Restauración hacienda which grew sugarcane and produced panocha, a coarse grade of sugar.

By 4 April Eduardo Moüet had in issue $40 in local vales.

Arturo Canseco then asked for $300 thus

The catalogues record but do not illustrate a 5c and 10c note from Arturo Canseco[images needed].

Roberto Fiol  was the owner of the Casa Alemana.By 4 April he had in issue $300 in local vales.

The catalogues record but do not illustrate a  5c note from Roberto Fiol[images needed]. 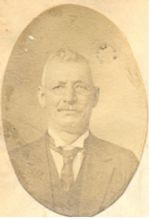 John Cozzulo was an Austrian businessman.

By 4 April John Cozzulo had in issue just $24 in local vales.

Yee Sang then asked for and received $50.

By 4 April Manuel Galindo had in issue $40 in local vales.

Manuel Galindo then asked for and received $25.

On 2 July when it was agreed that four casas comerciales in La Paz could make a further issue of vales the news was circulated to the Presidente Municipales of San José del Cabo, Todos Santos and El Triunfo, who were asked to find out if local businesses wanted to do the sameABCS, Gobernación, vol. 642, exp. 150.