On 3 December 1863 because of the desperate need for funds due to the war with Maximilian the vice governor Tomás Aznar Barbachano, decreed that $12,000 that would be due to the Aduana Marítima in import taxes should be prepaid. Payment should be made in two instalments, half on 10 December and the second half on 20 December. Contributors would receive receipts in the form of printed billetes, that would note the original sum and also a 15% premium, so that the whole issue would total $13,800. The billetes were to be in five denomination from $5 ($5.75) to $100 ($115).

The notes would be redeemed with 25% of the import duties currently destined for payment of a previous loan, requested on 17 November 1863, and holders of those loan notes could exchange them for these new billetes. The manner of the redemption was to be regular auctions, at which holders would bid to redeem their notes and the ones willing to accept the least amount of hard cash for their notes would win the right to redemptionEl Espirtu Público, Períodico Oficial del Estado de Campeche, Año VII, Núm. 473, 4 December 1863.

As the notes state on their face that they are payable to the bearer and can be passed from one holder to another without the need for any endorsement, they can be considered paper money. 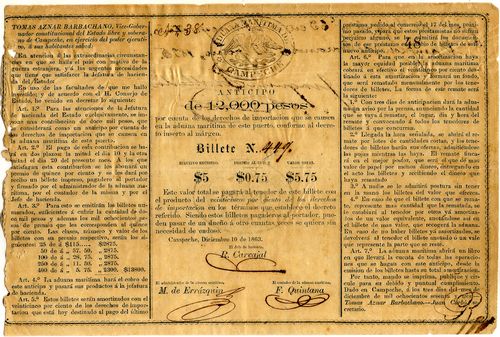 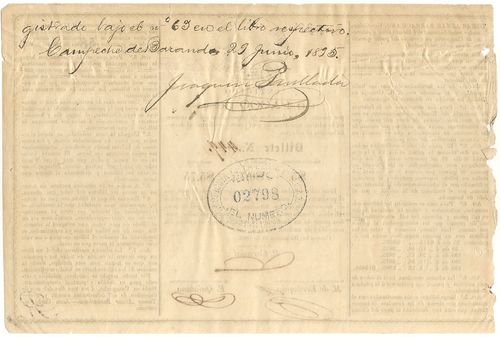 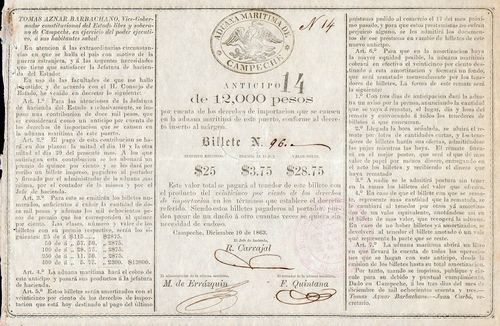 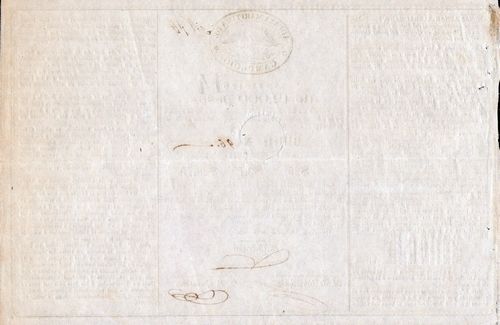