The revolution in Campeche

The Constitucionalists under Coronel Joaquín Mucel took over on 10 September 1914. Thereafter, after a period of catch-up in September and October when the Periódico Oficial published Carranza’s earlier currency decrees it mainly reprinted Carranza’s decrees verbatim with little local content.

On 2 December 1914 the governor sent a circular to the Recaudadores de Rentas in Campeche, Ciudad de Carmen, Laguna, Champoton, Hecelchakan and Hopelchen, stating that the notes issued by the government of Chihuahua were no longer in circulationACamp. On the same day the Jefe de la Armas in Ciudad de Carmen, E. Manjarry Pauling, reported that businesses were refusing to accept the banknotes from northern states (billetes Bancos Estados Norte) and $1 Constitucionalistas (certainly Ejército Constitucionalista rather than Monclova) and the next day was told that only the notes of the government of Chihuahua lacked legality and all the others were of forced circulationACamp.

Besides the national issues the notes of the Comisión Reguladora del Mercado de Henequén were also used in the state. Carranza's original authorisation, published on 23 January 1915Periódico Oficial, Año XXXIII, Núm. 2798, 23 Juanuary 1915, stated that the notes would be of legal and forced circulation within Campeche if the Comisión extended its operations to there and notes are known needleprinted CAMPECHE. 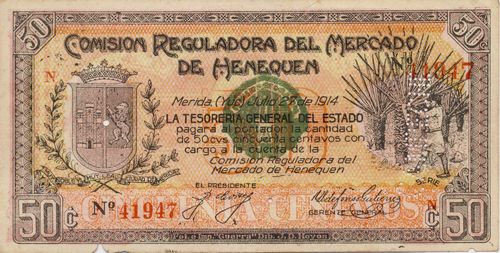 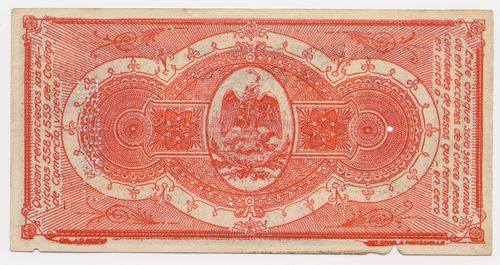 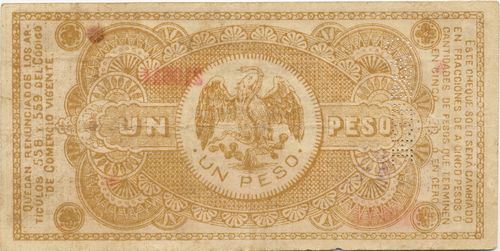 On 6 December 1917 Rafael Nieto wrote in a telegram to Salvador Alvarado that Carranza wanted circulation to be restricted to Yucatán, Campeche and Quintana Roo.