By February 1915 there were around 20 so-called exchange banks in existence in El Paso which dealt exclusively in Mexican paper currency and, because of the enforced use of paper money by Mexicans in Mexico, did a great volume of businessEl Paso Herald, 6 February 1915.

Normal banks also used these notes as a marketing medium. 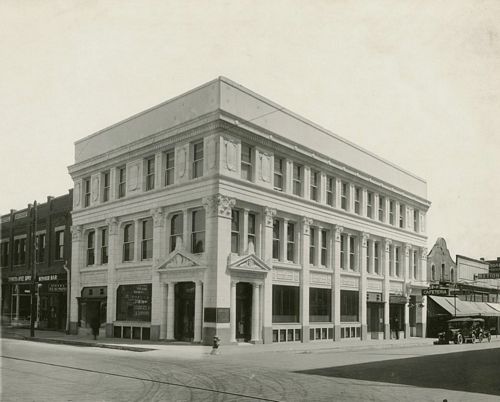 In January 1915 the Commercial National Bank was at 107 Texas: in March 1916 it moved to a Henry C. Trost designed building on the the corner of North Mesa Street and Mills Avenue. From 1918 to 1922 the bank was known as Security Bank & Trust Co and in 1925 became the El Paso National Bank. 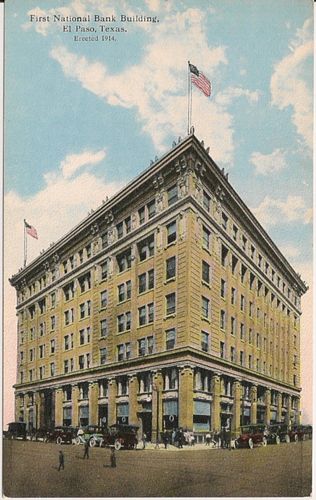 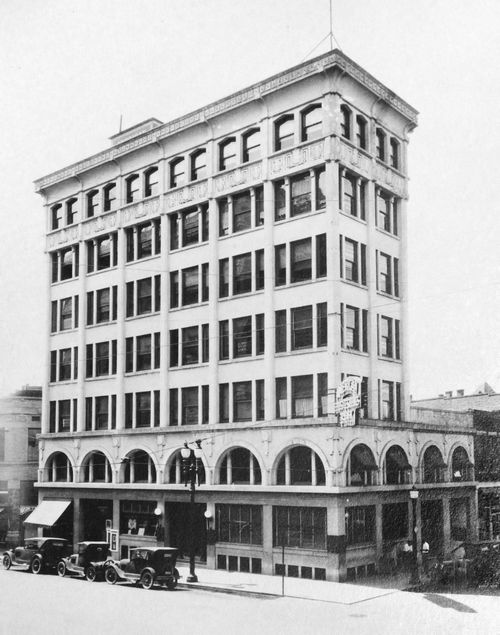 Constructed in 1910 as the Rio Grande Valley Bank Building, at 115 North Mesa Street, the Abdou Building, as it is known today, was renamed after being purchased by prominent businessmen Sam Abdou in 1925. Designed by Henry C. Trost, the beautifully detailed reinforced concrete building has no two sides parallel on the quadrilateral site.

The Rio Grande Valley Bank & Trust Company also used postcards with dos caritas stuck on them and the inscription ‘$1.00 Bill All Kinds of Money in El Paso $1.00 Bill/$1.00 Bill Villa Mexican Currency $1.00’ around the border as a marketing ploy. 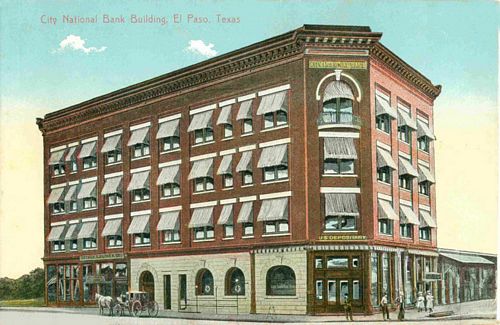 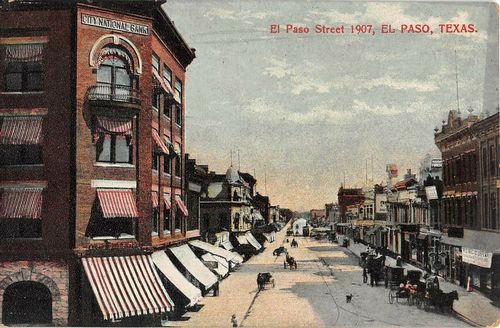 The Chihuahua Exchange company, with a capitalisation of $150,000, was incorporated in Chihuahua on 15 April 1905, with Lorenzo J. Arellano as president and manager, Alberto. V. Garcia as vice-president and treasurer and Salvador Arellano as secretary. Its object was to buy and sell country and city properties, and deal in real estate generally, to deal in mines and metals and to promote all classes of commercial and banking operationsEl Contemporaneo, 8 May 1905; The Mexican Herald, 15 May 1905.

In 1915 the International Exchange and Commission Co, with Martin Falomir, Guillermo Porras, and José Asunsolo as owners, was at 313 First National Bank Building: in June 1916 it moved to spacious offices at 324 South El Paso StreetPrensa, San Antonio, 23 July 1916. They were private bankers, offering 4% on deposits, buying and selling Mexican money, and carrying out import and export and general commission business. 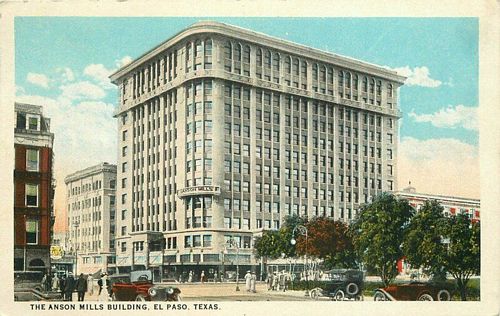 The Mills building stands on the original site of the 1832 Ponce de León ranch. Anson Mills hired Henry C. Trost, El Paso's foremost pioneer architect to design and construct the building. Completed in 1911, it was one of the largest all-concrete buildings then constructed.

This might have been a broker or, more likely, a curios shop.

In October 1915 it was reported that all the banks in Nogales were giving away Villa currency as souvenirsEl Paso Herald, 5 October 1915. 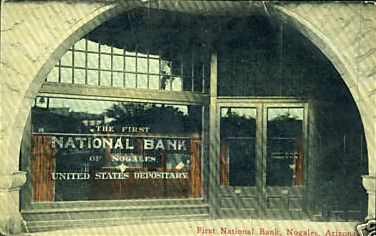 The First National Bank was located at [                                       ]. In 1912 a local newspaper reported that "The First National Bank of Nogales is one which might be emulated with profit by many far more pretentious. When the panic of 1907 struck Arizona it was almost the only financial institution in the state which met all its obligations without hesitation or reservation and paid all checks presented at its counter without giving out to depositors the admonition to draw lightly, nor did it limit the amounts drawn to small sums, as was the case with banks in Phoenix, Bisbee, Tucson, Douglas and other places; and, for that matter, all over the United StatesThe Oasis, 25 December 1912".

The Oklahoma Stock Yards National Bank was first chartered in 1910 along with the opening of the Oklahoma City stockyards and two livestock packing plants, Morris & Co. and S & S Packing. The principal owner was Col. Edward Morris who also owned other banks, stockyards companies and other packing plants in the Midwest. The bank moved to downtown Oklahoma City in 1924.

This trust company, located at Church and Main Streets, Gloversville, New York, was established in 1917.