In 1884 the public refused to accept the new nickel currency that President Manuel González tried to introduce. In Chihuahua angry crowds gathered in the streets around the Palacio de Gobierno demanding that the coins be changed. In his reminisences in 1920CEHM, Fondo Creel, 238, 60993 reminiscence of Enrique C. Creel in letter, 9 March 1920, Enrique Creel recalled that when the crowd got into the patio and threatened the governor, Celso González, he sent for Creel for his advice. Creel suggested that the governor (through an orden tronante) allow the Banco Minero Chihuahuense to issue notes of five and ten centavos, redeemable for larger denomination notes (and those in turn for moneda corriente), and that the bank should give these out in exchange for nickel coins, in whatever quantity they were presented. González and his entourage agreed and Creel told the crowd that by eight o’clock the following day the bank would begin to exchange the nickel coins, as soon as they had printed the notes.

Creel did not want to involve any printing company, so he and Carlos Pérez worked through the night on a small press that they had and produced enough five and ten centavo notes, with signatures and contraseñas, to fulfil his promise. From the moment that it was announced that the Banco Minero Chihuahuense would receive the nickel coinage, the disturbances stopped and people went home happy.

Creel and Pérez continued printing notes up to a amount that did not exceed $20,000 and arranged with González that they should carry a seal and contraseña of the Administración General de Rentas, to give a greater guarantee and avoid abuses. 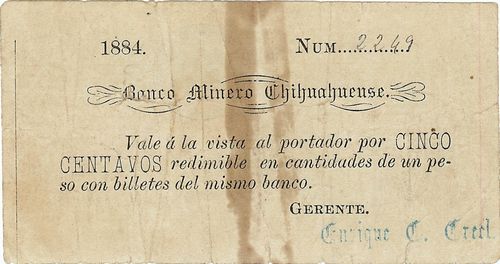 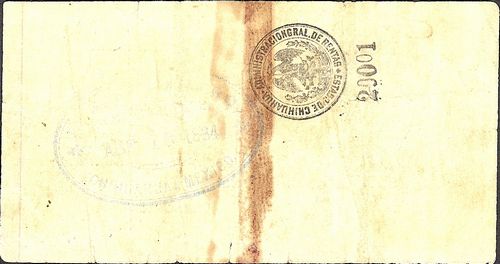 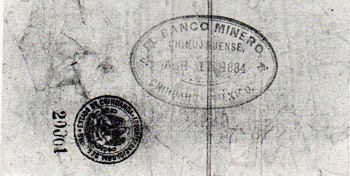 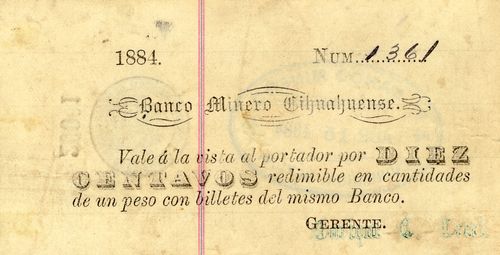