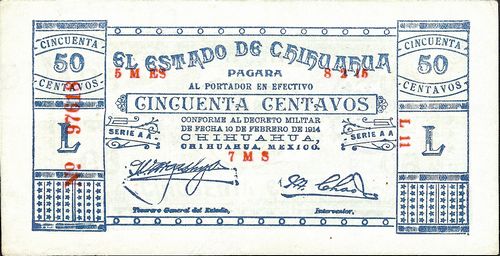 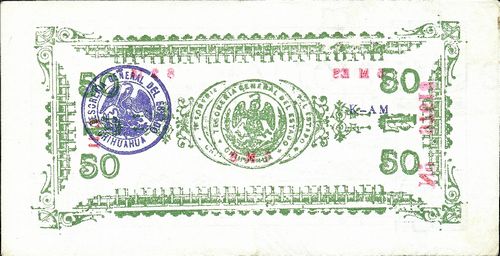 The blue and white 50c note is an ‘artist’s representation’ of the earlier 50c note, issued in August to October 1915, presumably because supplies of the original note had been exhausted. The series number run from L-1 to L-28 (L for fifty?) and control letters from A-MA to Z-AM and then AA-AM, BB-AM, CC-AM. In general date, series and control letter form a consistent sequence and the anomalies can be explained by printing errors, e.g. for the first two days of September the printer did not alter the month on the date stamp whereas on 30 September he accidentally moved it on or O AM for P AM. All notes also have a reference 5 M ES. 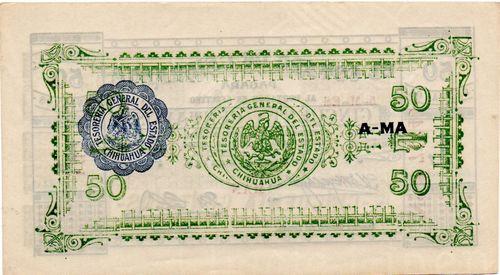 An interesting anomaly is some notes with the code L-0, which are out of sequence for date and code and have the reference R D L with a numeral in place of 5 M ES. 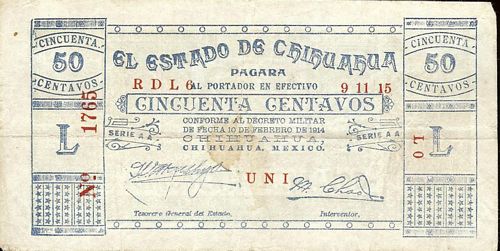 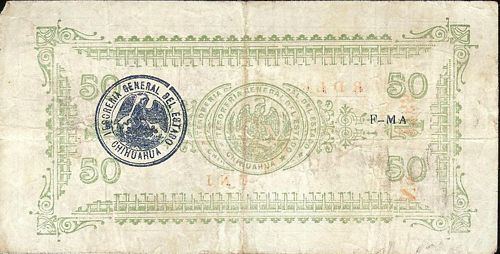 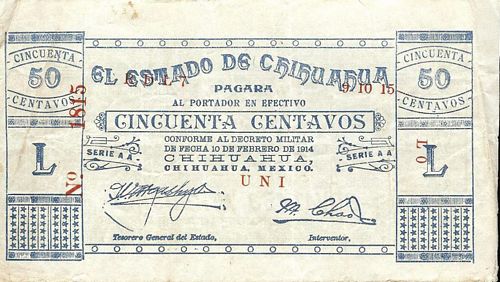 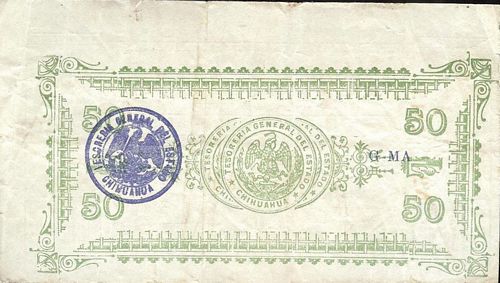 Huston Pearson has pointed out that all these L-0 notes have low serial numbers, below 2000, compared to the 'normal' run. He has also recorded the following note which might have been a printing error (L- for L-8) except that it also has a low serial number. 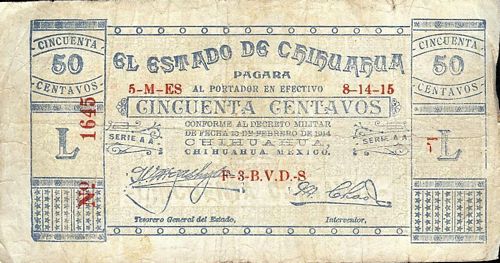 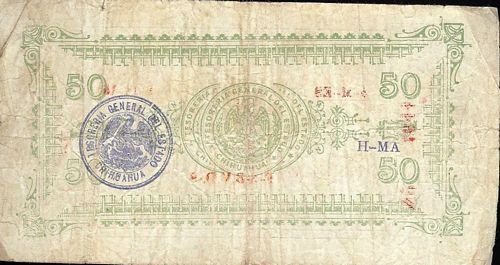