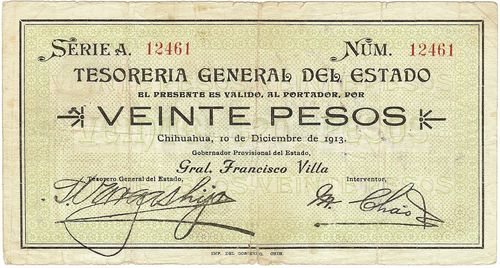 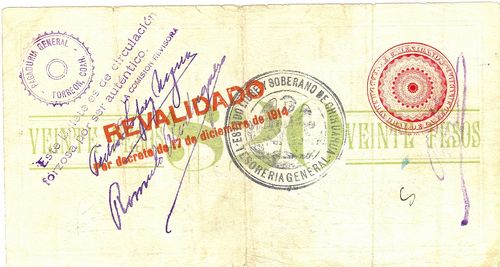 The A 'NUM.' with a printed (rather than stamped) seal on the back is a counterfeit (see Counterfeit $20 sábanas Type 1), even though they are known with resellos. 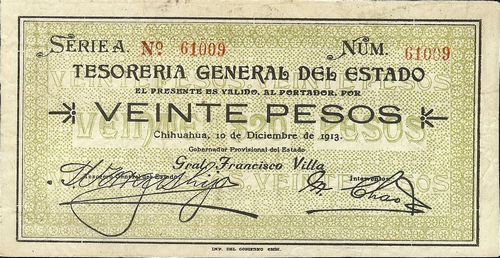 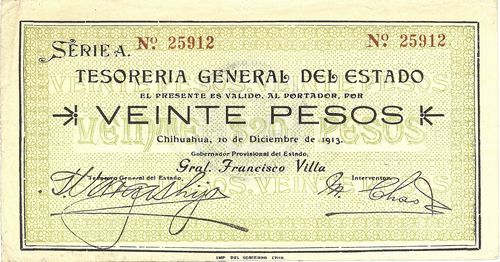 These are known both with and without a dot after 'GOBIERNO' in the printer's imprint, presumably from different positions on the page.

Some notes have the left flourish of the letter 'S' filled in, but as these notes are known with a variety of resellos and with the 'REVALIDADO' revalidation, they are as likely to be a genuine variation rather than counterfeits. However, such notes are known with the misprint 'VIENTE' for 'VEINTE'. 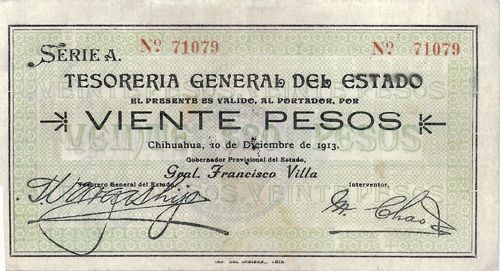