Besides serial letters the 25c is known with different printer’s imprint, different abbreviations for ‘Número’, different sized numerals, different coloured seals and a variety of control letters. As the later dos caritas issue did not have a 25c value, these fractional sábanas continued to be issued until July 1915. 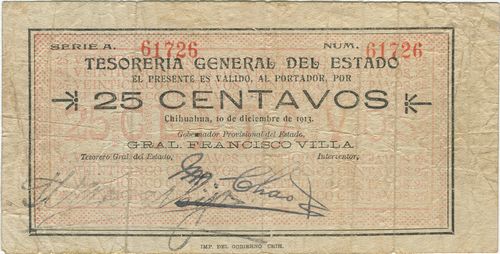 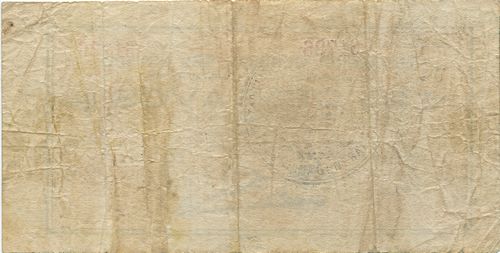 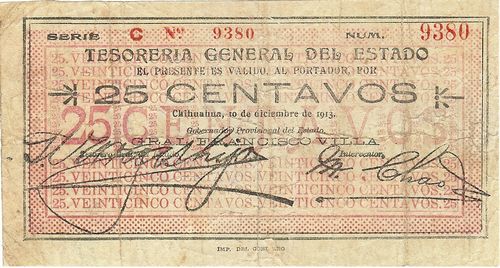 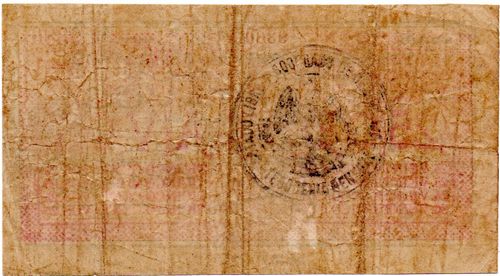 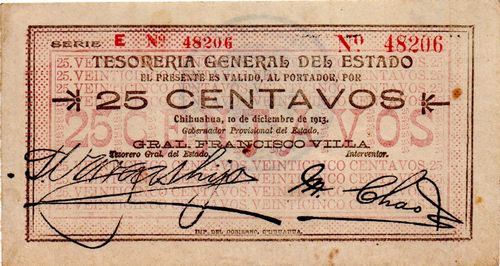 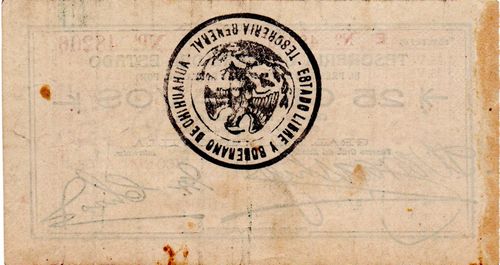 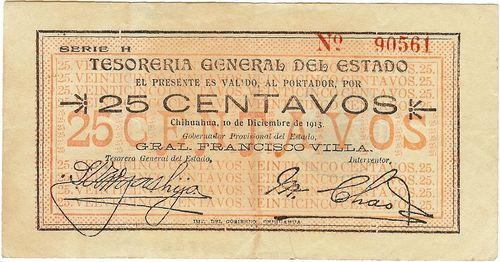 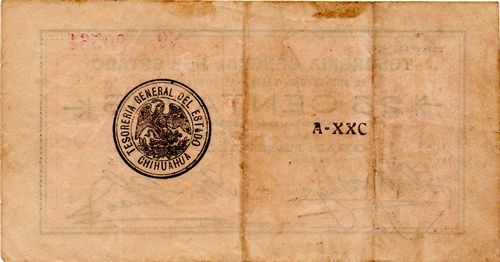 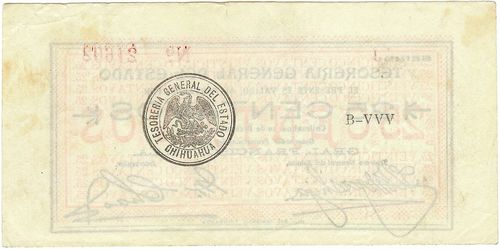 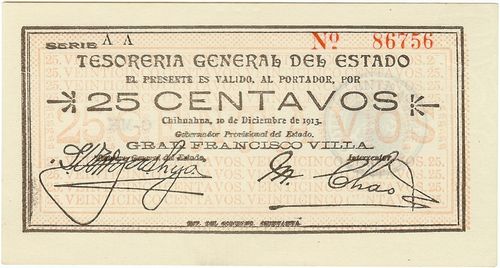 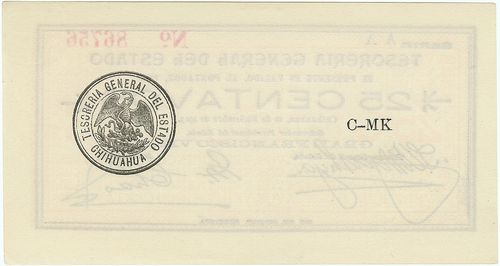 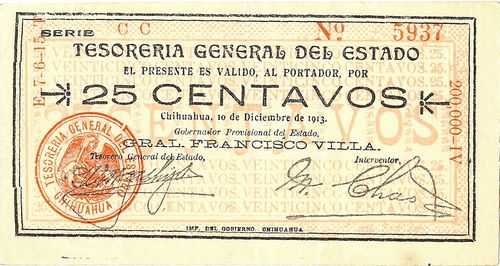 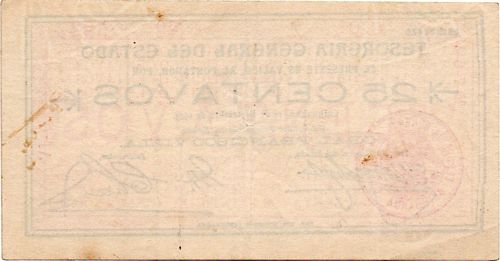 One can note the progression of the Tesorería seal over time. The rough original seal was replaced by a finer seal with a break across the ‘O’ of ‘TESORERIA’. This then developed a crack in the rim at 1 o’clock.