The counterfeits from the Alvarado Mining and Milling Company

Recorded numbers were as follows:

The local judge started an investigation. Eduardo E. Johnson, the company’s cashier, said he had bought about $15,000 in currency in El Paso and some other from the Tesorería General del Estado. Another employee of the Alvarado, J. Y. Baskin, said that on 11 March he had brought eight packets from El Paso, with $29,713 in $5, $10, $20 and $50 and on 13 March entrusted the money to the Alvarado company.

The Chihuahua newspaper, Vida Nueva, called for exemplary punishments, pour encourager les autresVida Nueva, 2 April 1914. However, the American newspapers reported that the Americans has bought the money in good faith to pay their employees and that Letcher anticipated little difficulty in straightening out the matterNew York Times, 3 April 1914. Various other employees were arrested, but they were released on 1 May. The matter dragged on, with Johnson and Hawkins at liberty, and it seemed they ultimately suffered no penalty, apart from losing the value of the counterfeit notes.

Two experts, Jesús Fierro Ibarra y José Murillo, examined the notes, unfortunately comparing them with just single examples of each value that they had received from the Tesorería General (via the Recaudador de Rentas). In the case file the four counterfeit notes are marked 'Genuine' (Verdadero) whilst the genuine examples are marked Falso, which does nor inspire much confidence. The differences they noted were as follows. 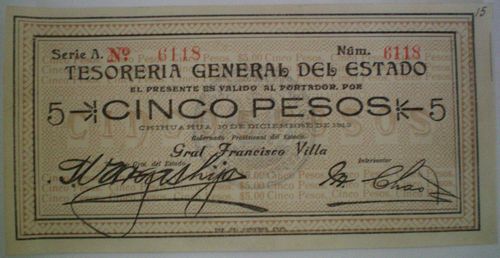 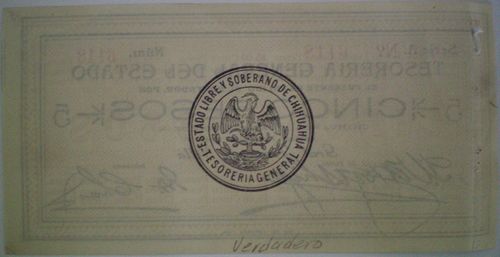 The experts did not comment on the fact that their counterfeit example, A 6118, has "Gobernado" instead of "Gobernador". 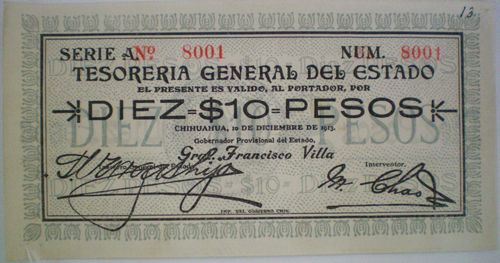 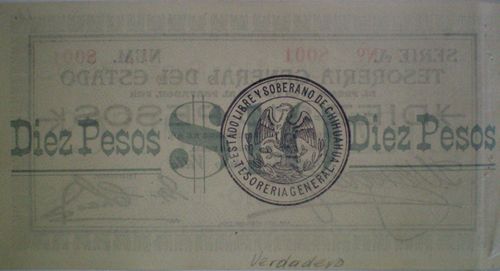 This is counterfeit Type 1. 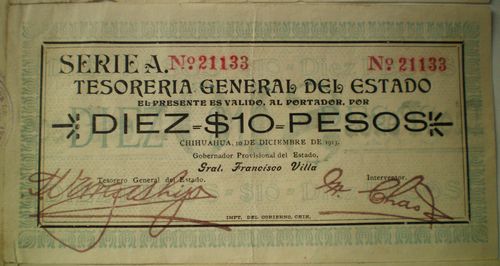 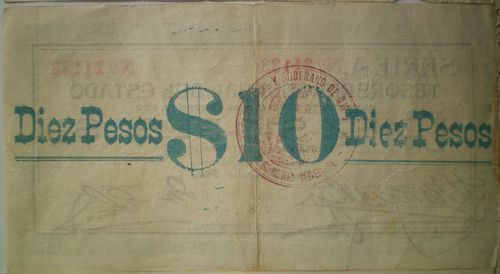 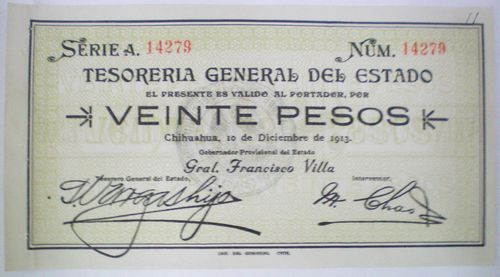 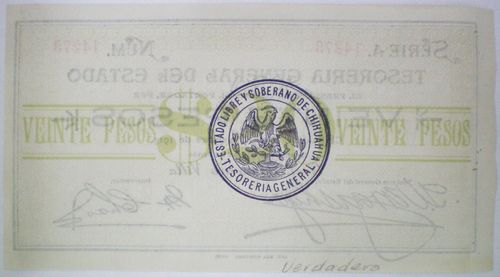 This is counterfeit Type 1, though the experts compared the counterfeit with only one type of genuine note, and there is in fact another genuine type with a single 'Núm.' on the right.

The experts commented that $20 A 9142 seem to share details from both the genuine and the counterfeit notes, since its dimensions, general colour, and print type were the same as the genuine notes but it had the black abbreviation “NUM” instead of the red “No”. The seal also appears to be be of cauchua or rubber, but it differs from the genuine seals in size and the space between “ESTADO LIBRE Y SOBERANO DE CHIHUAHUA” and “TESORERIA GENERAL”. It resembled the counterfeits in having “NUM”, (red No at left), the imprint “IMP. DEL GOBIERNO, CHIH.”, and the bola at the end of Chao’s signature. They left it to the judge to decide whether it was genuine or not. We would probably accept it as genuine. 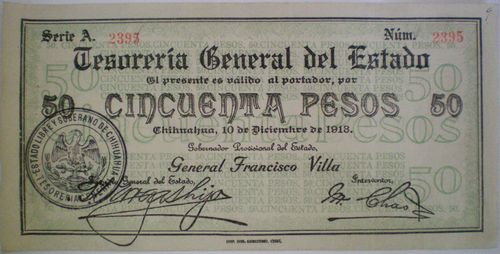 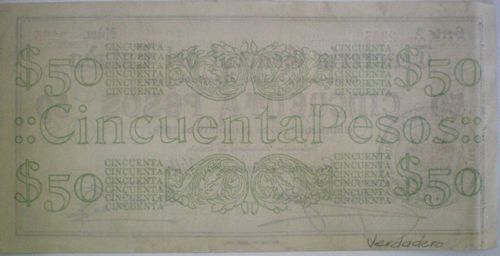 Fierro Barra and Murillo's comments were:

In their report the experts mixed up the shading on "50 CINCUENTA 50" and did not mention that the counterfeit note, A 2395, reads 'Chihnahua'.

Whilst examining the differences in the Tesorería General seal the experts remarked that the Tesorería used ten different rubber stamps but that all of them were wider than 40mm whilst the seal on these counterfeits was 39.5mm. They asked Chihuahua to send them examples of the ten different genuine seals and these are reproduced below:

Seal is metal and imprinted, so details are equal and distinct