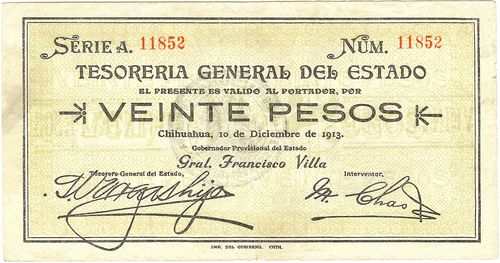 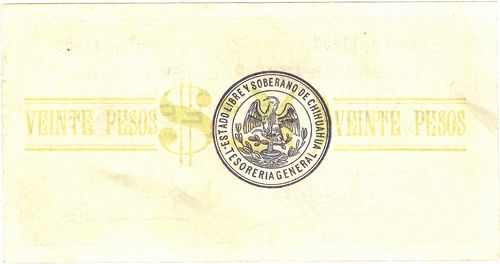 The characteristics listed in the notice of 21 March 1914 are as follows:

On 26 March 1914 Pedro Maese, the collector of customs at Ciudad Juárez and the expert who determined which money was counterfeit and which genuine, testified before a United States commissioner's court in El Paso, in the case of J. G. Sperro, charged with having in his possession forged and counterfeit money of a foreign countryEl Paso Herald, 26 March 1914. Maese outlined the following differences:

In March 1914 the El Paso HeraldEl Paso Herald, 27 March 1914 reported that local businessmen were doing a bit of expert money examination on their own initiative. Having obtained one of the notes that has been restamped in Ciudad Juárez, they compared all money that was offered them and if it compared well they accepted it in payment for goods and in exchange for American money at the prevailing rate. There were many ways to distinguish between bad and good rebel money. By placing two of the notes side by side, the difference could be readily seen but the only difficulty was is in telling which was genuine and which was bogus. The newspaper said that the $20 sábanas had been most widely counterfeited and the differences it listed were:

The notice of December 1914 also mentions:

These notes, which include the three examples from the Supreme Court in Chihuahua, also have