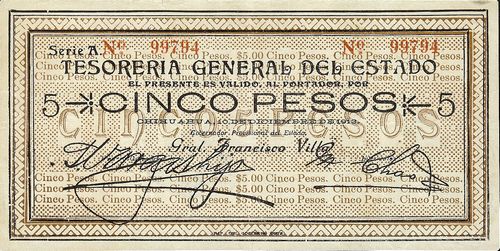 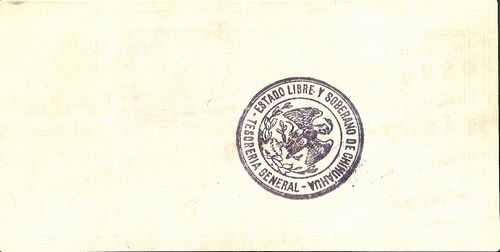 Another listed in the December 1914 notice was a Series A note. This is probably the same as Type 4 though it is strange that the writer missed the most obvious feature - the two strokes in the peso sign. 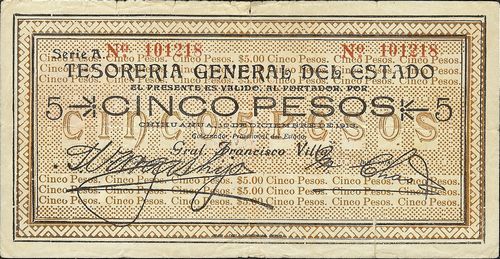 This counterfeit was mentioned by Lazaro de la Garza in June 1914LG papers, 1-F-28, telegram from de la Garza, Ciudad Juárez, to Villa, Torreón and Fidel Avila, Chihuahua, 9 June 1914. De la Garza wrote that, in view of this and other counterfeits, it might be advisable, if the others agreed, to set a period of one month to exchange legitimate notes for the new dos caritas.

In keeping with the requirements of the times these notes were also given counterfeit REVALIDADO overprints. 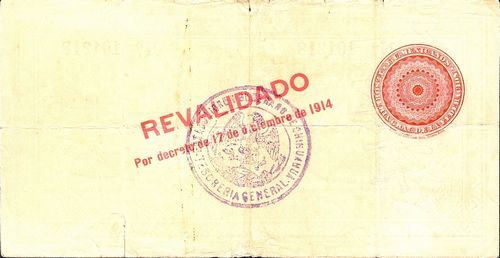