Private issues after the Revolution

There are few references to private issues after the Revolution in correspondence from Saltillo.

On 3 September 1926 the juez auxiliar of El Colorado informed Delfín Cepeda, the Presidente Municipal of Saltillo, that in that hacienda workers were being paid with both hard currency (dinero en efectivo) and valesAMS, Fondo Presidencia Municipal, caja 169/2, legajo 41, exp. 96 The document mentions Juan Coronado.

This hacienda is about 25 kilometres south-west of Saltillo.

The Confederación Campesina Mexicana was an agrarian organization founded on 31 May 1933 in San Luis Potosí, at a convention of groups from the states of Tamaulipas, Michoacán, San Luis Potosí and Chihuahua (soon after joined by other groups) which aimed, inter alia, to support the candidacy of Lázaro Cárdenas for the presidency of Mexico for 1934. Once Cardenas won, his commitment to the improvement of living conditions of the peasants made it possible to carry out the distribution of land and the strengthening of the ejidos system. On 16 November 1933 the Confederación complained to the governor that the owner of the hacienda de Derramadero was paying with vales drawn on Saltillo. The town council asked the comisario auxiliar to investigateAMS, Actas de Cabildo, libro 48, acuerdo 302, f 47. 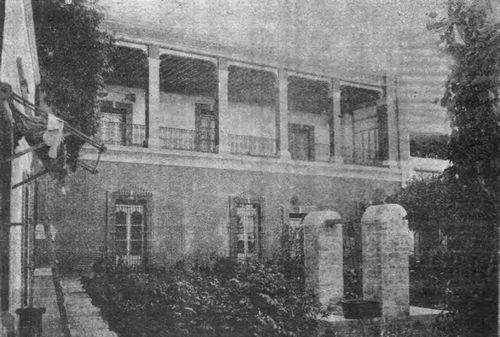 Esteban Jardón Herrera was rayador of the haciendas Bilbao y Anexas from 1930 to 1933 and Administrador General from 1933 to 1936. Esteban had gone to primary school in Torreón and in 1926 to the escuela particular de Agricultura in Ciudad Juárez, graduating in 1930 as an Ingeniero Agrónomo. He was later Presidente Municipal of Torreón from 1 January 1955 to 31 December 1957.

These proofs of work were redeemed on the Saturdays of every week. This 50c, dated 1 April 1933, was produced by the Dingler printing companyFrancisco Dingler Van Vliet, was born in Haarlem, the Netherlands, on 22 March 1877. In his youth he worked on the railways of his home country and South Africa, and took part in the Boer war. He was taken prisoner and read in the prison library about Mexico, so on his release in 1903 he moved to there and settled in Torreón, where he worked as a superintendent for the American Brad Street credit company. In 1915 he set up the Dingler stationery company, and then in 1917 the Dingler printing press. He was a tireless promoter for the city: as secretary of the junta de mejoras materiales he organised the paving of its main streets, and as a member of the Laguna automobile club, championed the building of the bridge connecting Torreón, Gómez Palacio and Lerdo. When 303 Chinese were massacred on 15 May 1911, he protected other Chinese from persecution by the revolutionaries, even at the risk of his own life, an action that earned him a decoration from the Chinese government. He died on 24 May 1969. and has the printed signature of S. Santiago y [   ].

By 1920 the lack of money in circulation and the insecurity in various parts of the Comarca Lagunera led to the use of vouchers (comprobantes de raya ) for amounts less than five pesos that were paid in the parent hacienda, which was considered to be a reintroduction of the tienda de raya. In some cases the ranches were located far from the main hacienda and around Santa Teresa, where conflict broke out, these vouchers were adopted as currency in the native villages (rancherias)AGN, Trabajo, caja 216, exp. 10, Conciliación. Conflictos. Conflicto en la hacienda Santa Teresa, Coah., report of an inspector to the jefe of the Departamento de Trabajo.