The ABNC engraved a special vignette of a female head (C 94) for all the values. It entitled this "Mexico" but it is of the leading socialite Manuela García-Teruel y MansoA widely known story is that the President of the bank, Antonio Mier y Celis, was one of Manuela García-Teruel y Manso’s suitors. He asked her for a portrait to carry with him but she refused. Feeling dismayed he obtained her portrait from one of the members of her household and, as a revenge, used it for the vignette for the bank. He argued that if she would not be his, then her portrait would be in the hands of every citizen. A more noble and romantic version states that he did this to gain her favour.. The ABNC used vignette C 231 for the $10 note and vignette C 212 for the $50. Originally the dateline "MÉXICO.................de 188." was engraved on all banknotes.

The final printrun of March 1914 was never delivered and the notes were destroyed in September 1941. 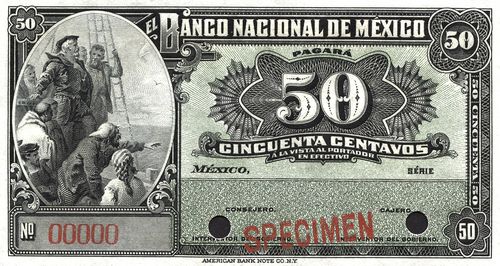 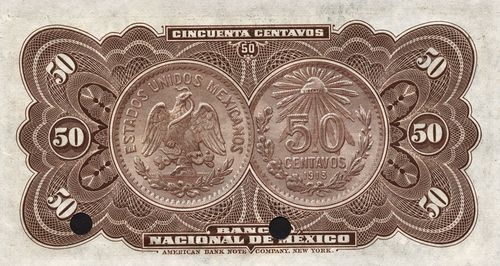