From December 1914 Carranza made arrangements for the withdrawal and destruction of the various issues that he ultimately acknowledged. Firstly on 8 December 1914 Carranza decreed that from 1 April 1915 the Monclova issue, Luis Caballero’s issue in Tamaulipas, three issues from Durango (the Estado de Durango notes dated December 1913, those dated January 1914, and Arrieta’s issue of August 1914) and Obregón’s Pagaduría del Cuerpo del Noroeste issue in Guadalajara dated August 1914 would be exchanged (and implicitly destroyed). On 16 Januay 1915 Carranza brought forward the withdrawal of the Monclova issue and immediately demoneterised it because of the number of counterfeits in circulation. On 27 March 1915 Carranza extended the deadline for the withdrawal of these notes to 30 June and added the Obligaciones Provisionales. On 1 June Carranza decreed the withdrawal and exchange of the fractional notes of the Cuerpo de Ejército del Noroeste. On 21 July he authorised his infalsificable issue and a week later, on 28 July, Carranza withdrew the low numbered Gobierno Provisional de México notes that he was willing to acknowledge.

On 28 June 1916 Carranza ordered that the 5c, 10c and 20c cartones and $10 Ejercito Constitucionalista and Veracruz notes should be withdrawn by 30 June, and exchanged by 30 August, while the federal offices would exchange the $1, $5, and $10 values of these two issues for infalsificables or certificates in oro nacional. 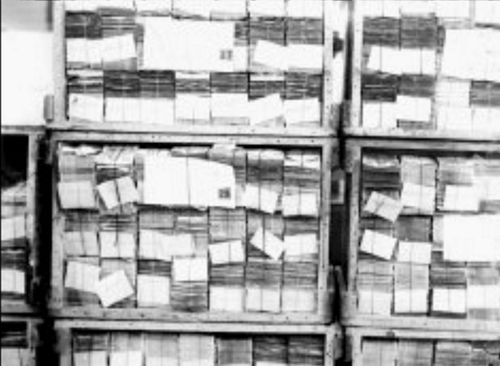 The reports of such incinerations often conflated the various issues, especially in aggregating the Ejército Constitucionalista and Gobierno Provisional de México issues, and are not complete. Besides the publicity-seeking events in te Nacional Palace, destructions took place in local offices, and in 19[ ] there was a drive to hold smaller crowd-sourced events as contributions to reduce the national debt.

In addition, given the millions of pesos involved, a partial listing of incinerations, throws little light on the survival and scarcity of notes. However the following is a summary of recorded incinerations of these Constitutionalist issues. 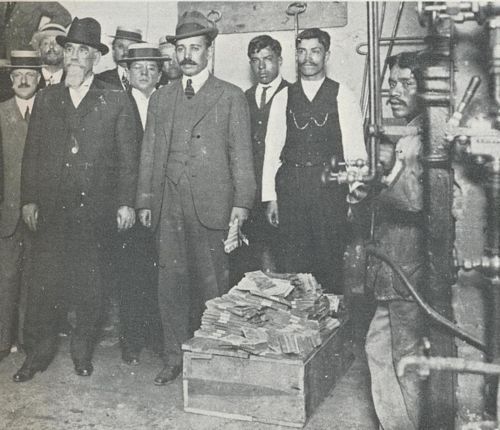 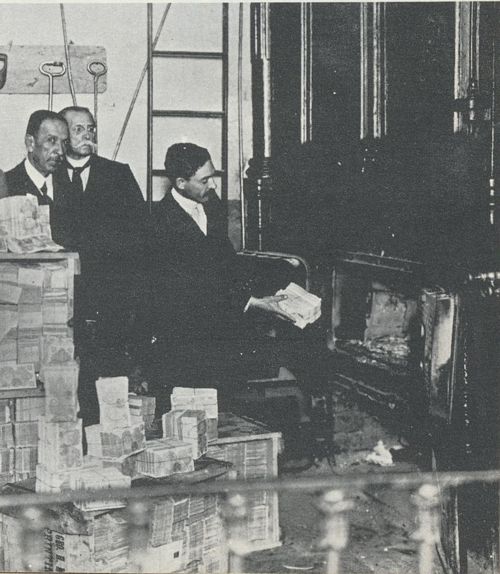 Notes of the Ejercito Constitucionalista and Veracruz issues

On 22 July the Secretaría de Hacienda announced that of the 250 million pesos of the Veracruz and Ejército Constitucionalista issues that had so far been collected fifty million were ready to be incinerated. These were on view in the offices of the Comisión Monetaria and the incinerations would be carried out daily in the Oficinas Impresoras de HaciendaLa Tribuna, 26 July 1916.

Angel Silva expected all Veracruz (and other withdrawn issues) to be destroyed by end of 1916 El Pueblo, 24 October 1916.

In a report to Congress on 1 September 1917 Carranza reported that the incinerations by the Comisión Monetaria and other government offices had reached $547,471,960.06. In addition they had destroyed $48,658,355.00, in notes that came from the Oficina Impresora of the Secretaría de Hacienda and had never been put into circulationPeriódico Oficial, Tamaulipas, Tomo XLII, Núm. 75, 19 September 1917.

"Illegal" notes, that is of the opposing factions