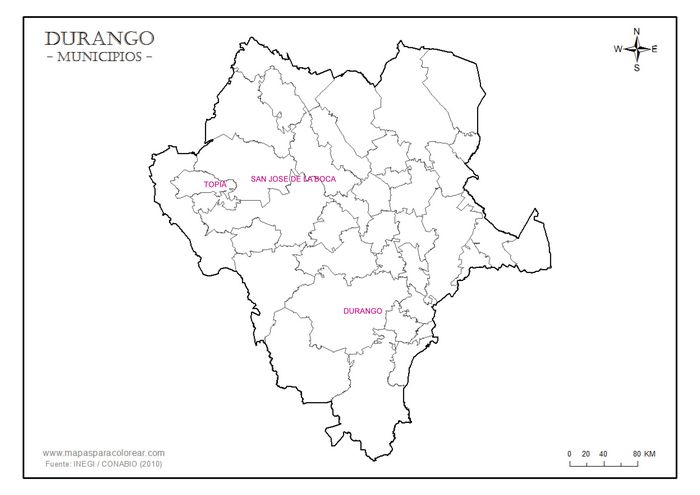 Recently a typewritten five peso voucher from San José de la Boca in the northwest of the state, dated 22 October 1914, and supposedly signed by Arrieta and Juan B. Fuentes, has appeared. This is a companion to the ten peso voucher[image needed] that was already listed in catalogues. 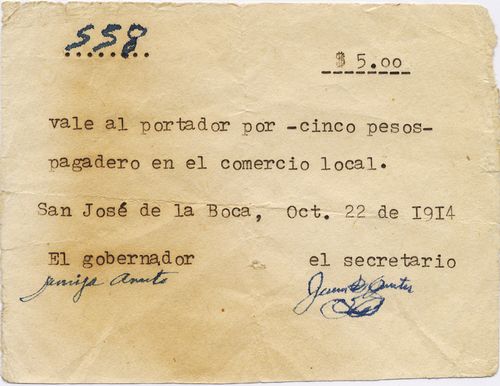 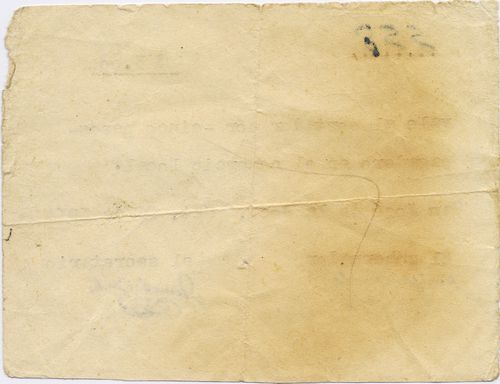 These were a local issue and not acknowleged by Arrieta in his later listing.

All are very primitive, with simple typefaces, handwritten numbers and a ‘Gobierno Constitucionalista’ validating seal on a blank back. They carry the names of Arrieta, as governor, and Juan B. Fuentes, as secretary. Some values have the letter ‘S. B.’ , ‘S.C.” or ‘S.D.’ which suggests at least four S[eries] ( -, B, C, D). Possible reasons for these makeshift issues are a failure of the Guadalajara firm to deliver, and the primitive resources some of Arrieta’s supporters found at their disposal. 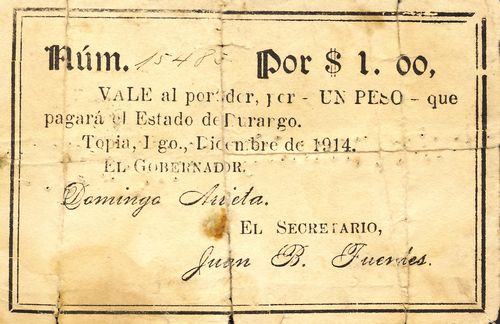 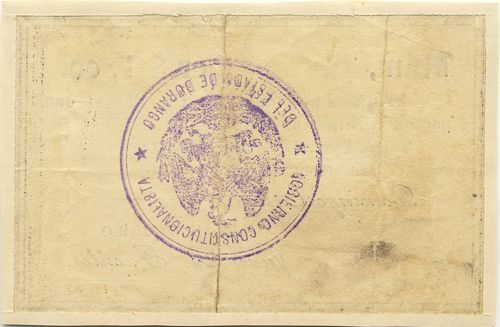 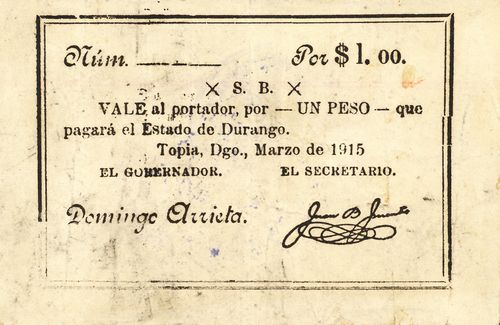 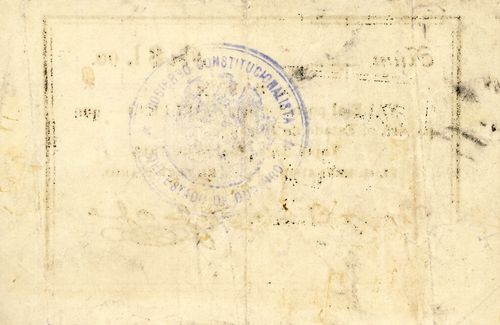 Some notes are dated December 1914. 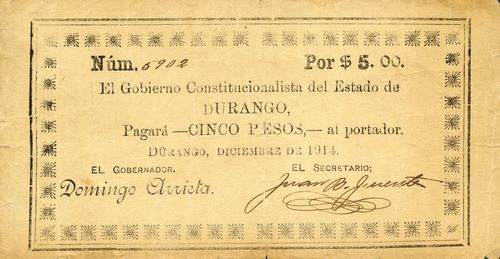 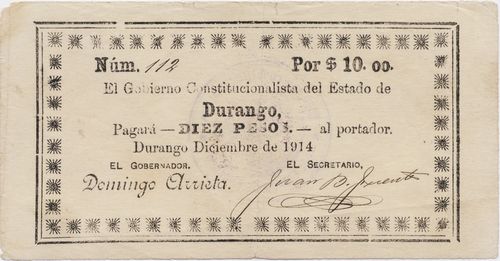 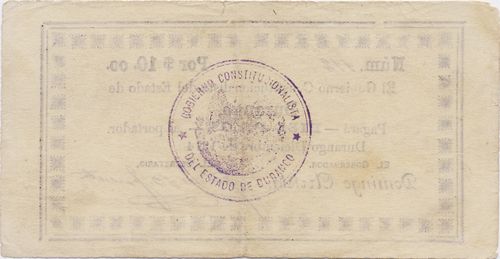 In a later telegram to CarranzaCEHM, Fondo XXI-4, telegram Arrieta to Carranza 13 January 1916 Arrieta acknowledged that he had issued the following amounts. These might be just the Durango notes or might include the Topia notes (above). 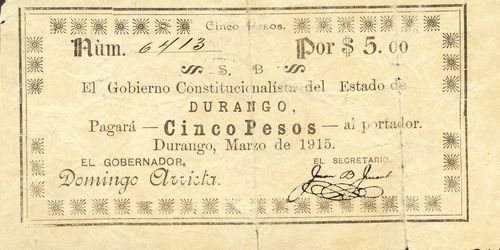 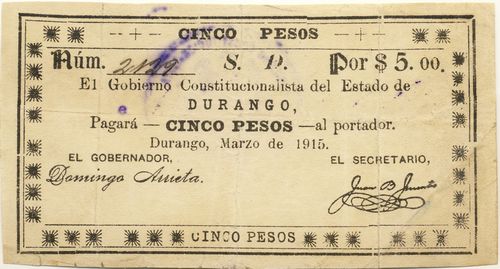 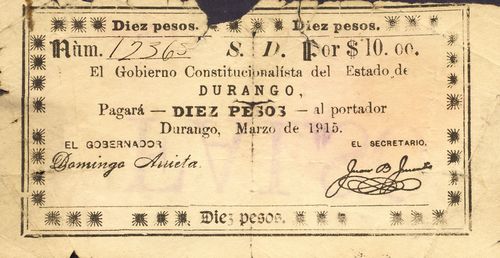 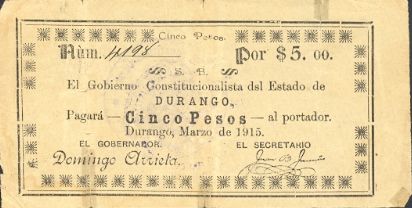 Known numbers suggest that at least the $10 Series SD total is incorrect.

So, to summarise the Durango issues: