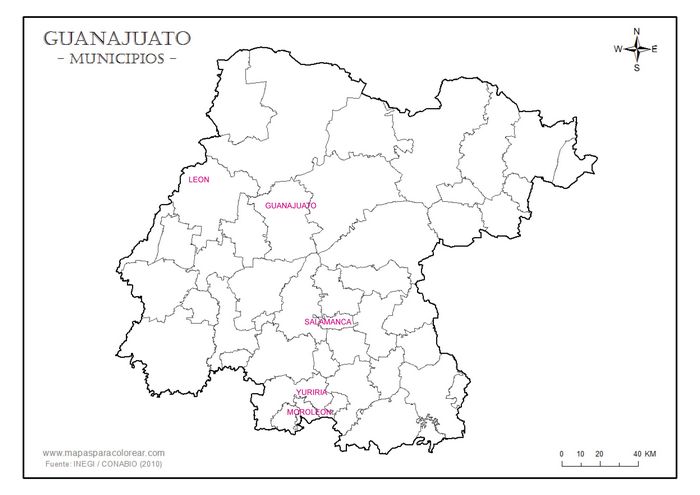 On 1 July 1915 the Presidencia Municipal of Guanajuato informed the public that since the Villista troops, when they occupied the city on 6 – 12 June, had made off with the $$6,000 that had guaranteed the Tesorería Municpal issue, they were worthless and the Treasury was relieved of any duty to honour themCrispín Espinosa, Efemérides Guanajuatenses, 1917. The next day it announced that the Chamber of Commerce, which had only been established on 14 May, having deposited a sum in the Treasury, was going to issue 5c, 10c, 25c and 50c notes, to a total value of $18,600Crispín Espinosa, Efemérides Guanajuatenses, 1917. 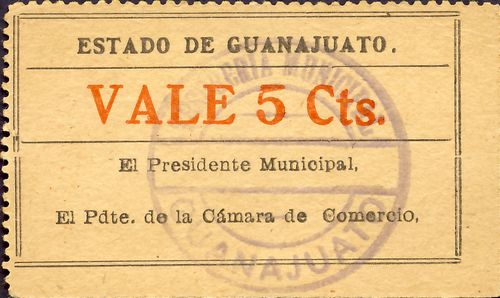 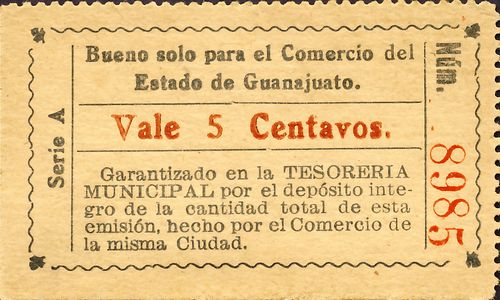 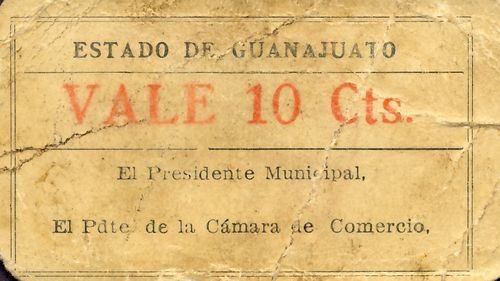 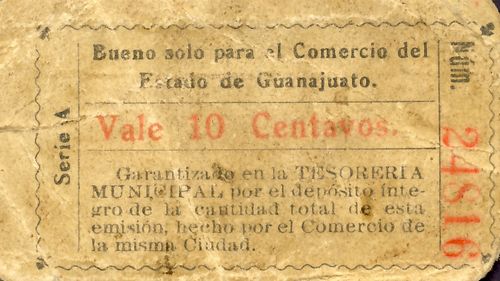 These entered circulation on 5 July and were readily accepted by the general public. Businesses themselves, however, imposed restrictions, much to the public’s annoyance.

On 9 July the Carrancistas arrived and put up notices that the Michoacán and Obregon notes, which they had in abundance, were of forced circulation.

On 14 August, according to EspinosaCrispín Espinosa, Efemérides Guanajuatenses, 1917, the Chamber of Commerce put up a notice about 1c notes (fichas por valor de un centavo) but it is not known to what this referred.

It was some time before the need for small change was satisfied by the victorious Carranza’s national issues. However, on 30 March 1916 the Guanajuato newspaper El Heraldo reported that the Administración General de Rentas had begun to exchange the Chamber of Commerce notes (los bonos emitidos por el Comercio), giving people ten days to hand them inEl Heraldo, Guanajuato, Año I, Núm. 40, 30 March 1916 and on 1 April the collector of taxes in León warned the public that his office had been ordered to exchange these notes of the Chamber of Commerce in Guanajuato and gave holders ten days in which to present themLas Noticias, León, Tomo I, Núm. 34, 1 April 1916.

At the beginning of February it was reported that the Cámara Nacional de Comercio in León had issued bonos o cheques al portador for 50c, $1 and $2, to address the shortage of change. Since they were accepted in the branches of the Banco Nacional de México and the Banco de San Luis Potosí, these were probably cheques drawn on these two banksEl Imparcial, 1 February 1914; ¡Patria Libre!, Tomo II, Núm. 17, 10 February 1914.

However, on 6 March The Mexican Herald reported that the arrival of a supply of $1 and $2 notes by the banks trading in León has caused the Chamber of Commerce to cancel its proposed issue of $12,000 in valesThe Mexican Herald, 6 March 1914.

Three other municipalities had issues from local business associations. 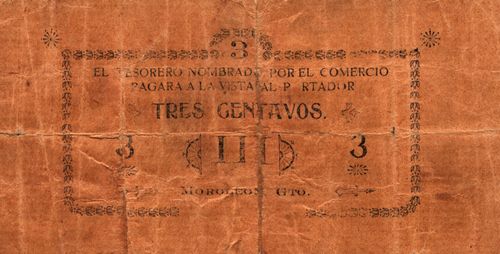 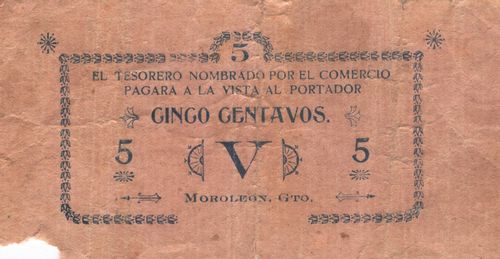 A series of at least three values (3c, 5c and 10c) issued in the name of the treasurer nombrated by business  (El Tesorero nombrado por el comercio). 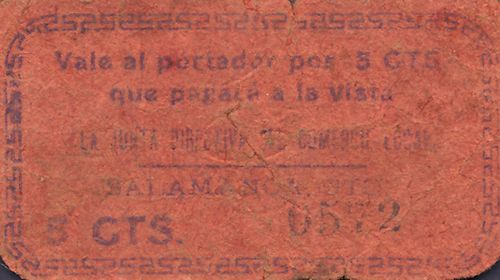 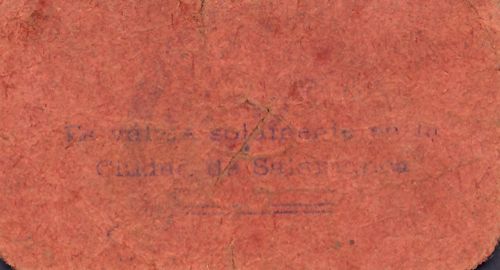 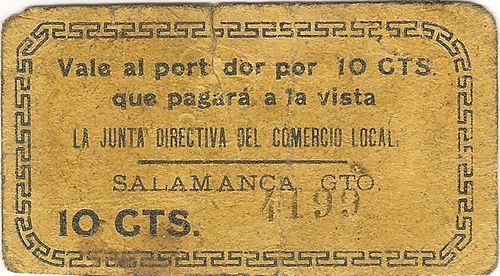 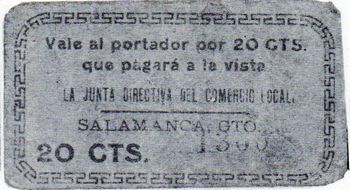 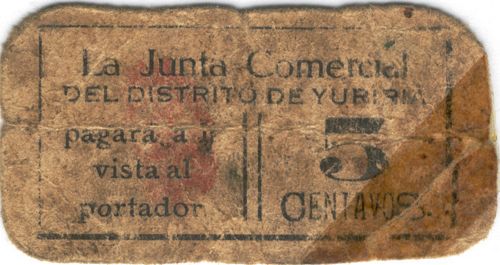 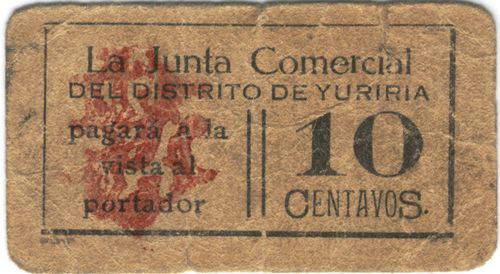 The reverse of the 5c cartón bears the date 22 August 1915 and a red seal with "EL AMBAR, PEDRO ZAVALA", the name presumably of one of the businesses that organised this issue. A Pedro A. Zavala was responsible for an issue in Tala, Jalisco, though that is 320 kilometres away.