The Guanajuato Development Company was an American Corporation, formed in the state of New Jersey in 1908 for the purpose of acquiring properties in the Guanajuato mining district, developing them sufficiently to prove their value, and, subsequently, offering them for purchase to other companies or organizing subsidiary companies upon them with sufficient capital to work them thoroughly. These properties were taken up on lease with an option to purchase the same outright, which afforded an opportunity for the subsidiary company to prove the value of any property before actually taking it over.

The company issued notes in accordance with an authorization of 8 August 1914. Espinoza mentions 5c,10c, 25c, 50c, $1, $2, $5 and $10 denominationsCrispín Espinosa, Ephemerides Guanajuatenses. He also said that they entered circulation on 7 August. 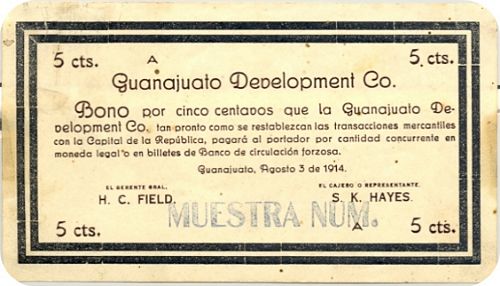 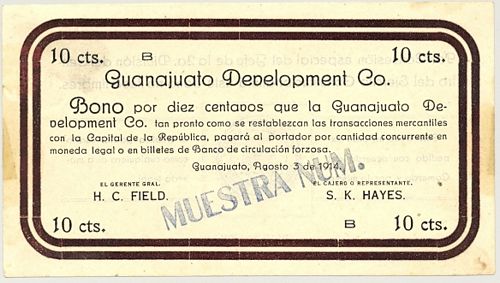 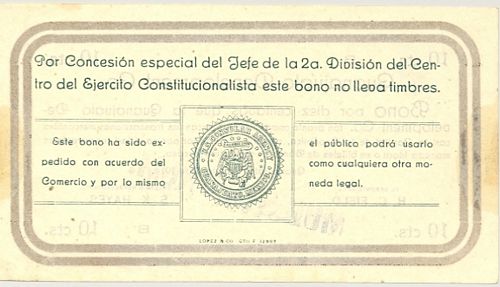 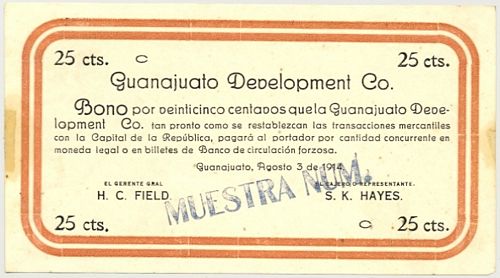 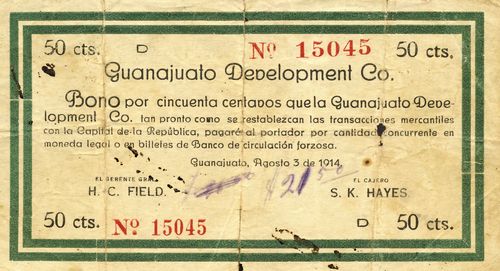 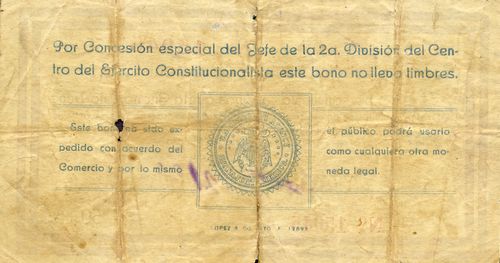 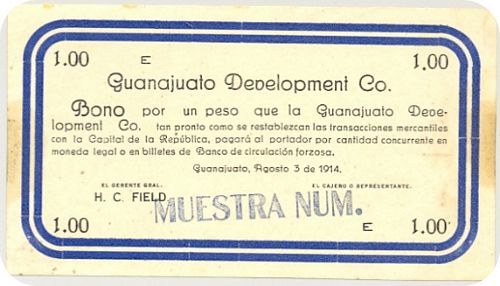 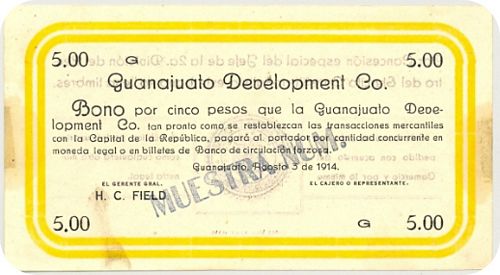 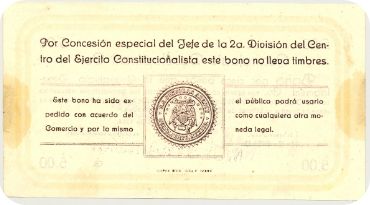 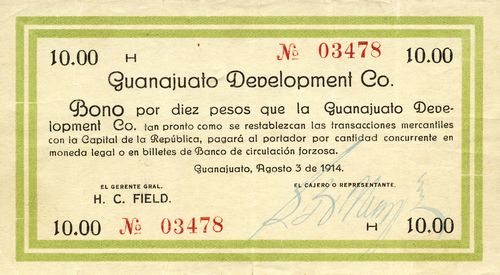 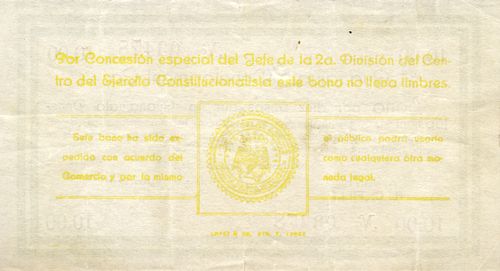 The notes are dated 3 August but were put into circulation on 7 AugustCrispín Espinosa, Efemérides Guanajuatenses.

By 1 November some public offices and shops had begun to refuse the notes. The local newspaper, El Observador, said that it realized that they were not of forced circulation, but they had been issued with the approval of businesses and the public and did state that the companies would redeem them with legal tender as soon as business communications were restored with the capital of the Republic. The paper was aware of poor people who had not been able to buy necessities, and speculators who were buying the notes at less than face value. It called upon the authorities to actEl Observador, Guanajuato, Año XI, Núm. 895, 1 November 1914.