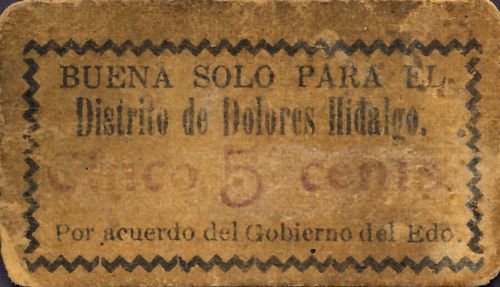 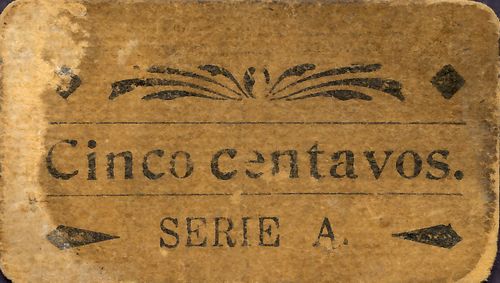 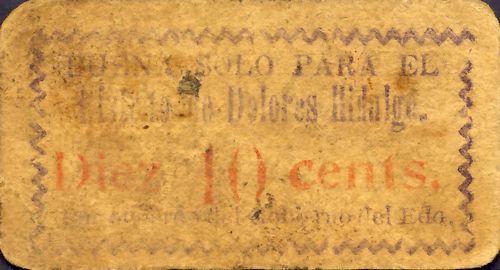 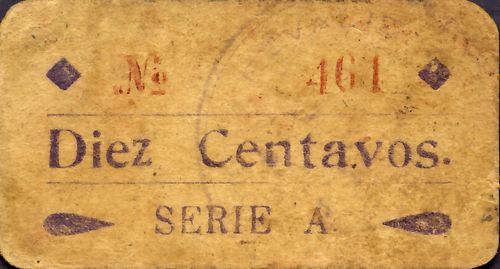 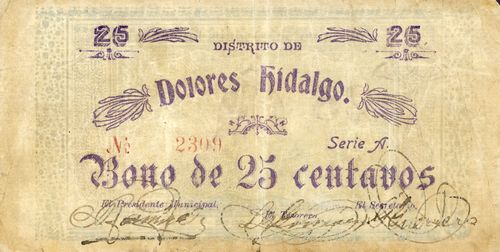 Dick Long in his November 1974 auction also offered a different 5c note[image needed] which he described as "Entirely different design but same legends on obverse, violet, black on white, 30x51mm".

The 25c signed by the Presidente Municipal, Tesorero and Secretario.

Another series (25c) which might not have been used. 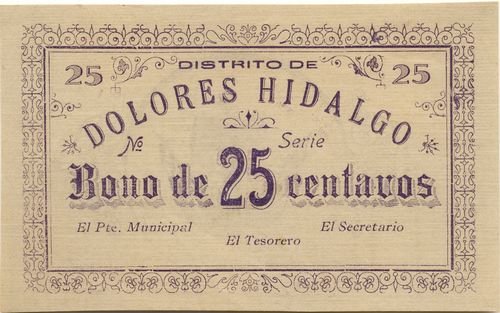 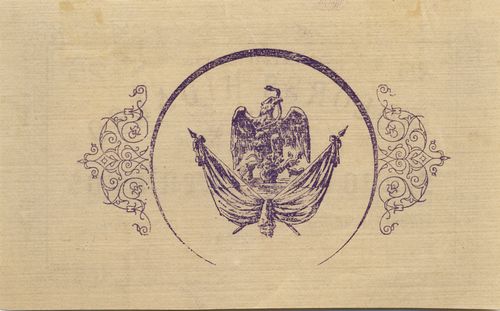 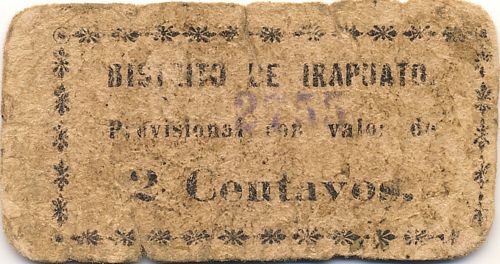 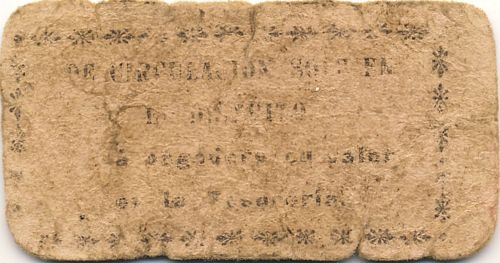 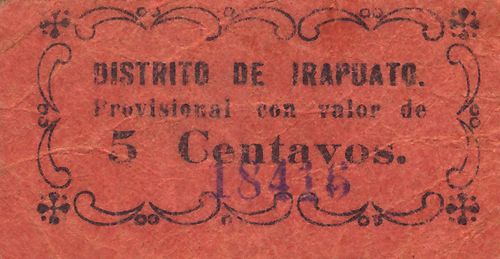 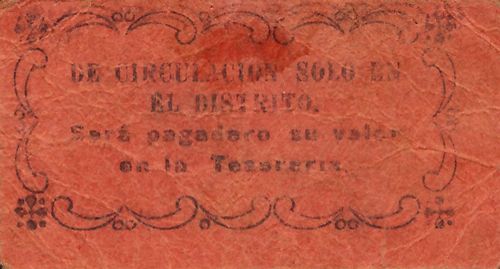 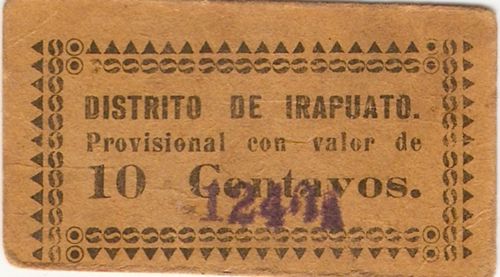 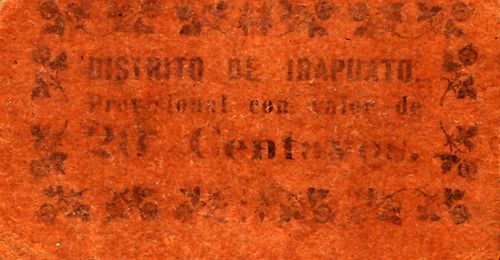 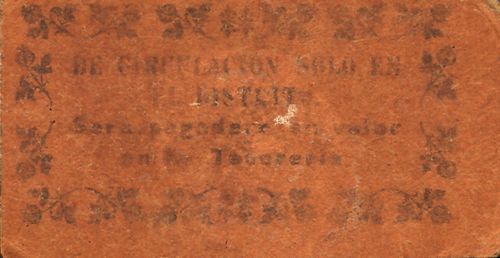