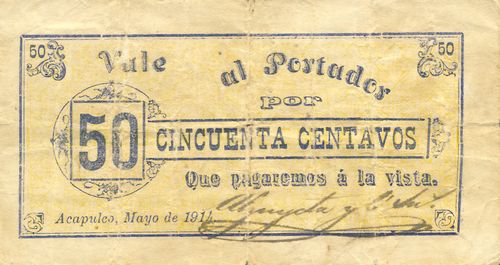 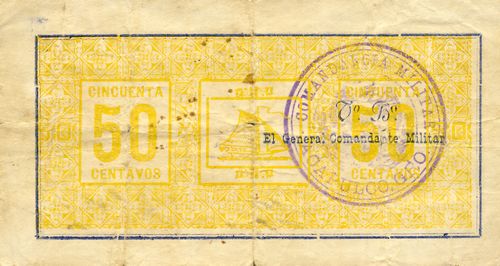 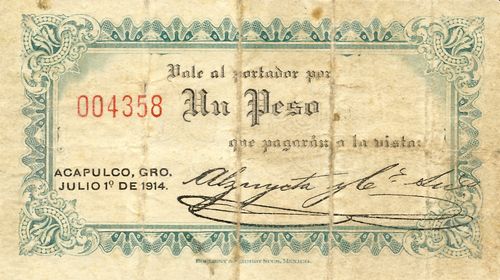 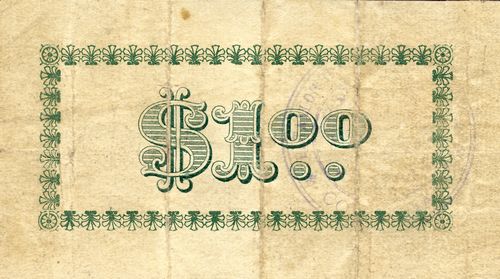 These two notes have been approved by the military authorities - the 50c is dated May 1914 and  has the stamp of the (Huertista) COMANDANCIA MILITAR – ACAPULCO, GRO. and visto bueno of the General Comandante Militar whilst the $1 is dated 1 July 1914 and has a stamp of ‘BATTALON IRREGULAR‘ which appears to be the same as the note listed below. However, they have more of a commercial than a military provenance, as the signature is of Alzuyeta y Cia., Sucs. 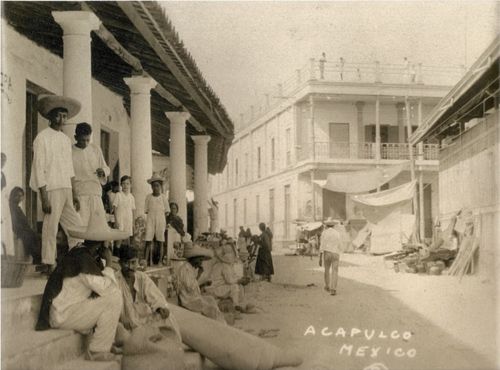 Alzuyeta y Cia. was one of the foremost commercial concerns in Acapulco, and, among other businesses, operated as bankers and commission agents.

The $1 was printed by Bouligny & Schmidt, in Mexico City.

In the face of uprisings in Guerrero the Huertistas soon only held three towns – Chilpancingo, Iguala and Acapulco. Chilpancingo was abandoned on 24 March 1914 and this led soon after to the capture of Iguala by Helidoro Castillo, Jesús. H. Salgado and Encarnación Díaz on 1 April, and that of Acapulco by Julián Blanco on 8 July.

So the 50c note was approved by the Huertista authorities, but Blanco might have be happy with, or even approved of, these notes continuing circulating. Otherwise, they must have had a very short life. 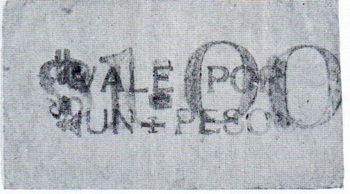 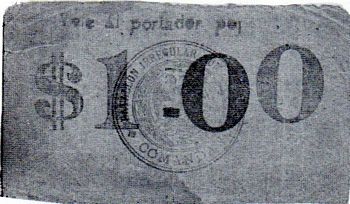