I am sure the workers on her estate appreciated this..

Their children included Juan, Enrique, Pedro, Carlos, and eight others. Enrique L. Corcuera Palomar was born on 22 March 1877 in Guadalajara and died on 19 December 1957 in Mexico City.

Whilst the family retained houses in Guadalajara they owned various haciendas in Cocula. 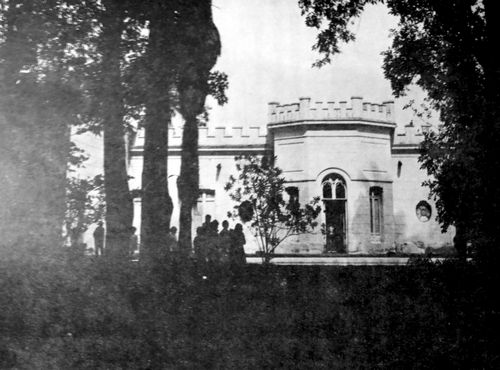 The Hacienda de Estipac, owned by the brothers Francisco(?) and Enrique Corcuera, was a sugar cane plantation and a “fatal hacienda” for those who lived there during the Porfiriato, according to people who lived there, The hacienda was large in extent, and surrounded by high adobe and rock walls. It was divided into two patios (yards): one where the peones lived in their straw huts, and from where no one could go outside after 8:00 p.m. It was forbidden to trespass into the patio where the main buildings were. There was a torreón (watch tower) where guards were stationed in order to watch the peones. Any peon caught trying to escape was shot to death. Only the servants were allowed to go to the main buildings through a door located by the church. The hacendados did not permit strangers on their premises and the foremen (capataces) took care that the peones did their work.

The first issue were uniface cartones made by Juan Kaiser on 13 February 1914 of Royal Index Bristol pressboard. Delgado states that they were similiar in design to the second issue, produced by Iguíniz.

The next issue was produced by the printing house of Iguíniz, and so Delgado did not have any production details. These were oblong, measuring c. 61 x 32 mm. with rounded corners. 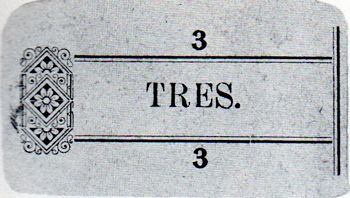 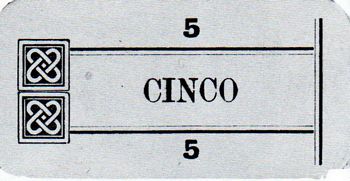 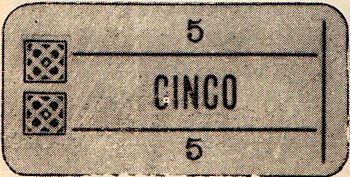 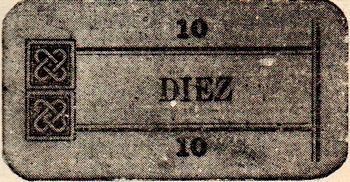 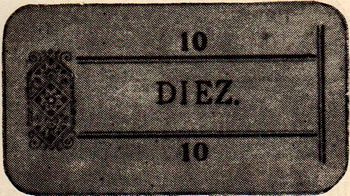 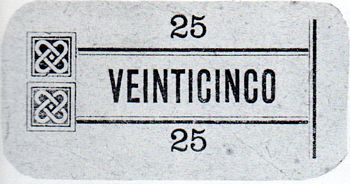 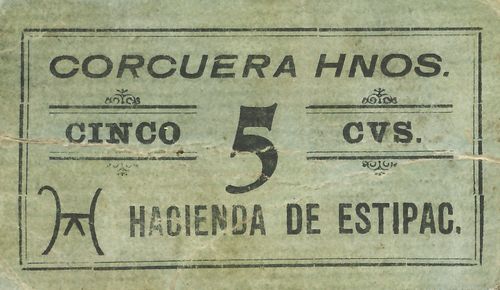 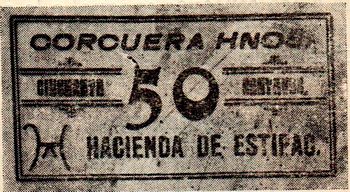 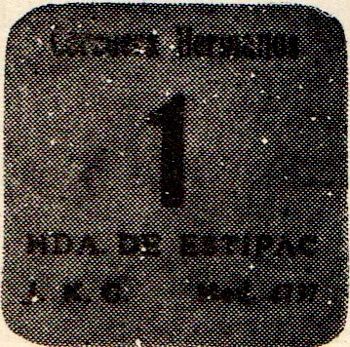 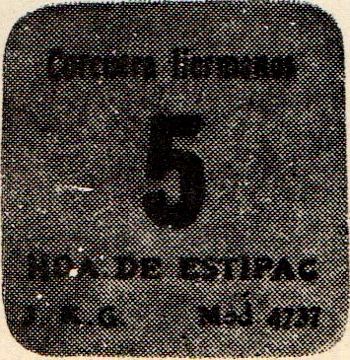 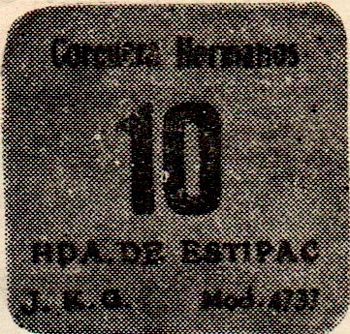 In late 1915 or in 1916 the hacienda produced 25c, 50c and $1 notes payable in infalsificables. Note that by this time the company is given as Corcuera Hermanos Sucesores. 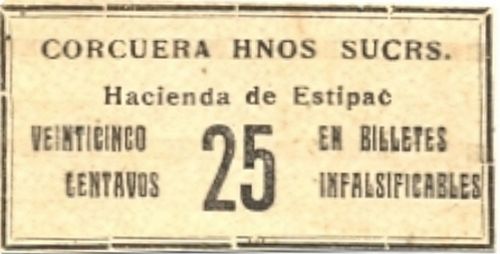 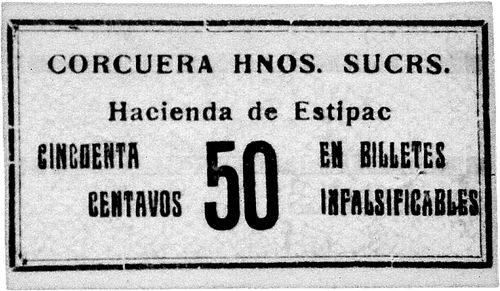 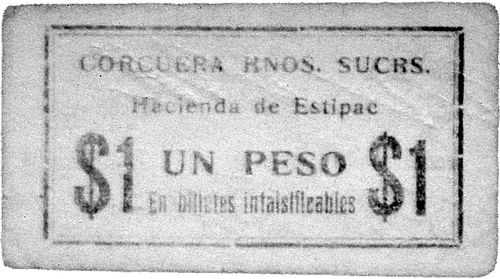 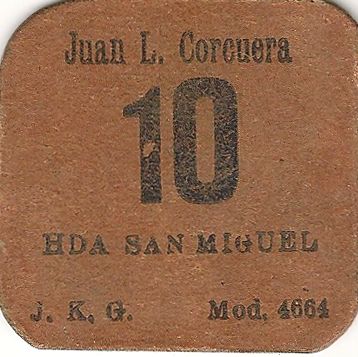 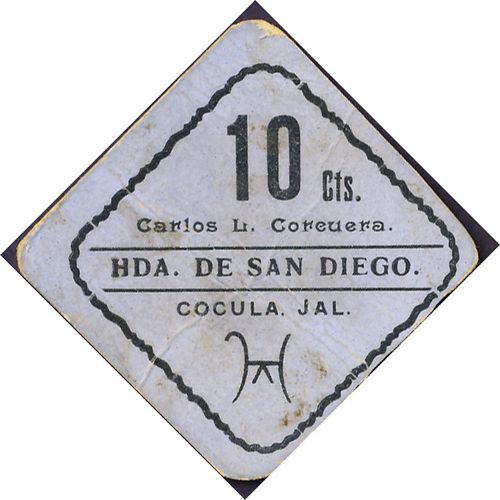 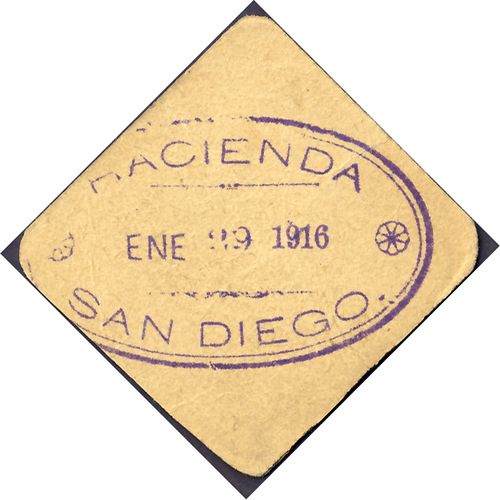 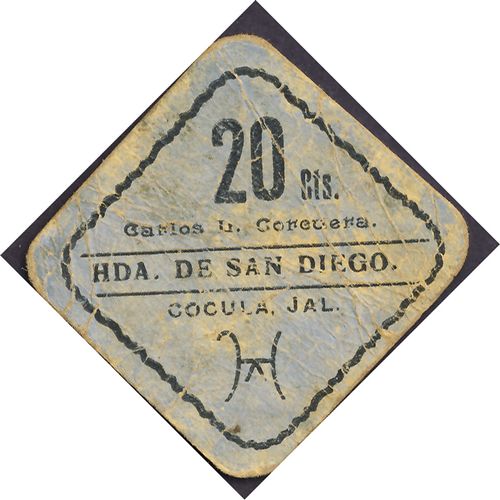 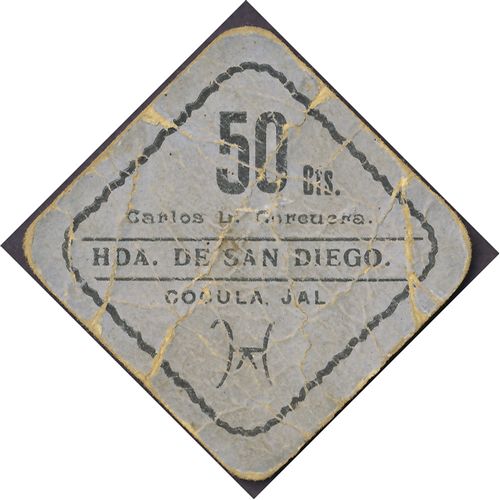 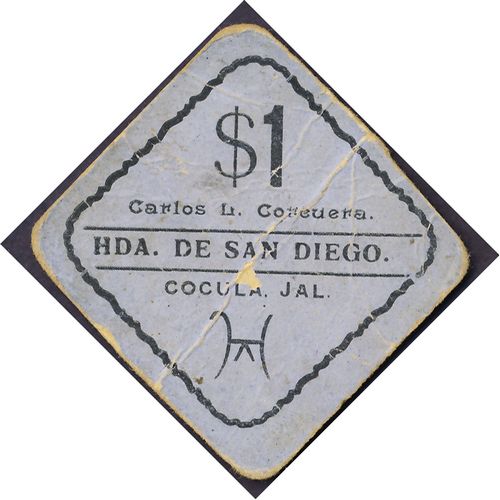 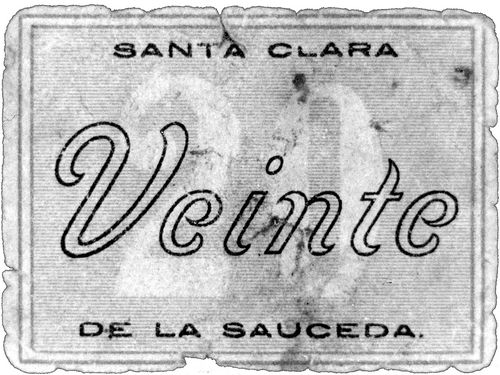 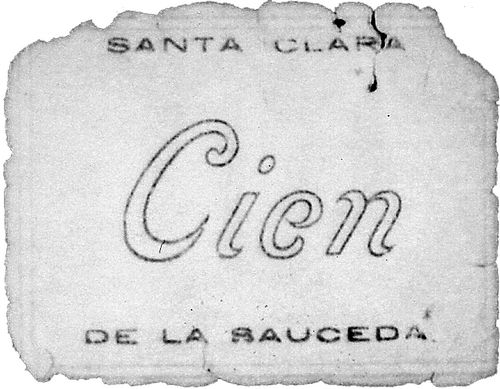 La Sauceda was one of the most prosperous haciendas in the region. In 1905 it belonged to the Palomar family and was administered by Juan Villaseñor.