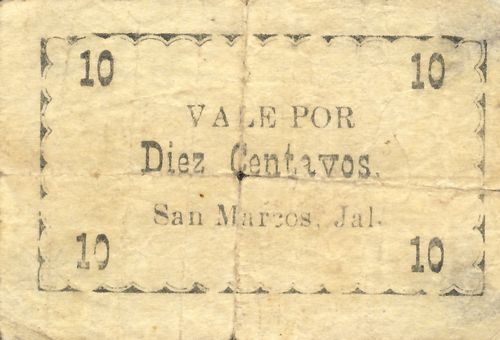 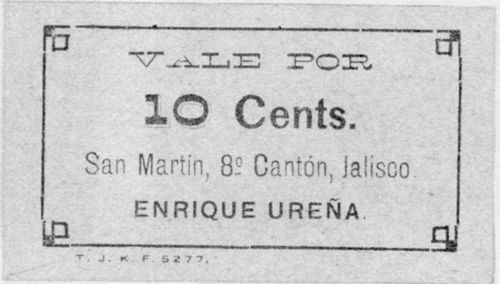 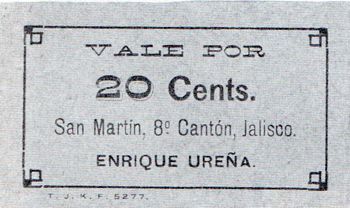 He produced a further issue on 9 December 1915.

Catalogues list a 6c note[image needed] fron this streetcar company. However, it is questionable whether such tickets were used as change and it is also likely that the '6' refers to the number in a strip of tickets rather that the value. 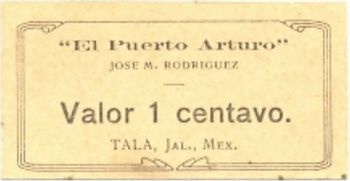 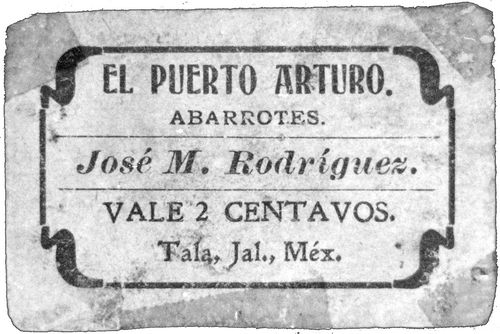 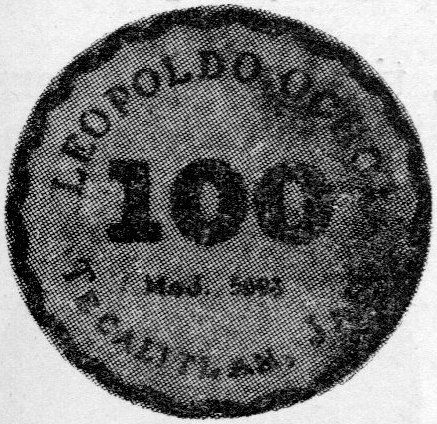 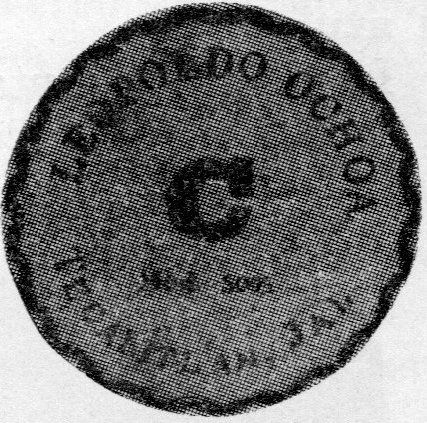 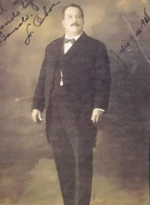 Leopoldo Ochoa Rodriguez was born in 1874. He was owner of the “La Guadalupe” mill (ingenio) on the edge of Tecalitlán. He began by making unrefined cane sugar (piloncillo) but, as a good visionary, he enlarged the sugar mill (trapiche) and began to make sugar in lumps (marqueta) and alcohol.

He was presidente municipal of Tecalitlán in 1901 and 1909 and everything was going well, but because of the revolution had to leave Tecalitlán, emigrating to Michoacán to work in a mill as a driver (tachero) and in charge of making sugar. 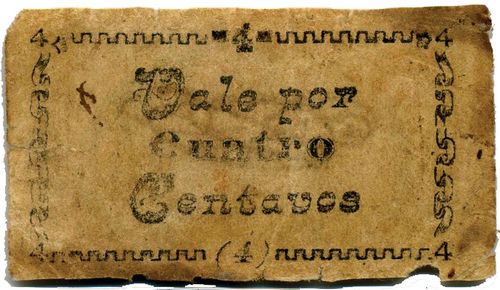 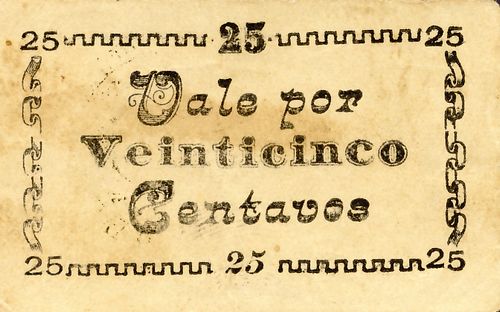 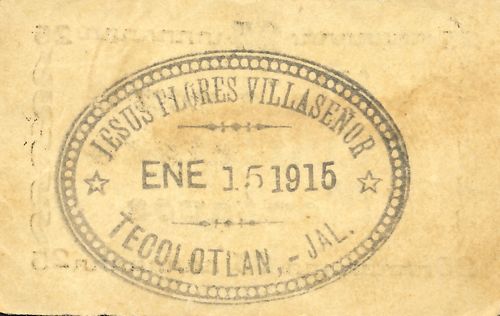 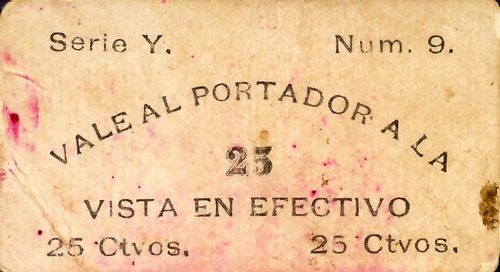 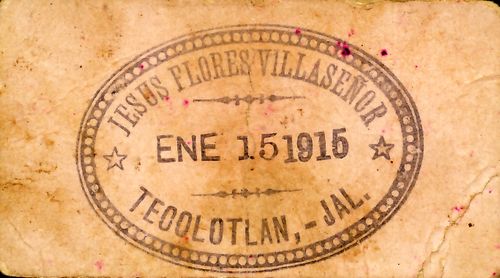 Jesús Flores Villaseñor was listed as running a general store (tienda mixta) in 1903Directorio general de la República Mexicana, 1903-1904. He was presidente municipal of Tecolotlán from 1925 to 1926. 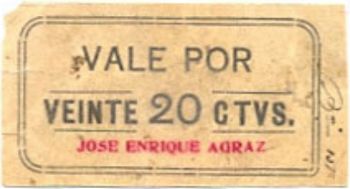 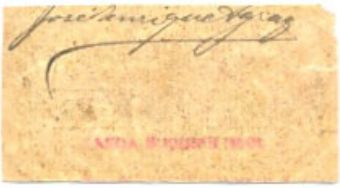 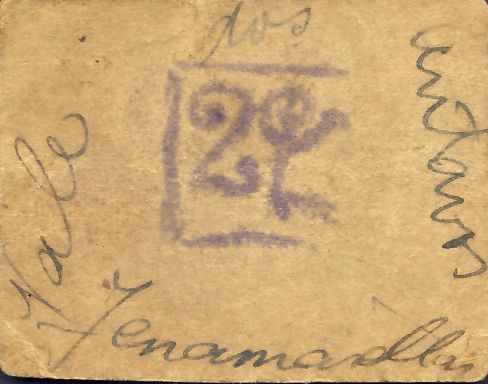 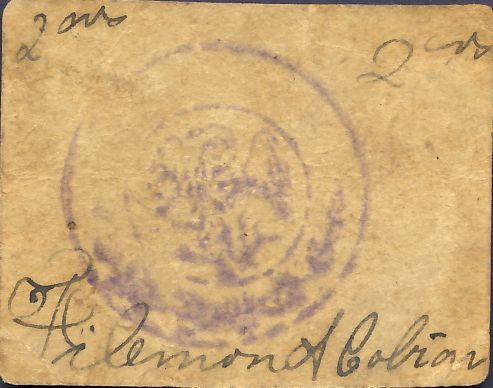 This was owned by José Wolf, who was listed in 1903 as owning a factory processing ixtle, a plant fibre used for cordage, nets, and carpetsDirectorio general de la República Mexicana, 1903-1904. 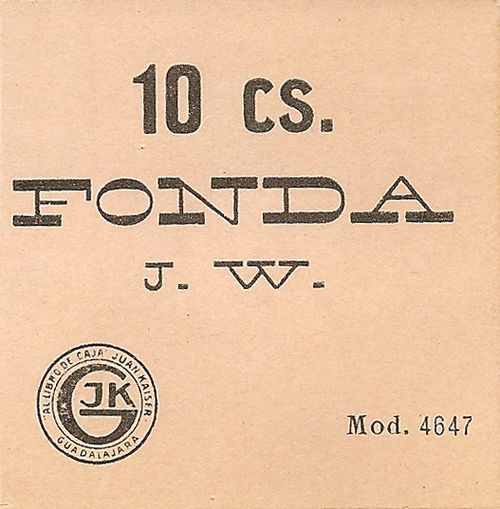 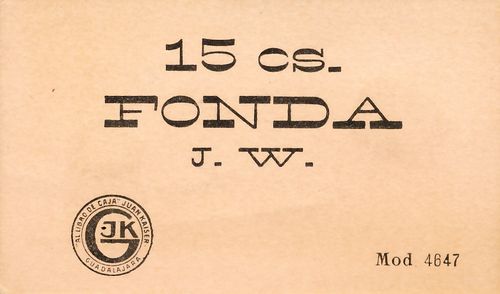 Chavéz Cisneros records that in 1917 (the Year of Famine) there was also a shortage of small change that was supplemented by fichas issued by businesses in the towns of Mazamitla, Tizapán, and QuitupanEsteban Chavéz Cisneros, Quitupán, Ensayo histórico y estadístico, Morelia, 1954, p. 152. 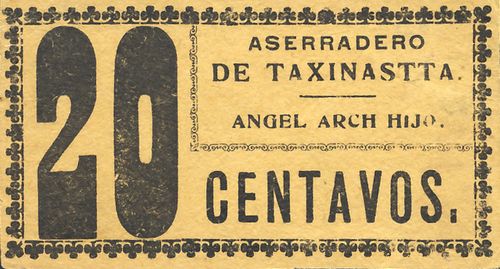 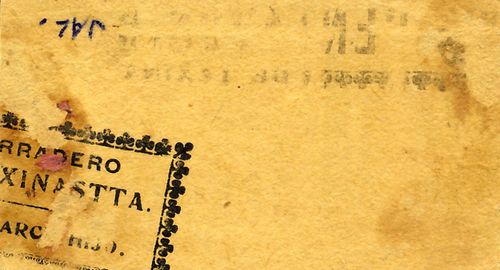 [if correct person] Major Percy H. Ramsden was born in London in 1858 and educated at Chigwell. He went to the United States and was connected with a number of prominent mines before moving to Mexico around 1879. After spending about 18 months in the mining district of Chihuahua, he moved to Guanajuato, and was regarded as one of the shrewdest and most reliable examiners of mining properties in Mexico. He surveyed every property which McElhiney and Bryant acquired either wholly or in part on their behalf. After several years connected to the Guanajuato Development Company in 1905 Ramsden was, with George Bryant, reprsenting the Peregrina Mining Company (The Mexican Herald, 12 August 1905) and an H. P. Ramsden was general manager of the Guanajuato River Mining Company (The Mexican Herald, 25 August 1905), in 1907 he resigned his position as superintendent of the Aparecida Mines company, to branch out on his ownThe Mexican Herald, 19 October 1907. He was still residing in Guanajuato and acquiring mining properties there in June 1913The Mexican Herald, 15 June 1913 and January 1914The Mexican Herald, 14 January 1914. 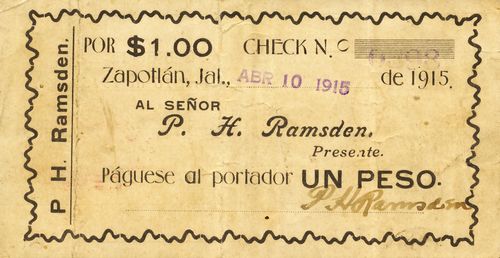 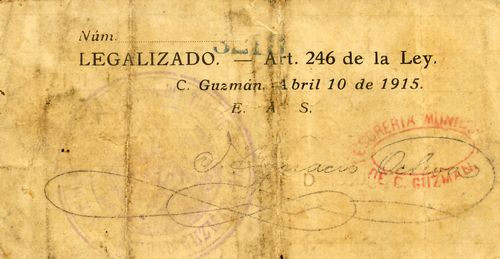