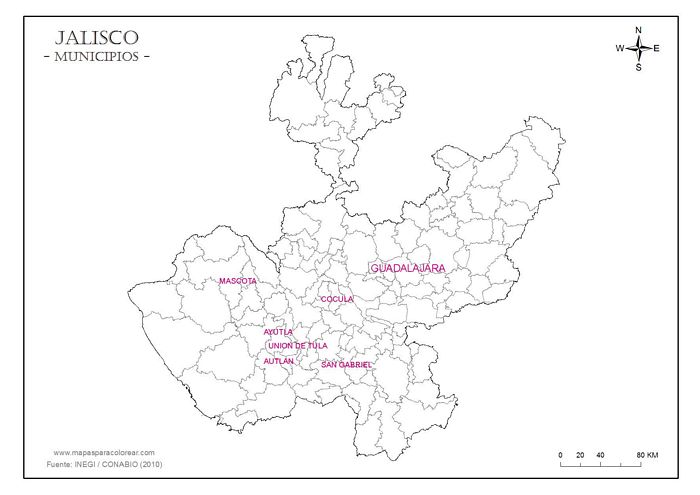 We know of instances of vales with a common design from at least three contiguous districts (Mascota, Talpa and Tomatlán) in the east of the state. All are for local circulation and were redeemable by the local Tesorería Municipal in quantities of five pesos.

This suggests that the authorities in each of these districts might have issue vales in at least four denominations (5c, 10c, 20c and 50c) between November 1914 and June 1915. 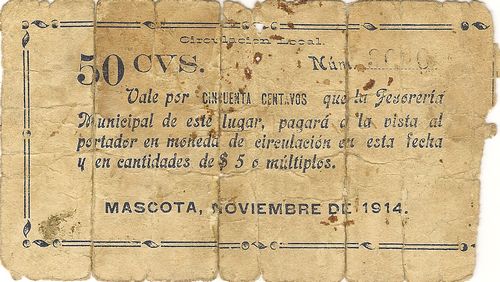 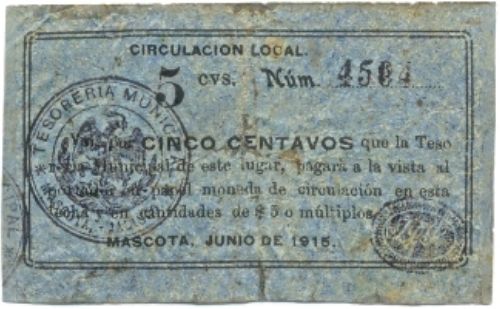 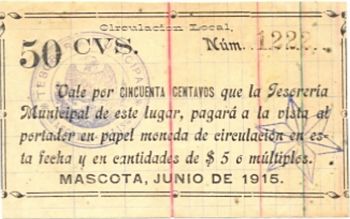 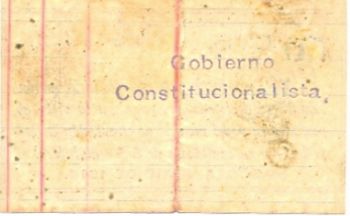 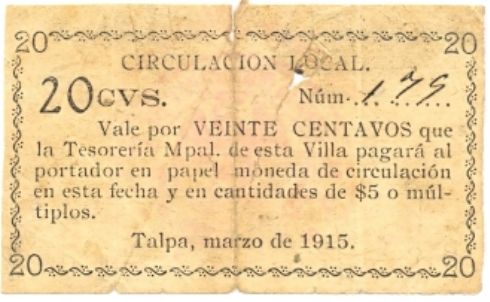 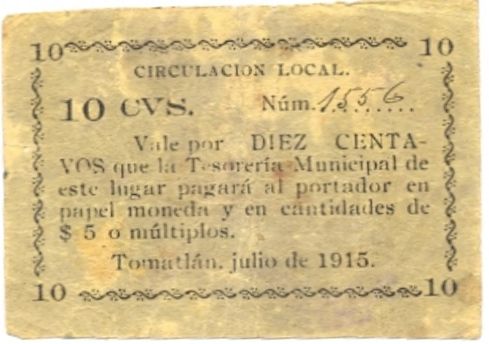 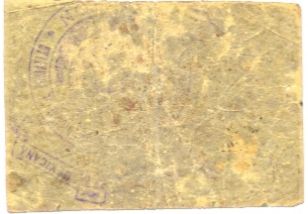 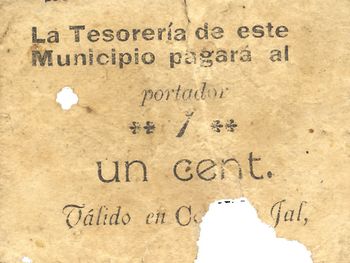 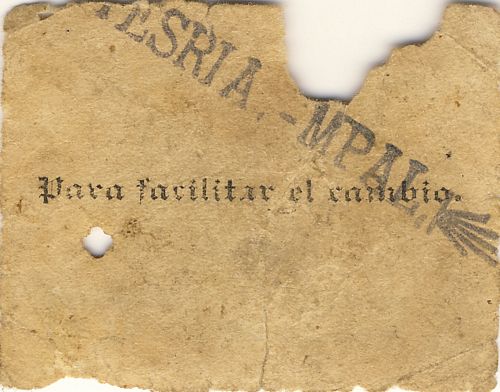 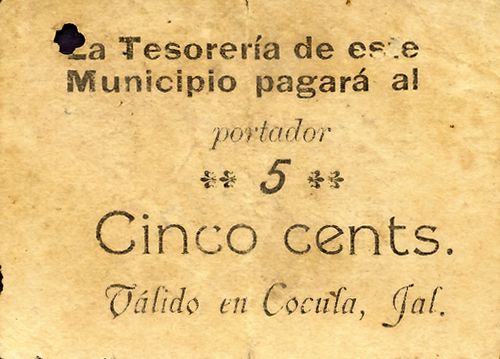 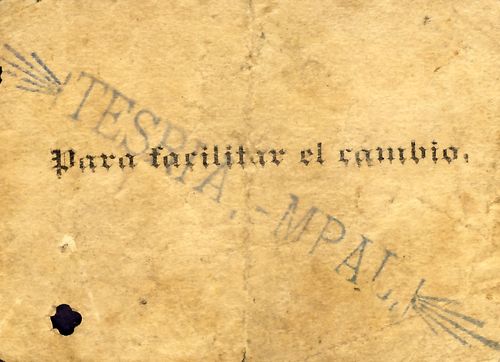 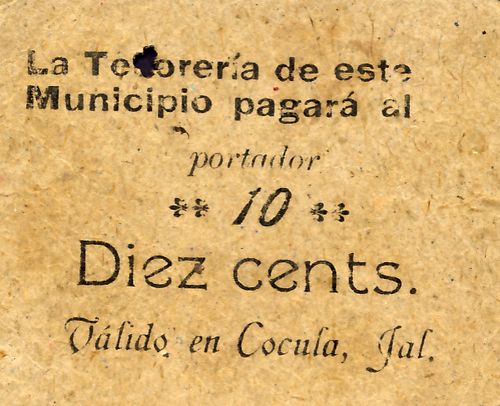 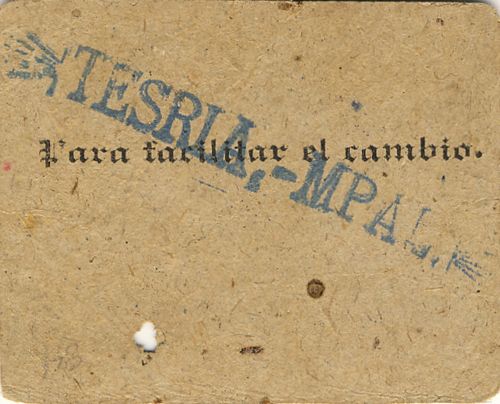 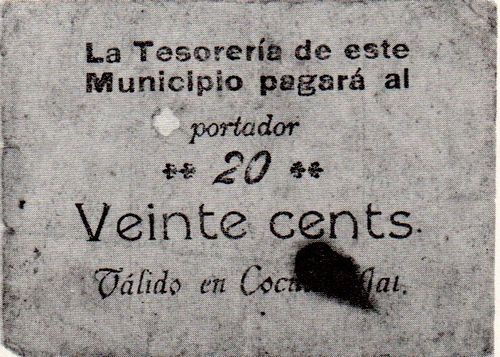 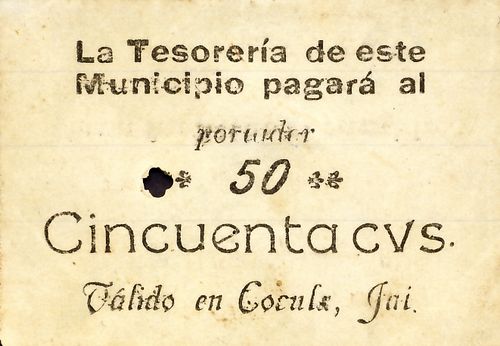 A series (1c, 5c, 20c, 10c and 50c) specifically stated to have been issued to facilitate change but with no indication of date.

The other municipal issues are denominated in billetes infalsificables. 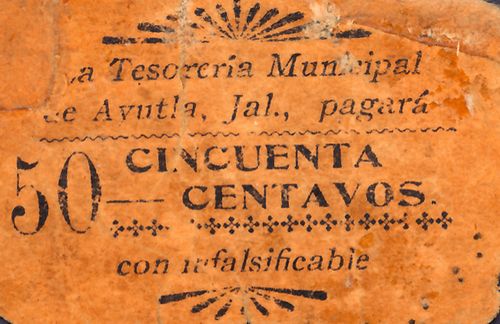 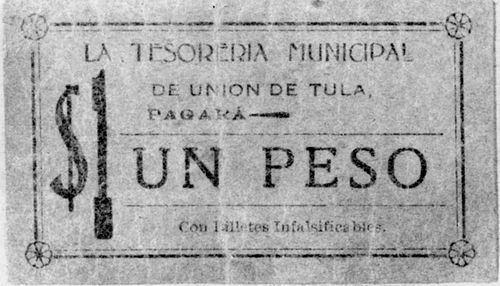 A $1 note, redeemable in billetes infalsificables, printed on pink pasteboard. 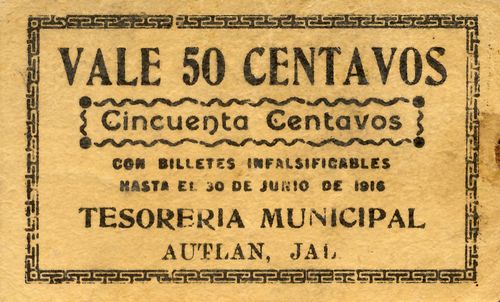 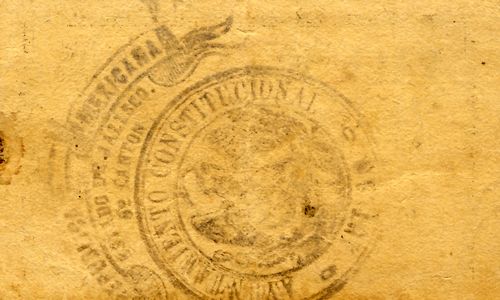 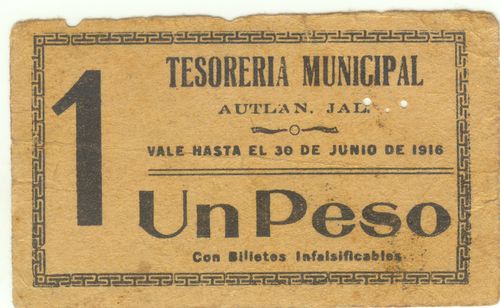 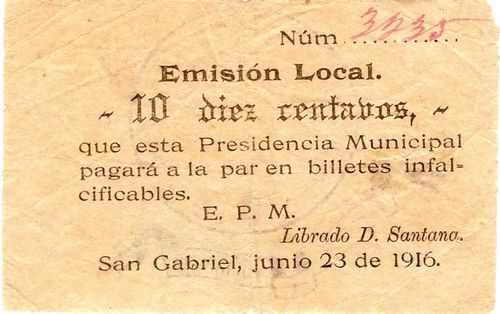 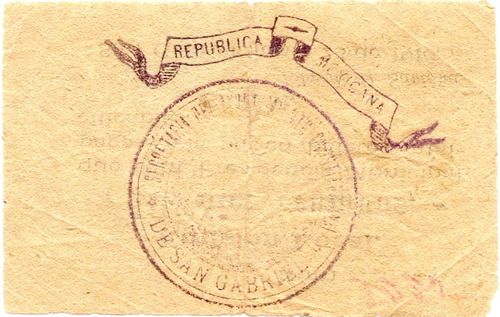 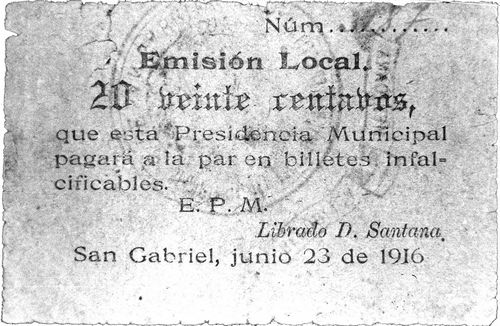 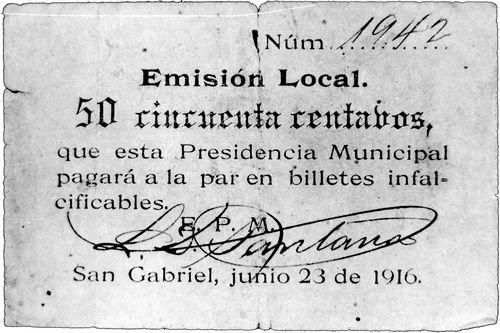