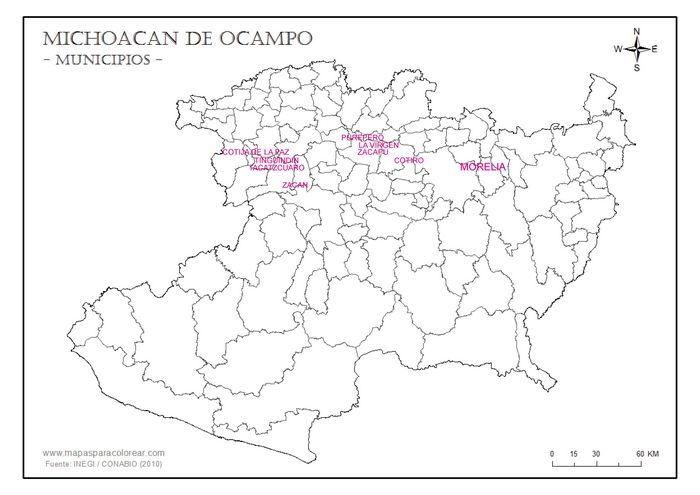 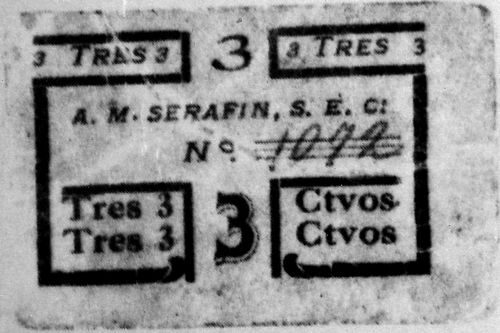 handsigned by Geronimo Gonzales and dated 20 January 19[  ] on the reverse.

Chavéz Cisneros records that in 1917 (the Year of Famine) there was also a shortage of small change, that was supplemented by fichas issued by businesses in the larger towns of Sahuayo, Jiquilpan and Cotija and the smaller town of San José de GracíaEsteban Chavéz Cisneros, Quitupán, Ensayo histórico y estadístico, Morelia, 1954, p. 152. 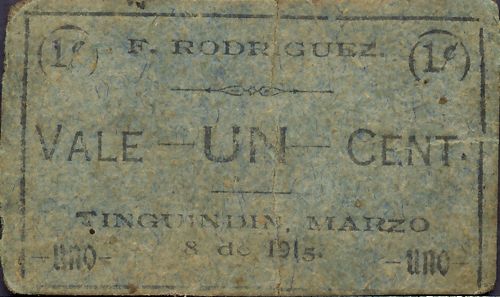 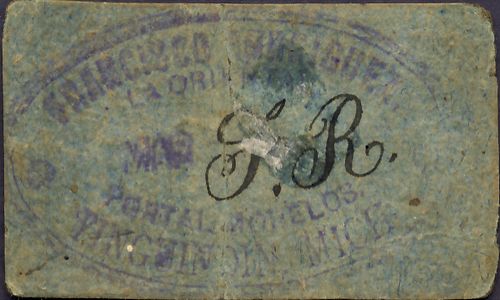 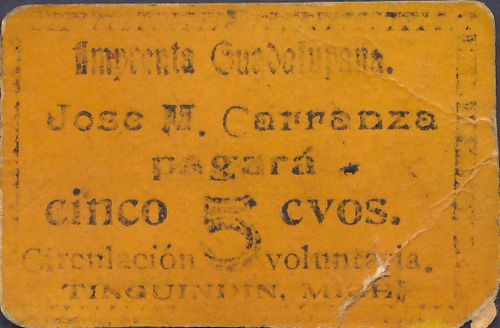 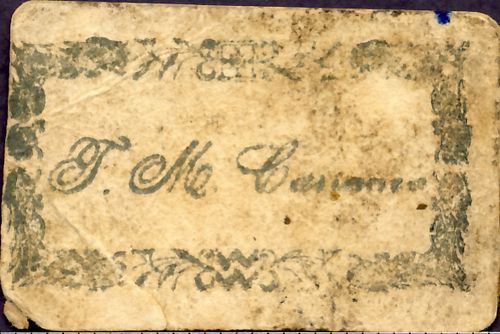 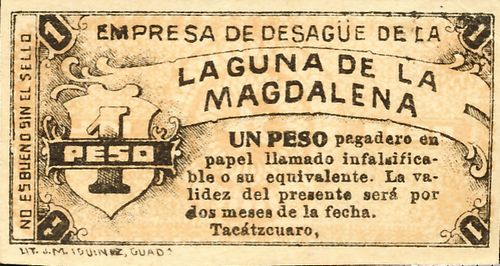 It was claimed in 1913 that when this company completed its work of drainage it would produce some 250,000 hectolitres of maize or garbanzo and a good quantity of beans. In July 1913 its workers complained that the owner, Emiliano Guizar Valencia, was only paying them when it pleased him, blaming the revolutionaries, although he had plenty of moneyEl Independiente, 8 July 1913.

This note from a later period, printed by M. Iguíniz in Guadalajara, was valid for two months and redeemable in infalsificables or their equivalence. Dick Long in his November 1974 auction list a uniface proof in red and a uniface proof in light green as well as the issued note. 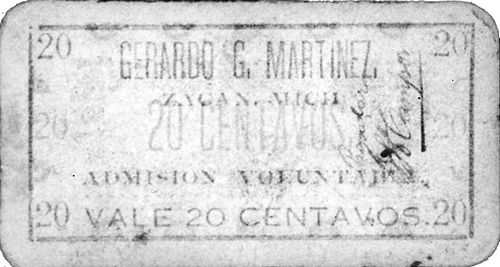 This 20c note, for Gerardo G. Martinez, was signed by the paymaster (pagador), [    ] Campos[identification needed].

We know of a series of notes issued by merchants in Purépero from Abril 1915 to February 1916 to counter a lack of small change.

David Fernández C., as this note states, was a comerciante. We know of a 20c note, dated 11 April 1915 and printed by the Tipografia Experiencia of Luis Grecián. 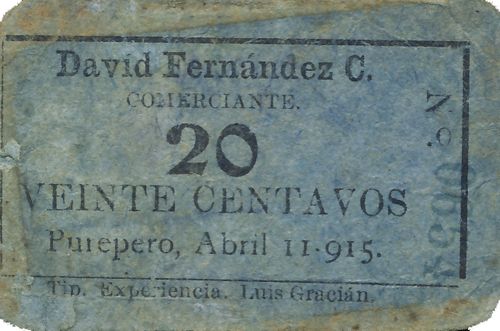 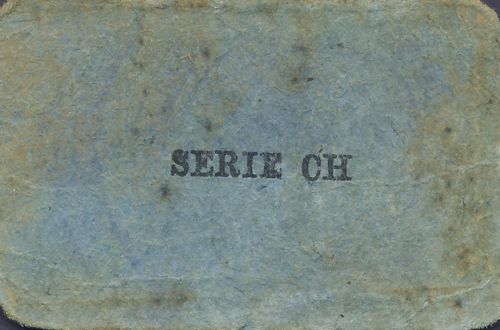 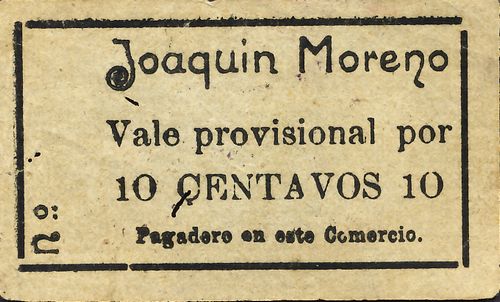 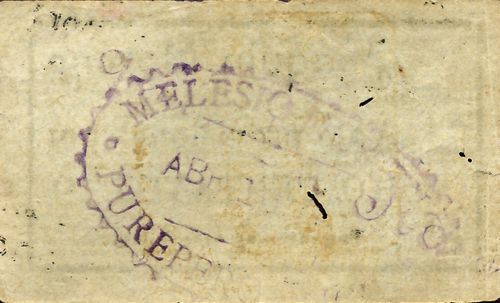 The date stamp is probably of Melesio Moreno. 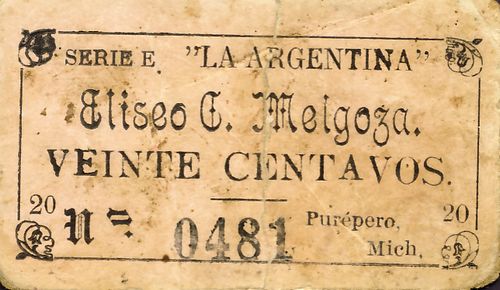 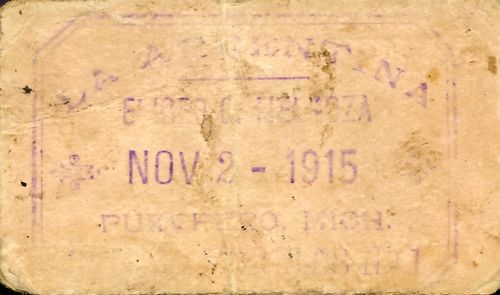 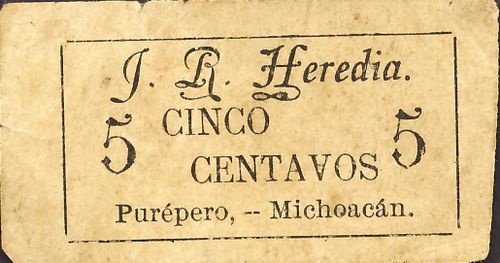 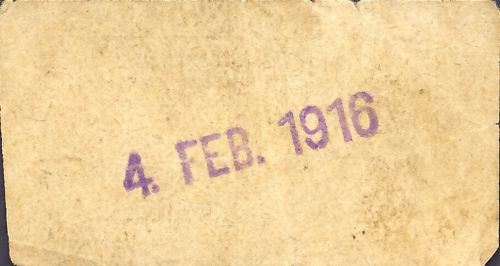 La Virgen is located in the municipality of Zacapú. 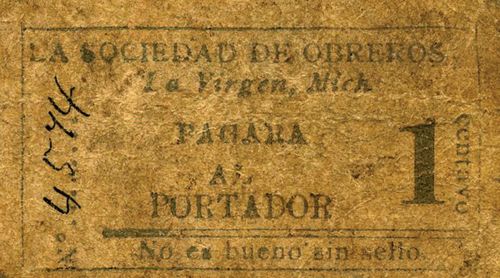 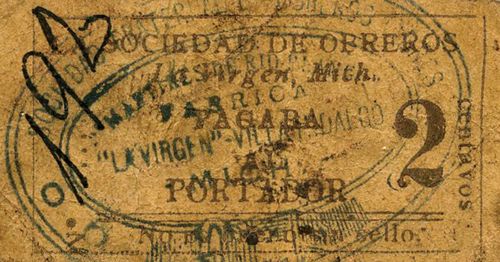 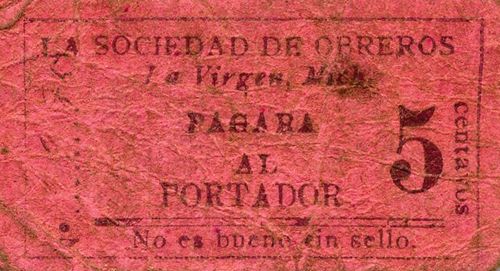 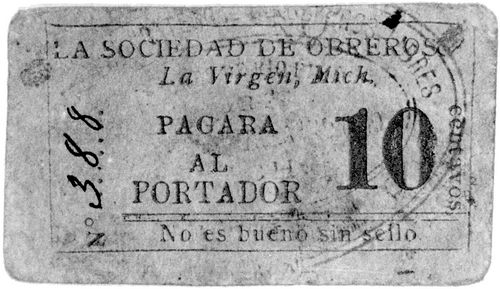 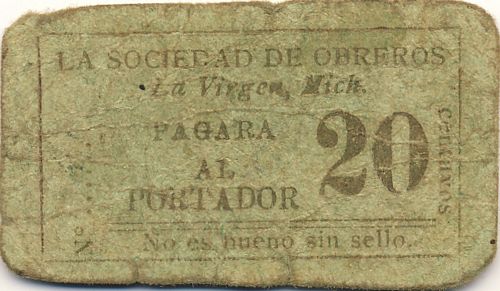 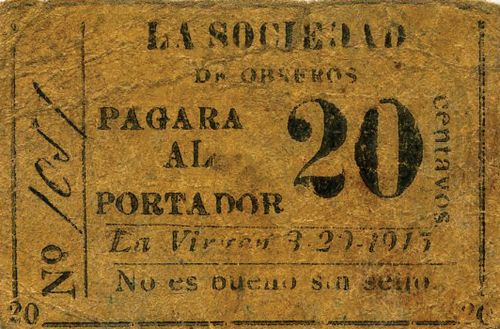 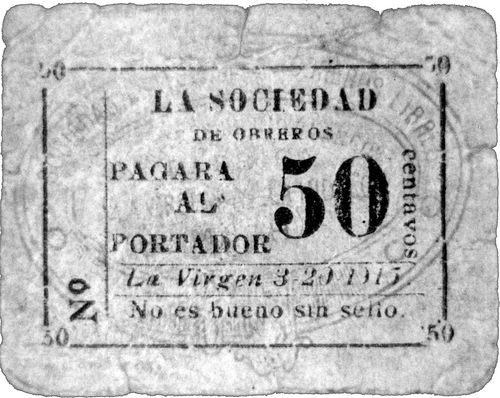 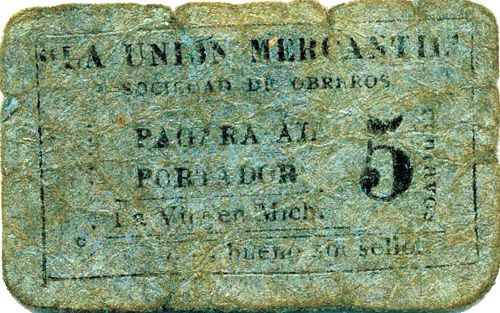 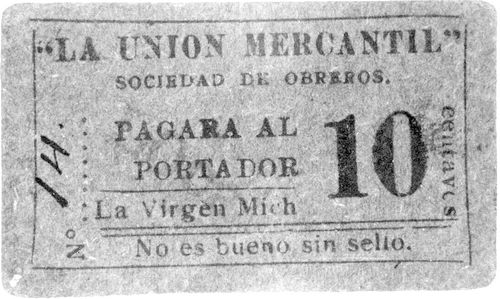 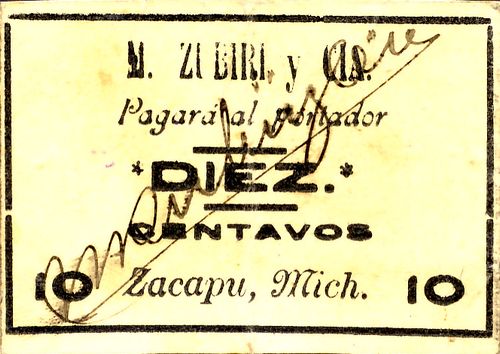 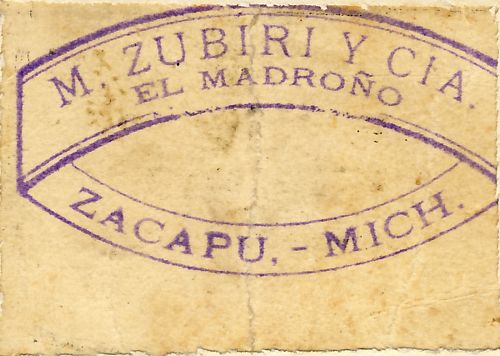 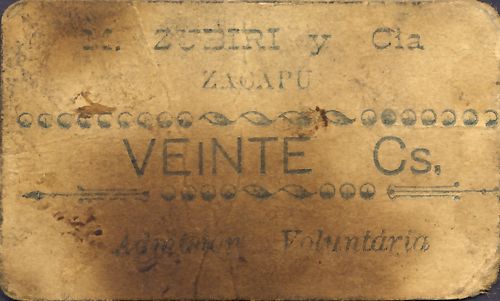