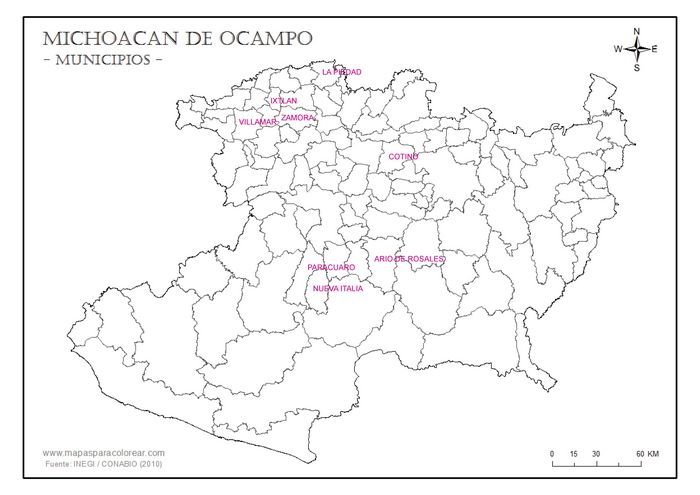 Pedernales and Chupio were two adjacent haciendas in Tacámbaro. In 1889 Tacámbaro was the leading area for the production of sugar and aguadiente in the whole of Michoacán. The most productive sugar plantations were Puruarán and Cahulote; the next was Pedernales and the third, Chupio, which was then owned by Teofila León de Ortizmost of this information is from Tayra Belinda González Orea Rodríguez, Estudio Económico de dos Haciendas del Centro de México durante el Movimiento Revolucionario de 1913-1919, UNAM, 20....

Pedernales was owned by Luis Bermejillo, the Marqués de Mohernando. In October 1913 Bermejillo was in Spain and gave Toribio Esquivel Obregón power to administer his haciendas. Unfortunately, at the end of the year Esquivel Obregón was forced to flee the country, handing power to José de la Macorra.

From October 1914 until September 1915 Pedernales was expropriated by the rebel government. José Acha, the administrador, and all the Spaniards were forced to flee and governor Gertrudis Sánchez appointed Luis Mazari as administrador and Manuel Hernández as interventor. With the triumph of the Carrancistas the hacienda was returned to Luis Bermejillo, who designated a new administrator, José Signo. Signo had to deal with the depredations of the rebel Inés Chávez García of the Tercera Brigada Michoacana of the Ejercito Reorganizador Nacional, who stole the sugar intended to pay the wages.

In November 1915, under the advice of José de la Macorra and Toribio Esquivel Obregón, Luis Bermejillo acquired the hacienda de Chupio, which fitted well with the neighbouring Pedernales. The vendor, the Compañía Agrícola de Chupio, at first asked for a million pesos in Carrancista currency, but de la Macorra managed to get this reduced to $850,000, to be paid in shares of the Compañía Minera de Peñoles.

Chupio was returned to its new owner on 29 February 1916. For this Bermejillo had to agree a contract with the Carrancista Maximiano García, by which he had to seld the whole of the sugar cane harvest to the Sociedad M. García for a sum payable in notes of the Banco Nacional, Banco de Londres y México or any of the banks recognised by the Constitutionalist government.

Because of the losses he had suffered in 1917 Bermejillo decided to change administradores and appointed Augusto Madriñan. On various occasions Madriñan was in contact with Inés Chávez García to avoid further robberies. Inés Chávez García demanded forced loans and that the hacienda did not export any of its produce, but Madriñan replied that he had no money and also tried to send some of his harvest to the warehouses in Tacámaro, for which Inés Chávez García threaten to come to the hacienda and shoot everyoneUIA, A.T.E.O. S.D, caja 47, exp. 10, fojas 00719-00720. Finally, Madriñan agreed, so for the first months of 1918 Pedernales was practically in the hands of rebels.

Luis Bermejillo returned to Mexico to discover what was happening with his haciendas. In July 1919 he rented the two haciendas of Pedernales and Chupio to the administrador, Augusto Madriñan, thus guaranteeing himself an income as long as the Revolution continuedUIA, A.T.E.O, S.D, cajas 48 and 49, exps. 1 and 9, fojas 00084 and 00255.

These rather late notes (known notes are dated 10 August 1919) promise to be redeemable with a cheque drawn on a Morelia bank. Identifiable signatures include H. García as Cajero de Pedernales and Augusto Madriñan as Administrador. There is also space for the Cajero de Chupio who will have signed the notes issued on his hacienda.

In September 1919 Madriñan sent an extensive memorandum to the governor, Colonel Pascual Ortiz Rubio, about the pitiful local defences. Madrinán reported that in the early hours of 3 September Villista parties sent by the commanders Gabriel Fernández and José Zapata arrived at Chupio and demanded fodder for their horses, food for the troops and cash. Having mistreated the employees of the hacienda in various ways, they withdrew a short time later to nearby Potreros. Then, at ten in the morning, the so-called General J. Guadalupe Flores, part of the troops of José Inés Chávez García, arrived. He followed the same course as his predecessors but since the money had been exhausted, it was not possible to give him what he demanded, which displeased him so much that he ordered several employees to be beaten, insulted others, but had to settle for taking only the good found in the tienda, in the absence of hard cash. Meanwhile, a man had left the hacienda for Tacámbaro and gave notice to the captain who commanded one of two outposts established on the outskirts of the town of the presence of the rebels. The captain replied that already knew but had no order to confront themEl Heraldo de México, 22 September 1919.

The sociedad Fernández y Castaño ran the sugar plantations, the haciendas Tepenahua and Ibérica until they were broken up in the agrarian reforms.

The hacienda de Tepehahua y Anexas produced notes of 5c, 10c[image needed], 20c, 50c[image needed], $1 and $2 for use in their tienda. These simple but colourful notes were printed locally by tipografia J. Buitron of Pátzcuaro. 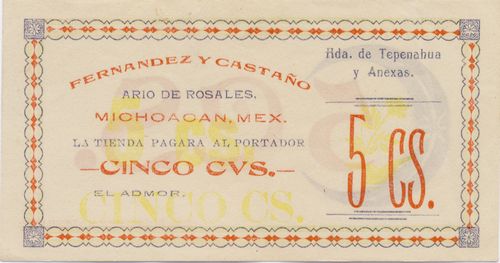 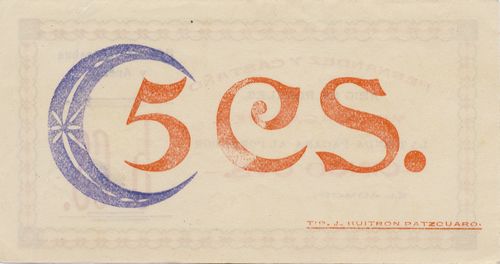 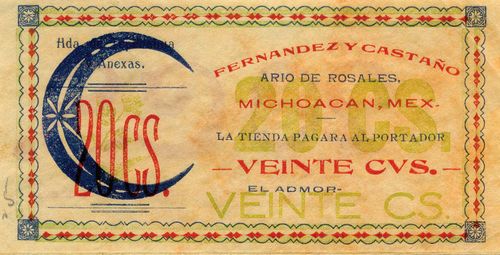 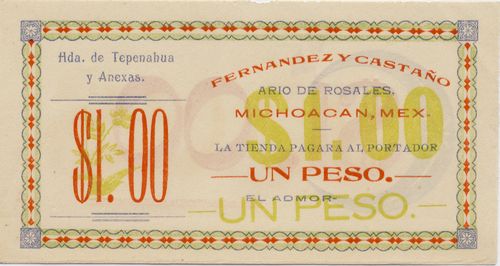 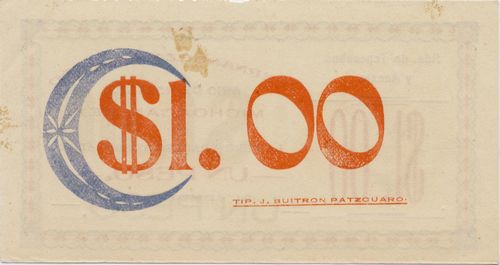 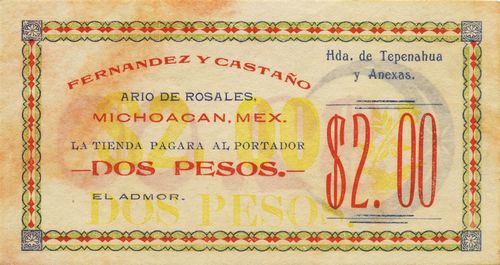 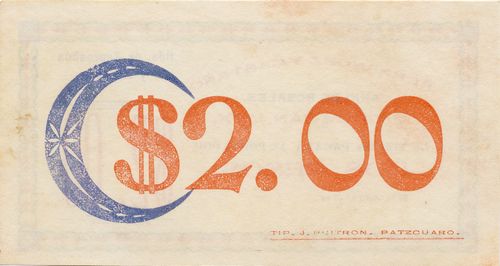 Cusi’s first sizeable property was the rancho of Matanguarán but he gradually acquired other holdings. On 12 October 1902 he took a sublease on the hacienda of La Zanja, which he later acquired outright for his sons, Alexander Eugene and Ezio, and renamed Lombardia. This purchase turned Dante Cusi and his sons into great owners, and, thanks to his expertise in agricultural and business work, into great entrepreneurs. In 1909 acquired another large estate, the hacienda de Capirio, which a few years later he renamed Nueva Italia.

In Nueva Italia Cusi introduced the most complex system of irrigation in Latin America for its time and produced cotton, rice, maize, melons and limes. Incidentally, when Cusi, after spending half a million pesos on irrigation works, wanted to use the water of his own estate, Minister of Fomento, Olegario Molina, said, “No,” but “Yes,” if he had the necessary papers drawn up by Joaquín Casasús, - fee, 30,000 pesos. 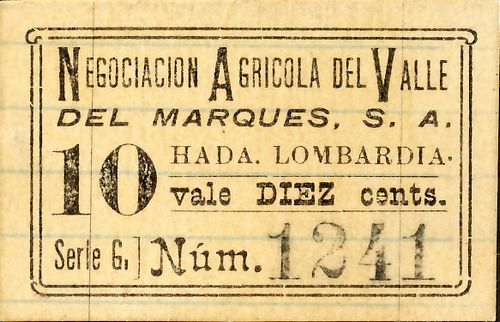 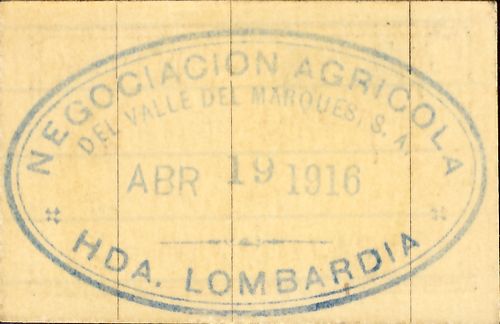 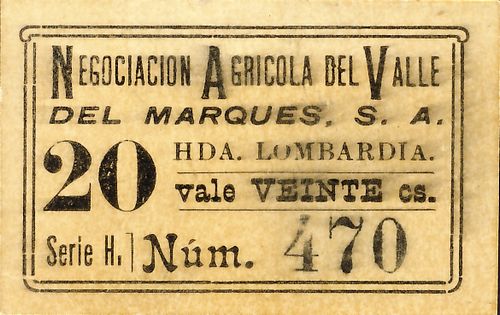 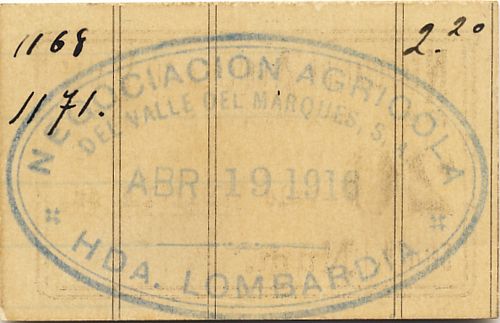 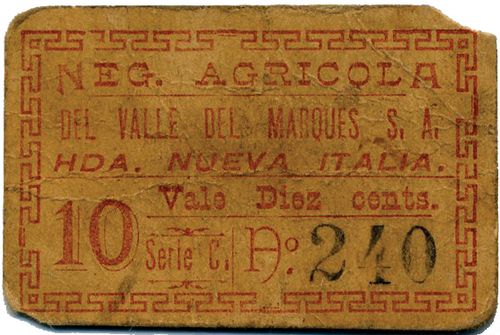 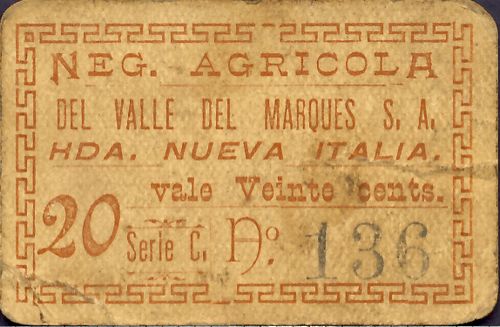 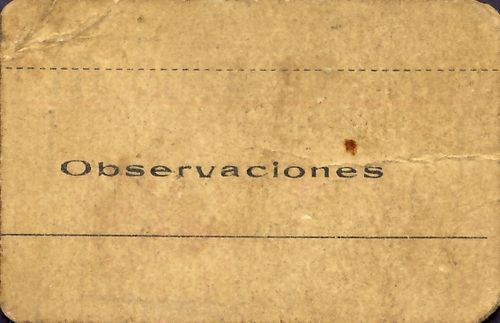 This hacienda was also owned by Dante Cusi. 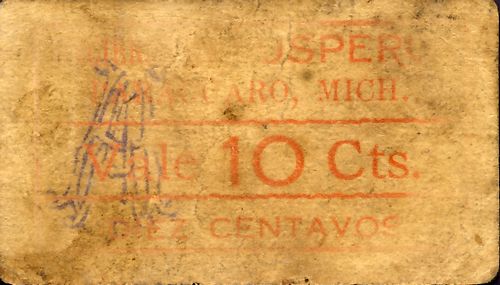 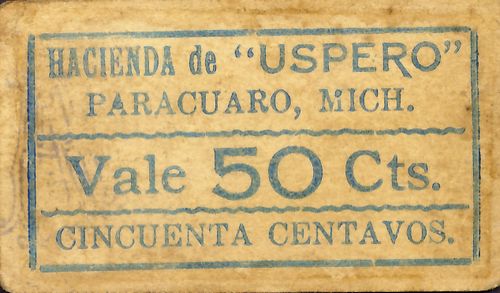 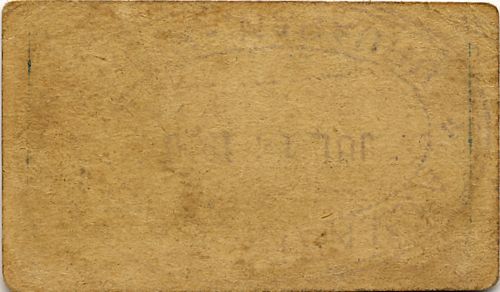