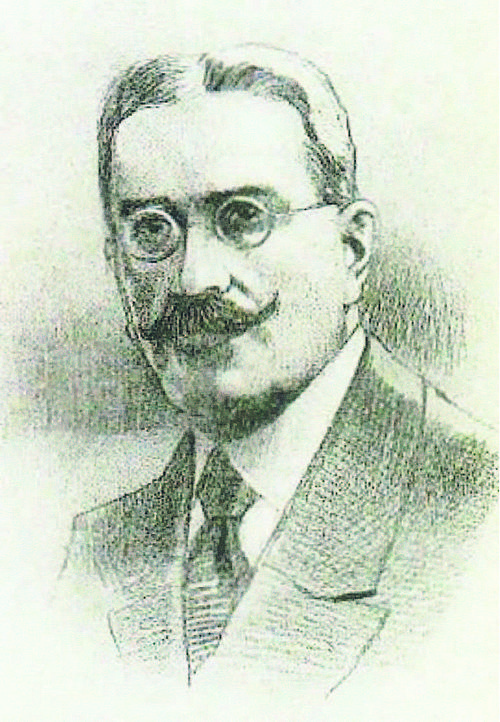 This was an all-female book-keeping school, run by Anastasio Treviño Martínez (1870-1943), which used its own “currency” in lessons. Treviño Martínez founded his commercial academy, which he called General Zaragoza, in 1901 and later in 1921 he established the Women’s Industrial School Pablo Livas. Later he was appointed treasurer general of the Nuevo León state treasury and served temporarily as governor of Nuevo León from 4 October to 25 December 1923.

The notes were printed in Spanish and English from one peso or dollar to 1,000 pesos or dollars. Some had a portrait ( of Treviño Martínez?) on the back or front along with either a printed name in block letters or a printed signature. Some notes were overprinted in ORO, GOLD or PLATA. 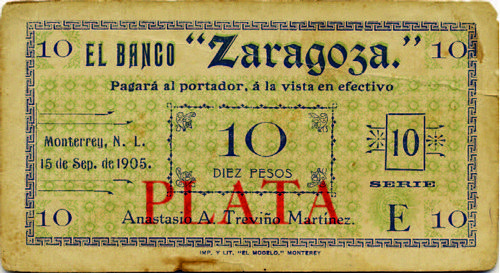 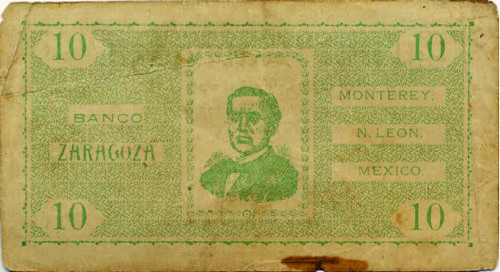 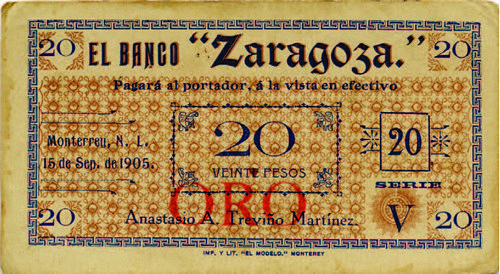 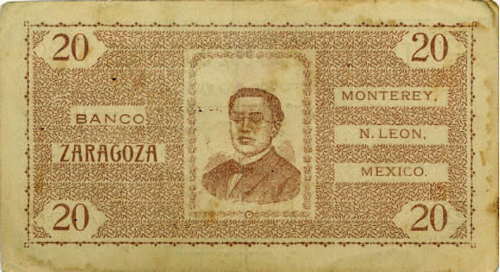 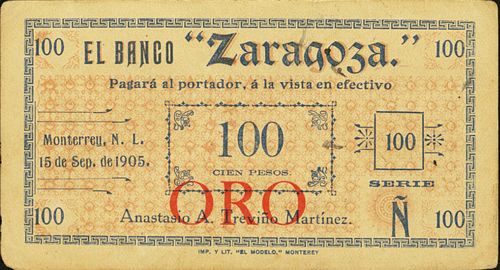 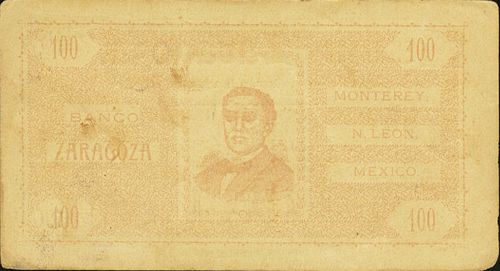 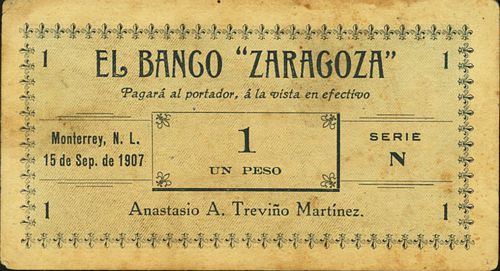 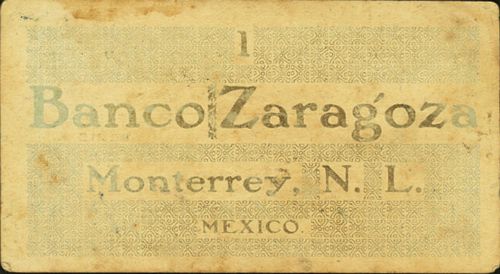 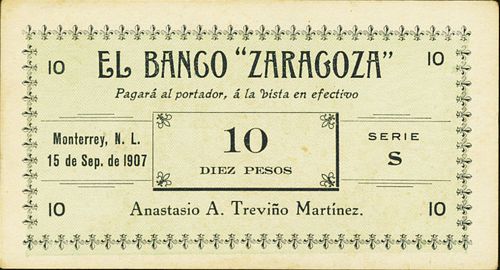 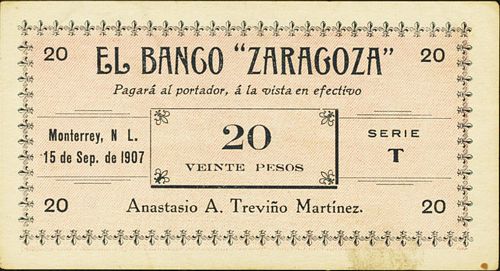 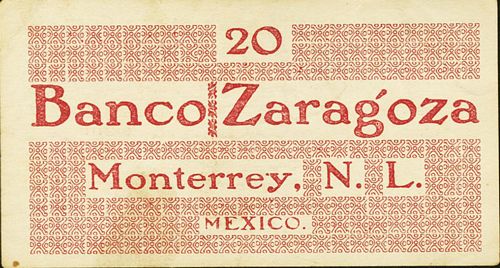 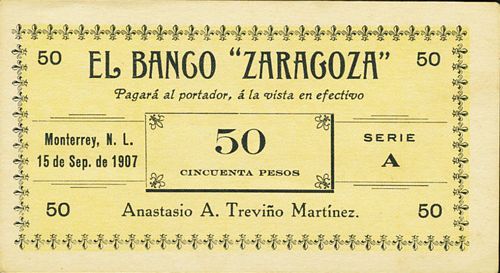 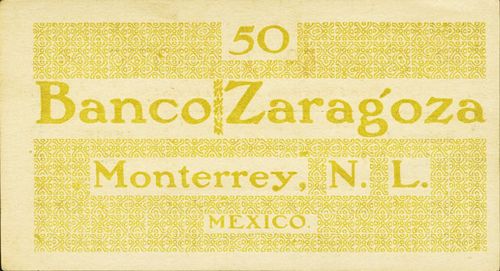 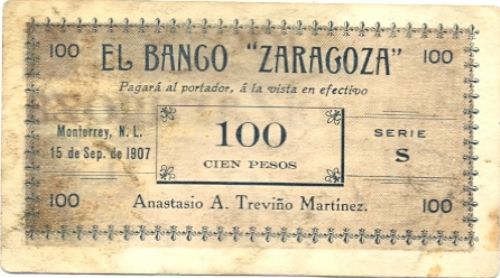 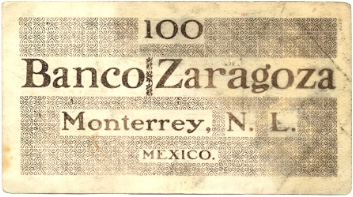 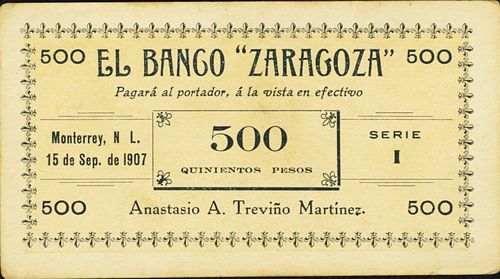 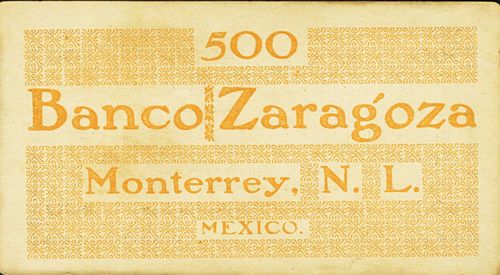 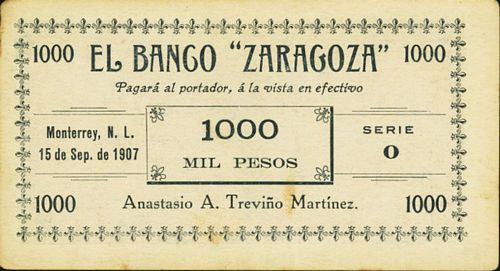 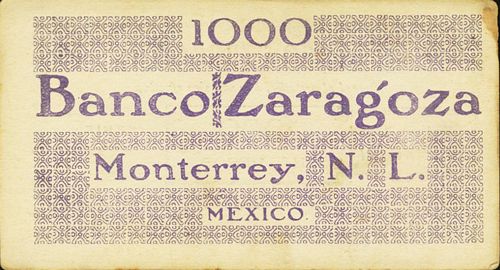 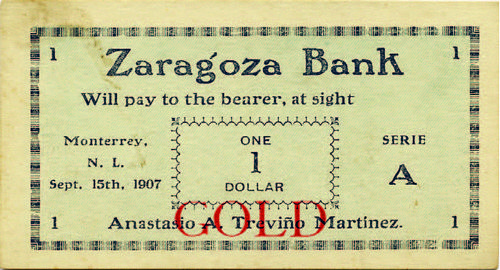 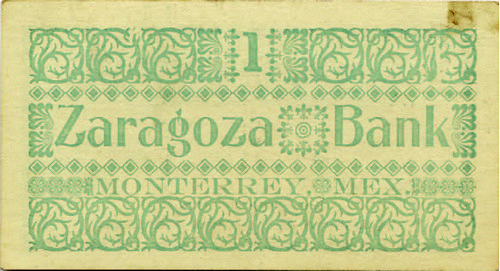 The following table shows the various known denominations, with their corresponding series letter. It is obvious that the school’s owner used his own name for the sequence.

Another book-keeping school with an issue dated September 1933. 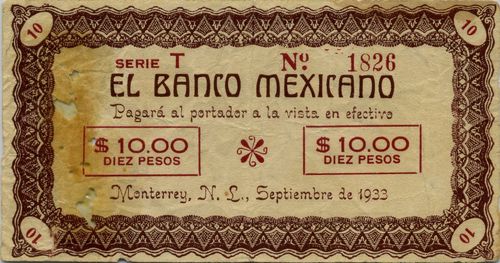