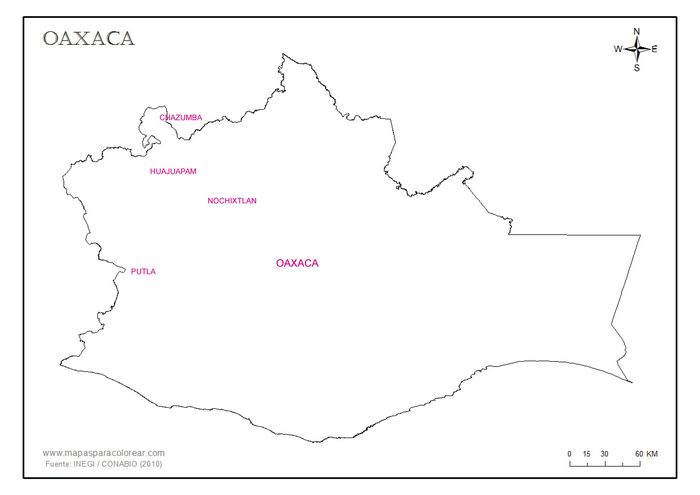 All the following issues, from April 1915 to August 1916, seem to have a common theme: that they were issued by an association of businesses, represented by a Tesorería, and redeemable when presented in a certain sum. So they will have been the result of local businesses joining together to address the shortage of change, probably depositing a sum with the local administration and, in return, receiving authorisation to make these issues.

The city of Santiago Chazumba is 58 kilometres north of Huajuapan

5c and 10c[image needed] cartones dated 1 June 1915. The vignette is the same as used on the $1 notes of the Ingenio Central de Ayotla. 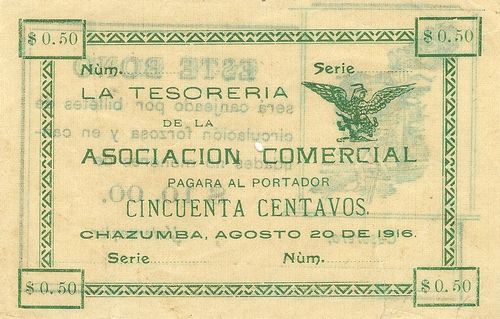 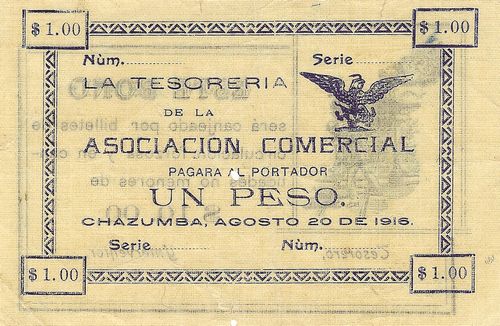 A 50c and $1 note dated 20 August 1916. These stated that they would be exchanged for notes of forced circulation in quantities of $10, and were signed by the Tesorero and Interventor.

The city of Huajuápam de León is 170 kilometres northwest of Oaxaca.

A series dated from May to October 1915. The denomination was printed in various formats. 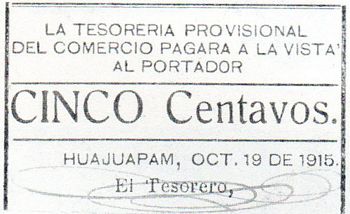 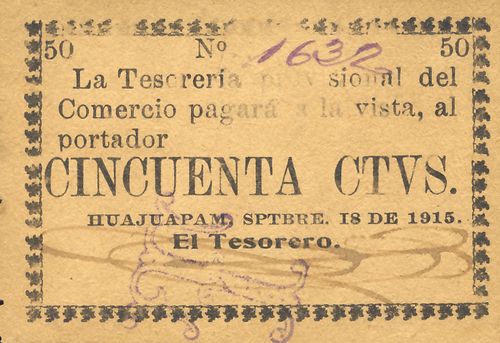 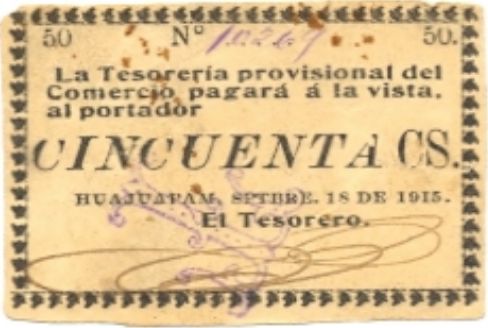 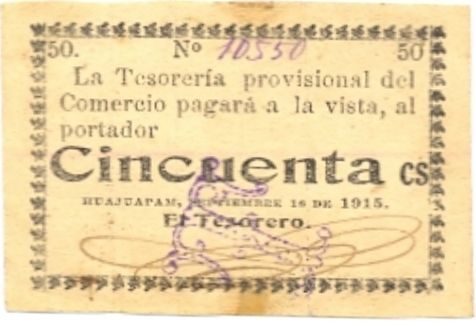 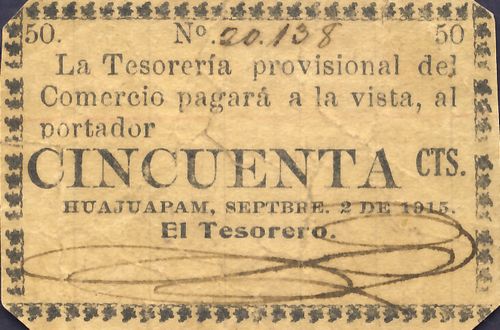 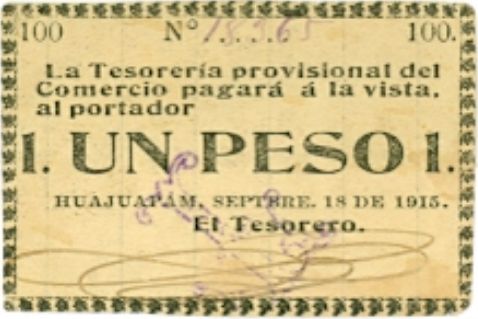 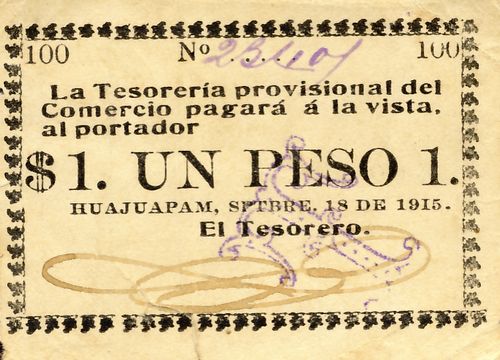 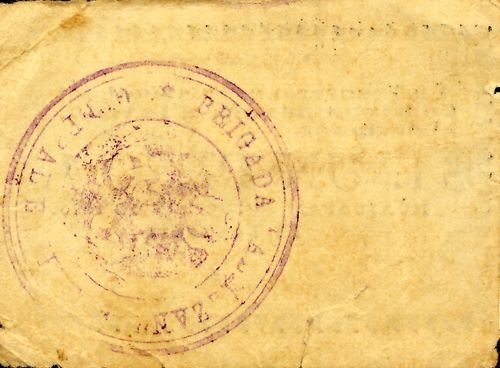 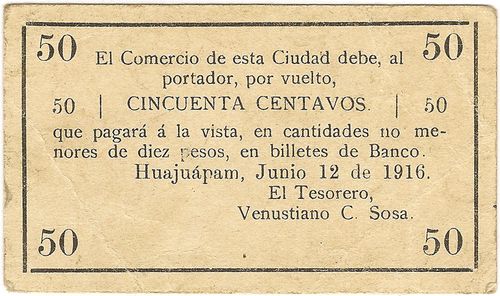 A 50c note dated 12 June 1916, with the name of Venustiano C. Sosa as Tesorero. Again, these were redeemable in banknotes in quantities of $10.

In 1912 Venustiano Sosa was a member of the Partido Científico, supporting President DíazHuajuapan, núm. 16, March 1974. He was presidente municipal of Huajuapam in May 1913 and prevented the escape of Jenaro Amézcua who was being held prisoner in the townEl País, 6 June 1913. Years later, on 8 October 1926, Sosa was appointed to the Junta de Administración Civil in the city of OaxaaPeriódico Oficial, Oaxaca, Tomo VIII, Núm. 42, 16 October 1926. 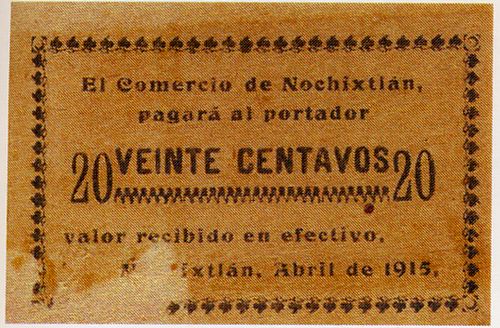 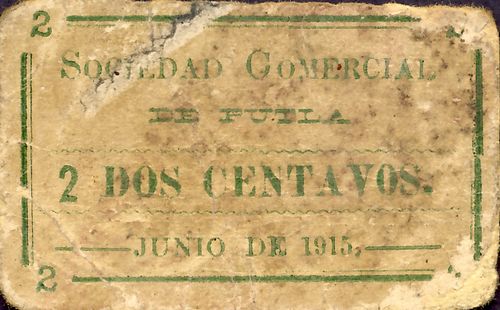 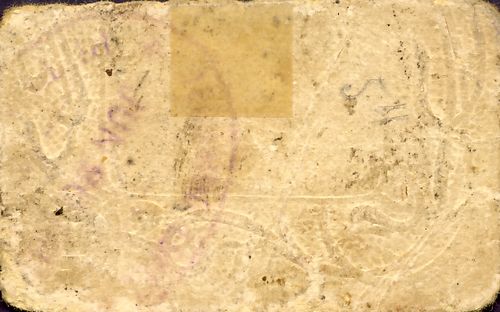