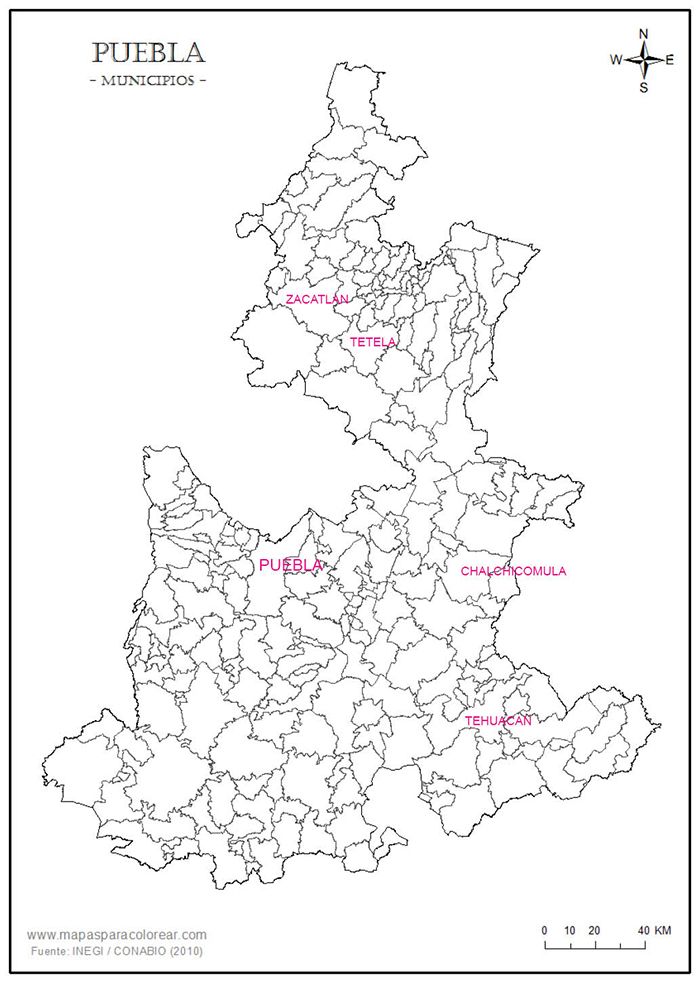 Various issues were made by combinations of businessmen.

Zacatlán is another city in the Sierra Norte.

The Caja de Comercio de Zacatlan issued a $1 note, dated October 1915, with the authorization of the Cuartel General of the third División de Oriente and so of forced circulation within the District. Strangely, these do not seem ever to have been discussed by the town counciArchivo Municipal de Zacatlán “Miguel Galindo y Galindo”, Actas. 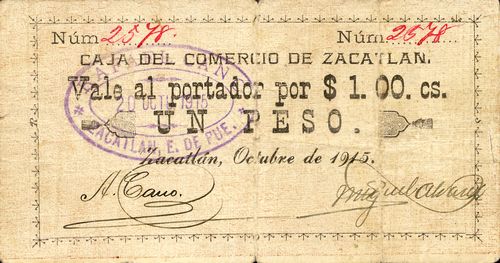 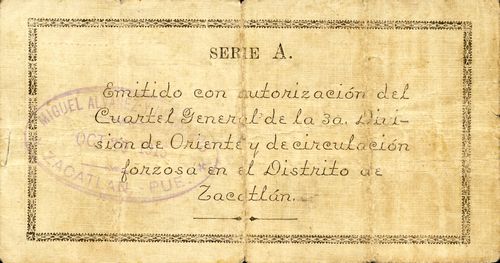 The two handstamps were of RAFAEL CANO and MIGUEL ALVAREZ Y HERMANOS. The notes were signed by A. Cano and Miguel Alvarez.

Tetela de Ocampo is a town in the Sierra Norte region of the state. 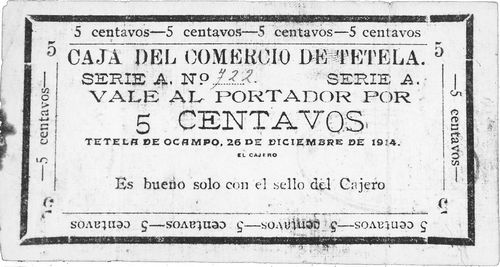 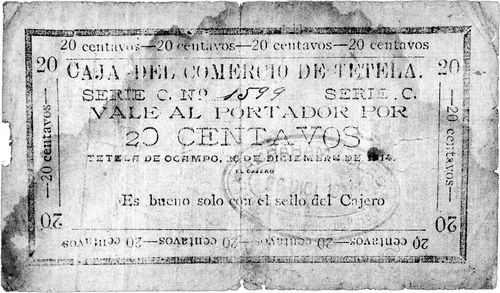 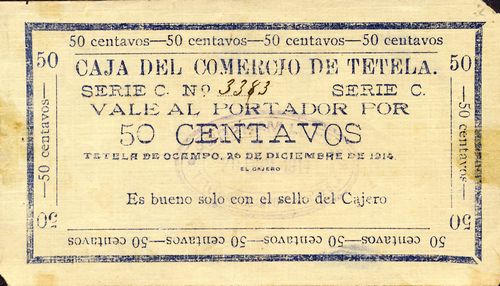 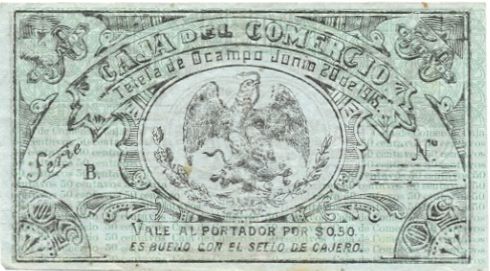 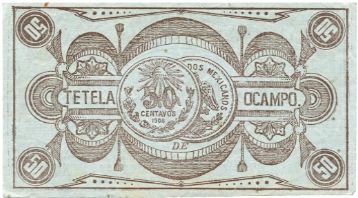 Chalchicomula (now Ciudad Serdán) is a city in the east of the state, just off the route from Puebla to Veracruz.

On 13 June 1916 the Junta Comercial, with the approval of  the Jefatura de Armas and Ayuntamiento[text needed], issued a series of notes to supplement Carranza’s infalsificables. 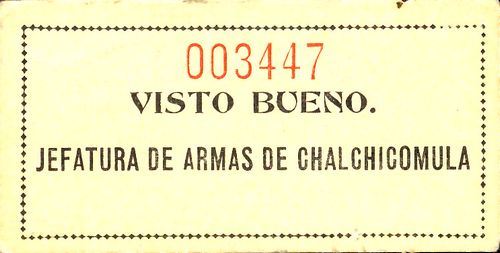 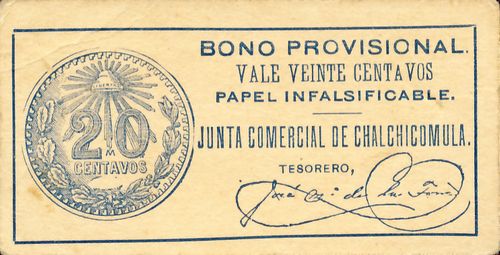 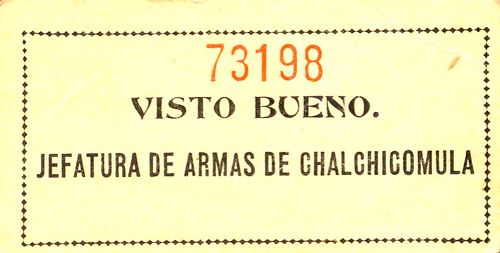 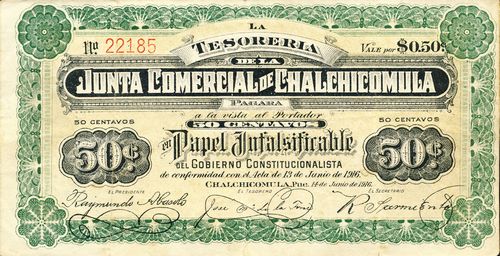 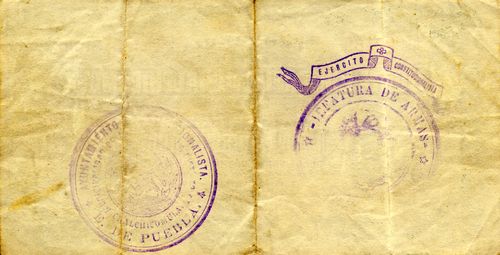 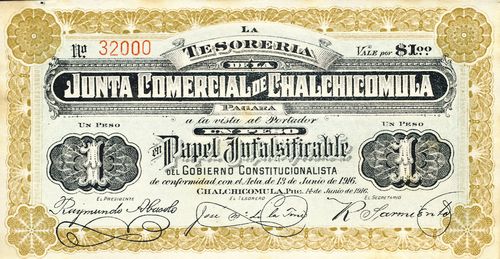 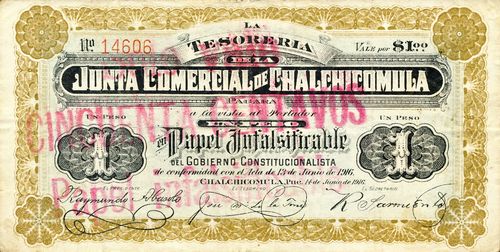 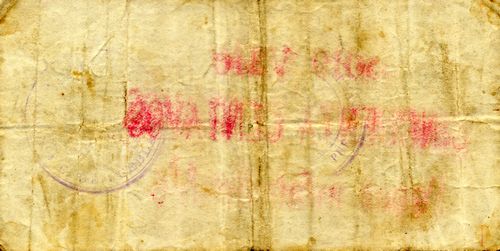 The higher value notes carry the printed signatures of Raymundo Abasolo, as Presidente, José María de la Torre as Tesorero and Ricardo R. Sarmiento as Secretario, whilst the two lower values only had space for de la Torre’s facsimile.

Tehuacán is the second largest city in the state, nestled in the Southeast Valle de Tehuacán, bordering the states of Oaxaca and Veracruz. 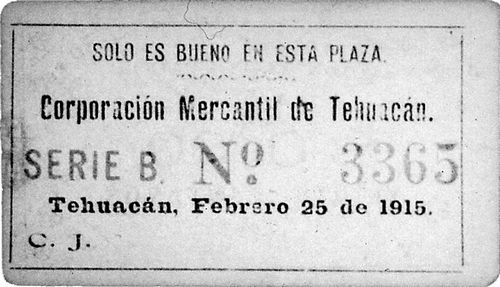 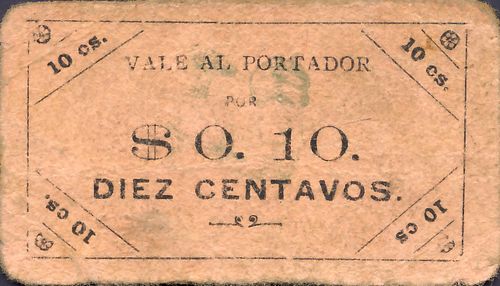 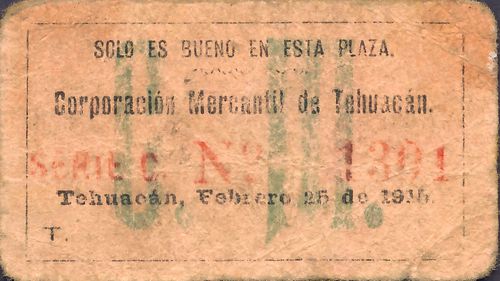 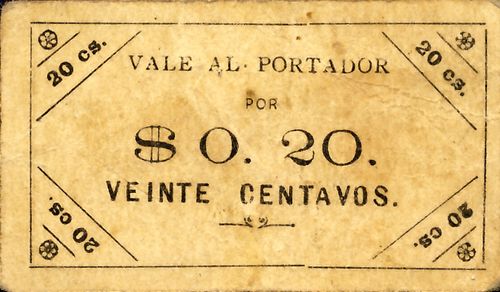 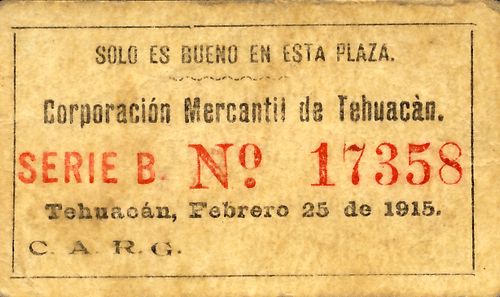 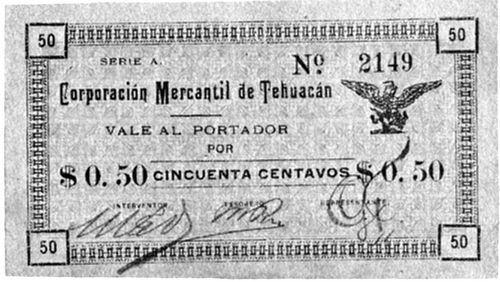