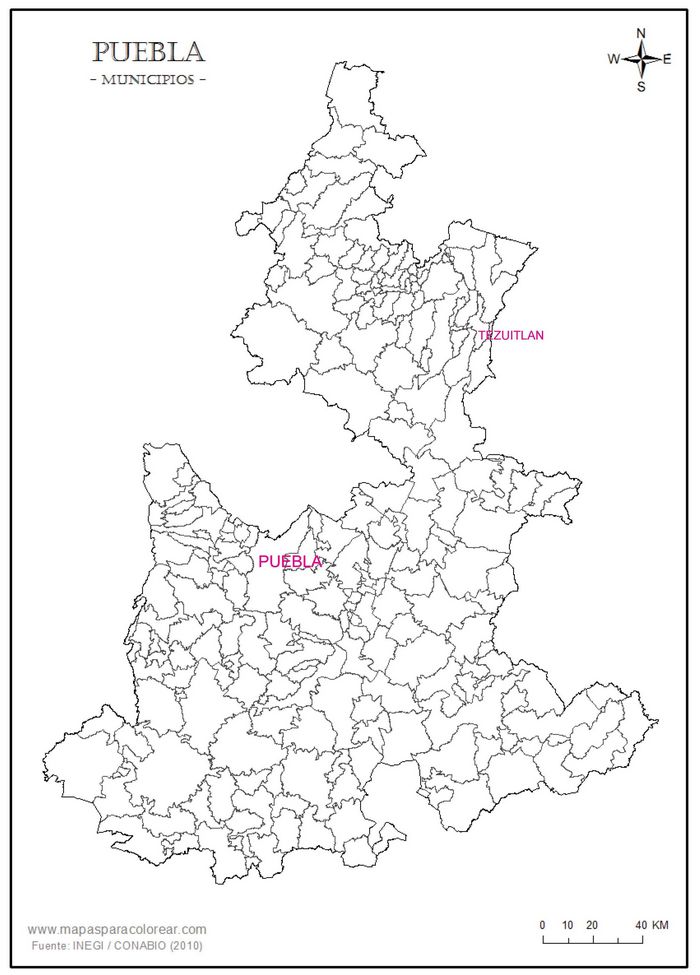 The mine and treatment plant of the Teziutlán unit of the Mexican Corporation, S. A., were located at Aire Libre, in Teziutlán, near the northwest edge of the state. The property was leased from the Teziutlan Copper Company. 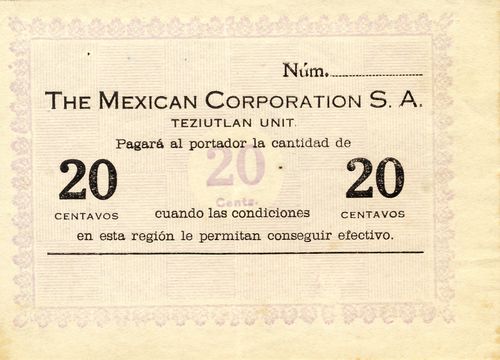 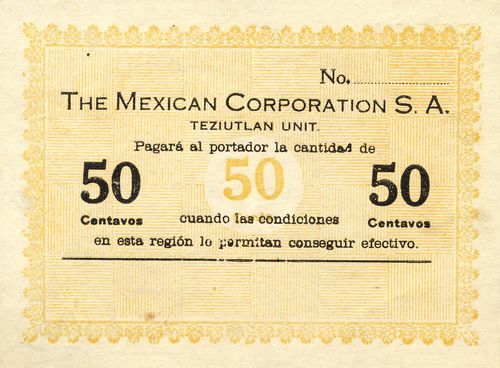 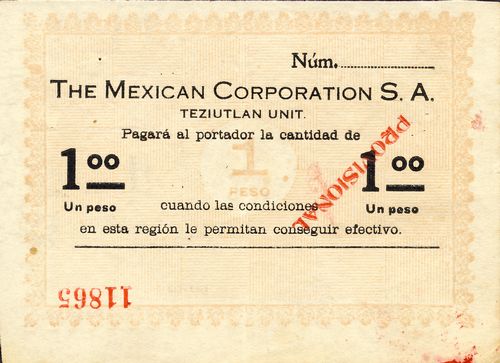 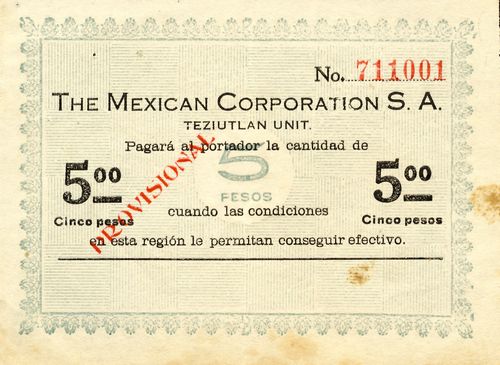 By January 1914 the company was already using script. Government permission to issue this paper was requested but refused because of a federal law against such issues. However, companies were advised verbally that in case such issues were made, nothing would be done towards their prosecutionAHMM, Fondo Norteamericano, vol. 41, exp. 15, Dirección General, Correspondencia, Mar 1913 – Nov 1914 Weekly gossip letter 26 January 1914. The Secretaría de Hacienda further stated that if arrangements could be made making paper money issued by mining companies legal, a great obstacle would be that each vale would necessarily carry four cents revenue stamps. On vales of five cents, therefore, 80% would be charged in stamps.

A Mexican newspaper reported this issue. “The Tezuitlan Copper company in the state of Puebla also has taken similar action. The conditions under which the vales are redeemable, however, are different. At Tezuitlan the company states that it will redeem the vales in cash as soon as conditions are such as to allow of the transfer of silver and small notes to that place”The Mexican Herald, 9 February 1914.

Generally, these private issue were quickly withdrawn and by March 1914 El Oro and Pachuca were the only places where vales were being usedAHMM, Fondo Norteamericano, vol. 41, exp. 15, Dirección General, Correspondencia, Mar 1913 – Nov 1914 Weekly gossip letter 23 March 1914.

Counterfeits are known, possibly contemporary, possibly made for the numismatic market. 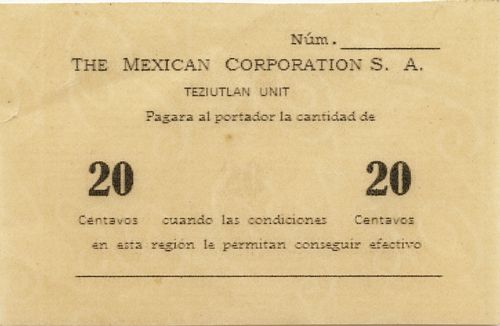 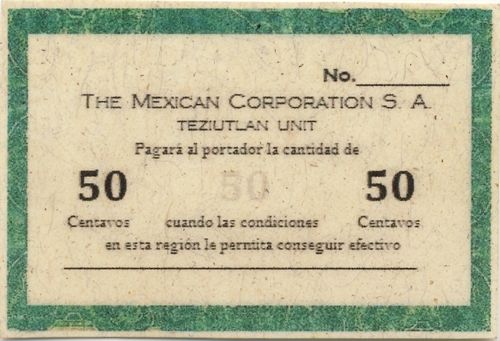