Mining scrip and other abuses 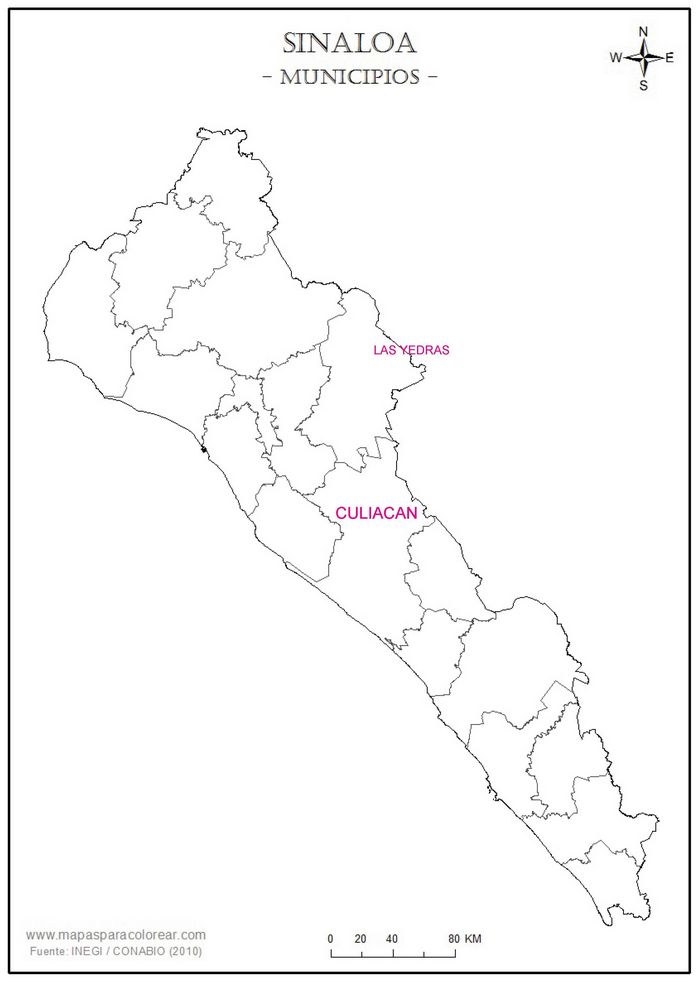 The Anglo-Mexican Mining Company Limited was formed in England in 1883 to purchase from the Yedras Mining Company of New York, the Yedras silver mine, mill and plant in Badiraguato and a large tract of land surrounding the mineSouth Wales Daily News, No. 3703, 15 January 1884. The mine was located about 130 kilometres north of Culiacán. 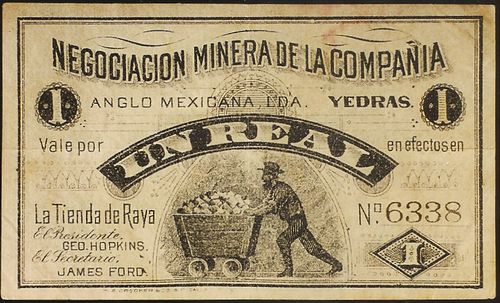 In 1886 a newspaper reported that the company had established a tienda de raya, operating a monopoly and charging excessive prices for its goodsEl Diario del Hogar, 4 April 1886 The report says that the company was American. This 1 real vale for goods in the tienda de raya has the names of George Hopkins as Presidente and James Ford as Secretario, both of whom were based in London, England, and was produced by H. S. Crocker & Co., of San Francisco, California.

Following the law of 30 November 1889 forbidding the use of scrip, on 11 June 1891 the superintendent of the company, Algernon Sydney Jones wrote to the Ministro de Fomento asking for an exemptionSuprema Corte de Justicia de la Nácion, Ignacio I. Vallarta, Archivo Inédito, 131. He explained that the mine was six days travel from Culiacán, five from the district capital, Badiraguato, and twelve from Chihuahua with no important town nearby. The company therefore paid daily, to attract employees, but there was a lack of fractional currency, since the Culiacán mint was not producing much, and the employees, when moving on, took the money that they had been paid with them. So the company paid in fichas, to be exchanged for hard cash, whenever the stage arrived from Culiacán every one or two weeks, but never abused this system. The new law made the current practice impossible and threatened to leave the mine without workers so Jones asked for an exemption.

On 5 September 1892 Morlett, Ituarte y Compañía made a complaint to the Supreme Court over the use of fichas to pay the workers at the mineArchivo Ignacio L. Vallarta, 1337. But on 5 December 1893 the company asked the Secretaría de Hacienda if it could continue using fichasArchivo Ignacio L. Vallarta,1407 so it seems that it employed the usual stratagem of dragging the matter out as long as possible.

By 1896 the mine had been closed because of the continuing losses it had sustainedThe Mexican Herald, 29 June 1896.

On 30 September 1907 a Mazatlán newspaper, El Demócrata, carried a long article by Enriquez Martínez Sobral attacking the system of fichas, by which workers, on requesting an advance, were paid not in dinero but in ‘“fichas,” vales, tarjetas, planchuelas ú otros signos que naturalmente, no son de recibo en ninguna parte’ to be  used in the tienda de raya. Or workers were paid in fichas and never saw a coin, so that they had to return their wages in purchases with the patrónEl Demócrata, Mazatlán, Tomo II, Año II, Núm. 449, 30 September 1907.

On 18 June 1911 in a letter to El Correo de la Tarde, Juan Manuel Banderasfor Banderas's life, see Saúl Almando Alarcón Amézquita, Juan M. Banderas en la Revolución, Universidad Autónoma de Sinaloa, March 2006 denounced the oppression felt by mine workers who received their wages not in legal tender but in vales for the tienda de raya. In addition he enclosed a copy of a notice that the Junta Militar had sent to the governor, about the payments that mining companies made with ‘boletos de crédito'El Correo de la Tarde, 18 June 1911.