After Huerta in November 1913 changed the Ley General to allow banks to issue notes in denominations below five pesos the Banco de San Luis Potosí had $1 and $2 notes printed by the American Book and Printing Company in Mexico City. The vignette of the bank's main offices had already been used on the banks's headed paper. 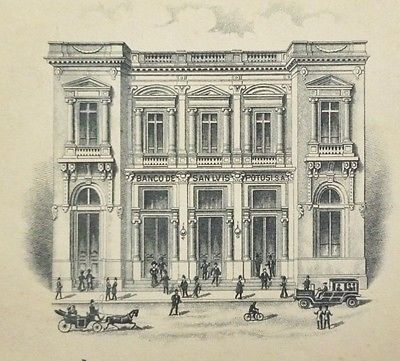